As one of the last urban blocks to be realized in the ‘Céramique – Area’ of Maastricht the scheme does not opt for the here common solution of the closed perimeter block, but employs a spatial strategy in which urban space is opened up. Through strategically placing three volumes, it not only makes the public space flow though the site, but it also involves the triangular green area to its east into this interlinking of urban spaces.
The program to be housed within Piazza Céramique was that of an integrated form of dwelling and working, which was partly integrated within the living units and partly separated from them. The basic architectural concept of the project, in terms of structure and infra-structure, allowed a large degree of flexibility while remaining within the limits of the buildings envelop. This flexibility the client exploited to the maximum. During design and construction, the client changed his mind several times about the numbers of apartments, work units, home offices and commercial spaces, which resulted in the present project with its 92 apartments, 27 with home offices, a commercial space and 7 individual work units. In terms of home office typology the project tries to revive the 19th century type of mansion-annex practice usually inhabited by lawyers, doctors, architects etc. Characteristic for this type of integrated house-and-practice was the separation of entrances, leading to the public practice and the private house. Thus, one of the themes informing the design of these integrated home office apartments is the double entry and the psychological split between the more private space of the family and for living, and the more public space for working and receiving clients. Another result of the synergy of integrating dwelling and working within the same block is the possibility to create a more spacious entry-hall than the one usually possible in a Dutch housing project. In this case it is a glassed atrium that acts as a sort of public lobby for both the apartments and the workspaces.
The choice of construction was also an uncommon one for a housing project. Normally the floors span from apartment to apartment, however, to keep the subdivision of the integrated apartments as flexible as possible, the floors in this project span from the outer façade to an inner ring of service spaces, which concentrates all infrastructure. As earlier explained this allowed a large degree of flexibility.
The Céramique quarter in Maastricht was named after the Société Céramique established on the site since 1859. A century later they merged with the “Royal Sphinx” industry that produced porcelain and earthenware. As a continuation of the site’s tradition, the masterplan demanded the use of red brick on a plinth of traditional blue stone. We further opted for a low tech building with natural ventilation and traditional folding shutters to filter the sunlight trough their perforations and provide privacy for the inhabitants.
In terms of materialization, a deliberate attempt has been made to harmonize with the surrounding buildings so that individualization within the architectural collective can express itself, exactly in the concept of 'turning inside out'. In the extension of this concept, an integral solution to the problem of the outdoor space was sought, consisting of the usual individual interpretation of balconies and terraces with sun blinds and privacy-protection measures. This was found, on the one hand, in the application of private outdoor spaces behind the façade and, on the other, in the folding shutters, by means of which every individual can filter his privacy and sunlight to various degrees in each room. Despite the strict rhythmic structure of the façade, this possibility ensures a dynamic expressive picture of the façade, as a consequence of the fact that these folding shutters are manually operated. 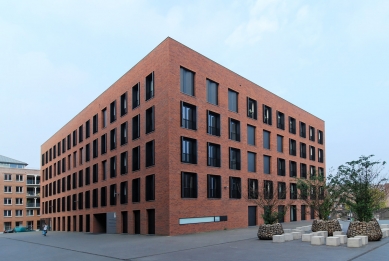 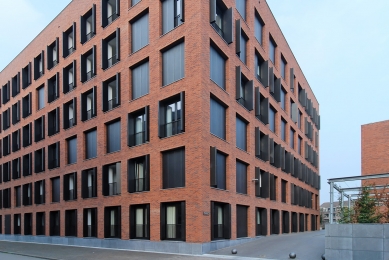 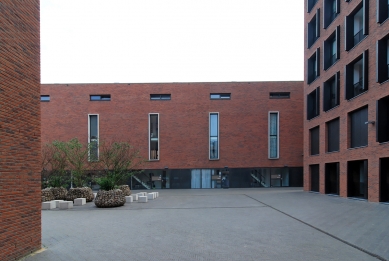 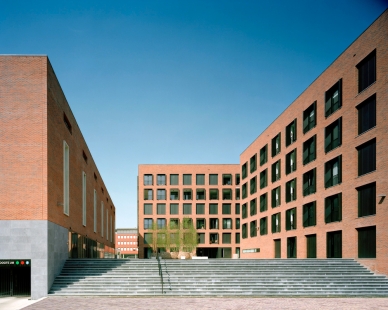 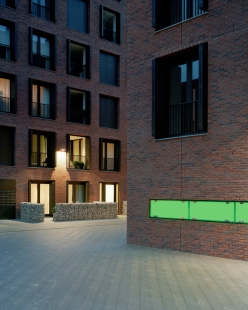 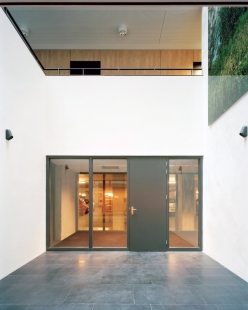 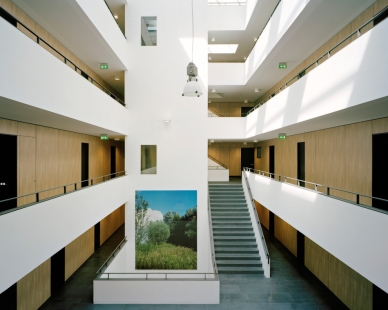 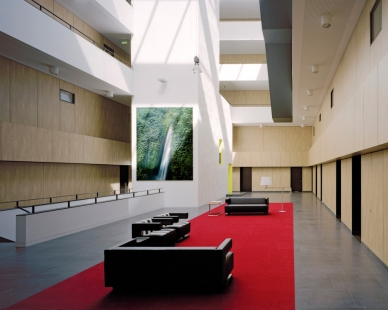 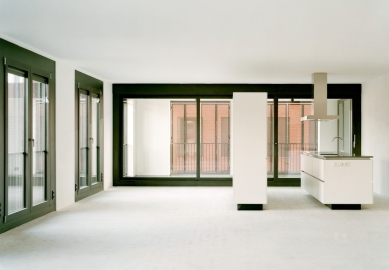 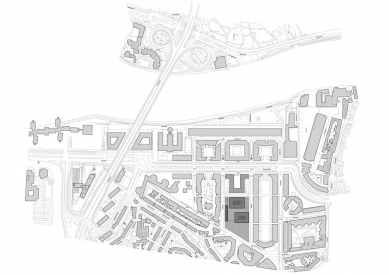 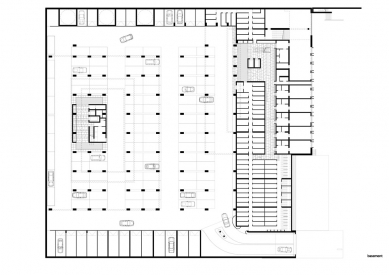 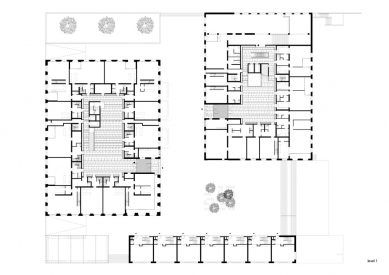 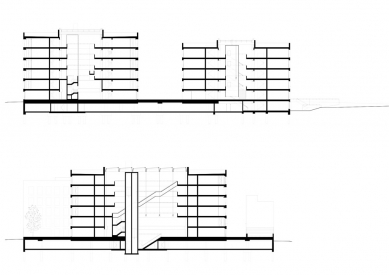 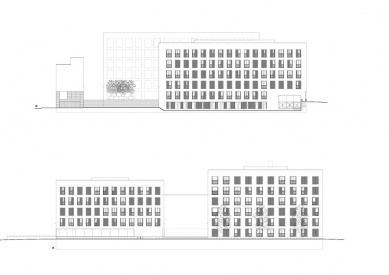