Photography: Anja Schlamann
The residents of a socially depressed neighbourhood have organised to collect and share books in an open-air library that they have constructed, after a participative process, with prefabricated pieces from a demolished building.

Previous state
Like many other suburbs of East Germany, the Salbke district in the south-east of Magdeburg is deeply immersed in a state of physical and social decadence. Unemployment figures are high and public facilities are scarce. In the old centre closed-down businesses abound along with unoccupied housing, vacant lots and abandoned factories that populate the post-industrial landscape. One of the vacant lots was the triangular space defined by the intersection of the main street with Blumenberger Strasse, which remained vacant after the old district library was demolished.

Aim of the intervention
In 2005, this setting constituted the departure point for an urban planning experiment called “City in trial”, which aimed to reinforce the social networks of Salbke. The deserted premises of a shop adjoining the site of the former library was used as a space for organising a book collection and to gather the residents in an open, neighbourly participative process. With advice from a group of professionals, a programme of needs was agreed upon, and several designs for an open-air library on the site were produced. Some twenty thousand books were collected and, with over a thousand beer crates a 1:1 scale model of the design that the residents liked best was constructed on the definitive location. This temporary construction was the venue for a small two-day reading and poetry festival.

Description
The success of the initiative helped to achieve the necessary funding from the Federal Government to construct the facility, which was opened in 2009. Prefabricated pieces from a recently-demolished building from the 1960s were recycled to cover the facades of the new building. A thick wall containing shelving for the books shelters a green space where people can read in the open air and it culminates in a higher section that houses a cafeteria and a provides a stage where primary school plays are performed, public readings are given and young people’s bands hold concerts.
Open to the public twenty-four hours a day, the library is managed by the residents themselves who, without any checks or monitoring, freely borrow and return books. Although, as if testifying to the harsh surroundings, the new library has been vandalised on occasion, it is a fully functioning concern.

Assessment
The success of this experience counters the scepticism that often hovers over the trade-off between participative processes and the practice of good architecture. Far from being gentrified, the urban setting of Salbke takes on added value with the presence of this building, which sagely takes over an interstitial run-down space to give it order and also signal its presence. Without renouncing the use of contemporary language, its facades sympathise with the collective imaginary since they have recovered the prefabricated pieces from a now-gone emblematic building. With limited resources, the residents have brought into being a building that is innovative in both form and function and which, thanks to their involvement in the project, precisely responds to their demands.

Besides keeping construction costs low and avoiding the energy consumption of air-conditioning, the absence of a roof and facades suggests the appearance of a neighbourly and responsible way of using a public facility. The citizen participation that is revitalising the social fabric does not end with conceiving a building since, now the professionals who acted as advisers have gone, the residents have taken over its management. The result points to the possibilities of a civil society that is able to emancipate itself from the upside-down State protection when the public administration does not satisfactorily meet its needs. 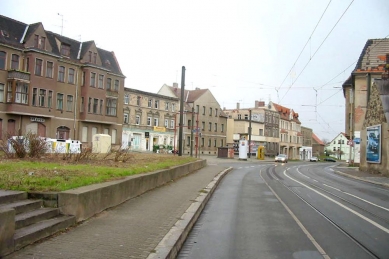 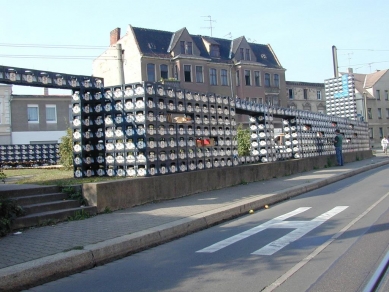 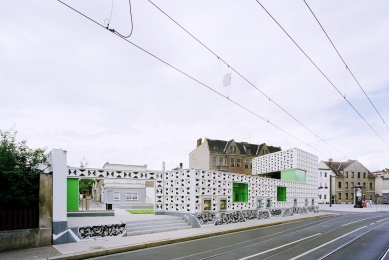 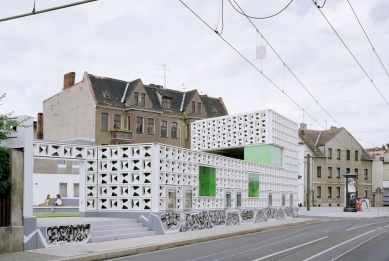 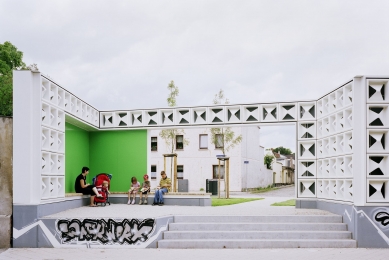 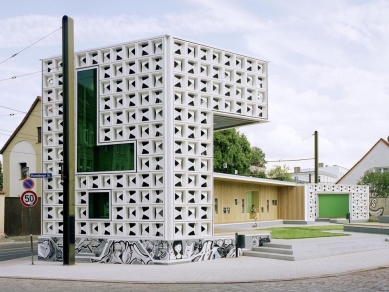 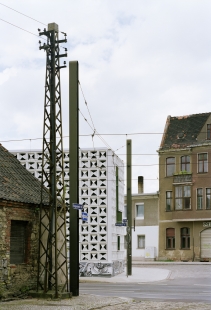 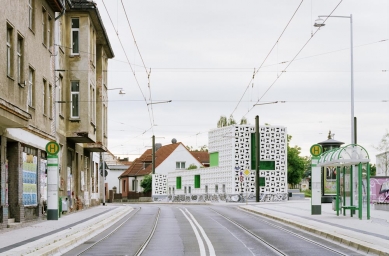 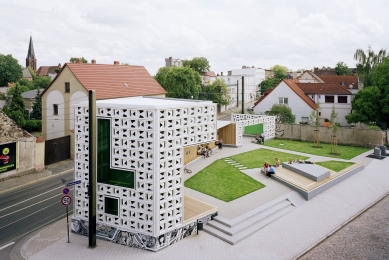 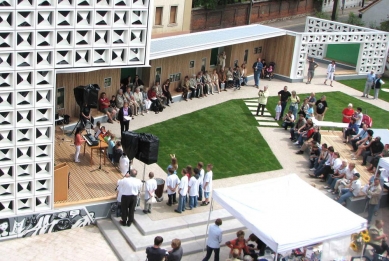 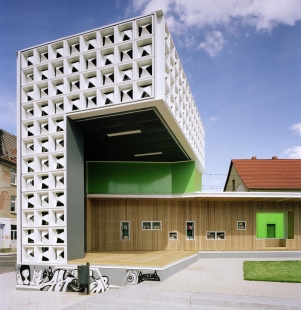 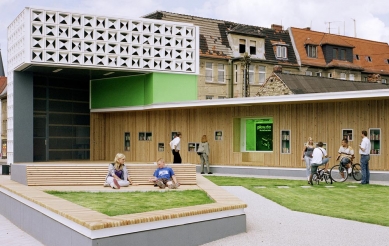 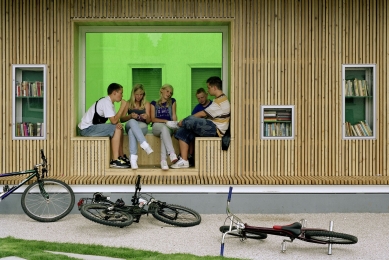 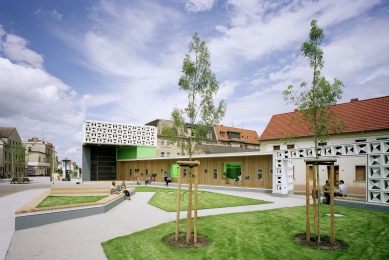 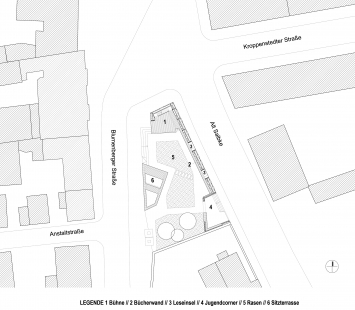 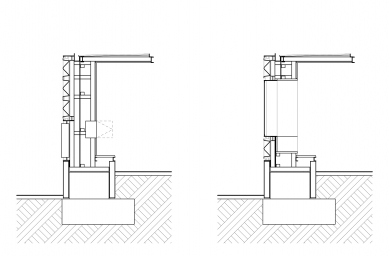 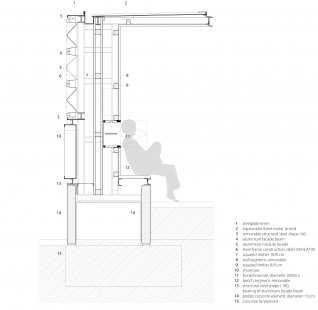 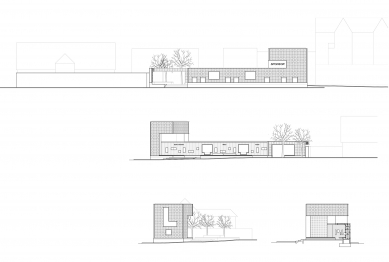 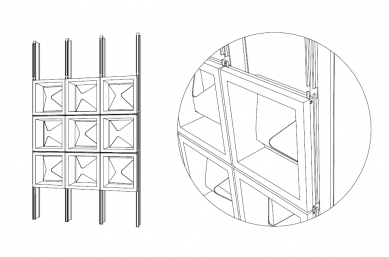 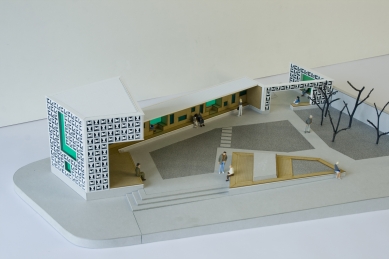 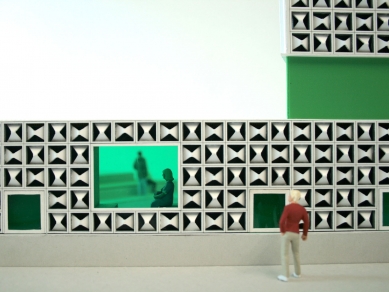