The tower-shaped building was erected on a site along the Seestraße, where the large volume of the development merges into an urban settlement that features smaller structures, right before several cultural institutions including a museum, a theater and the Kunsthaus delineate the urban limits on the lakeshore. The vertical orientation defines the streetside location, while houses adjacent to the building are slightly removed from the street and form a small plaza. Historical elements of the city find their continuation in newly erected buildings that adhere to traditional dimensions. A single-storey structure that is associated to the offices on the same level sits atop the access of an underground garage, to the right of the six-storey tower, whose ground level is reserved for retail, while the upper levels sport offices. Adjacent to the left, between the rear end of the office tower and a house on the corner that was built during the Gründerzeit era, a diffident three-storey edifice has replaced a dilapidated structure. The façade of the office tower is fully glazed, while the concrete ceiling rests on slender cylindrical columns. Their ends are emphasized by the façade design so that the storeys become more ronounced, which benefits the dimensions of the building and its integration into the adjacent development featuring smaller structures. Staff working in the upper storeys are able to enjoy a view of the green parkland on the lakeshore above the Seestraße and the railway. 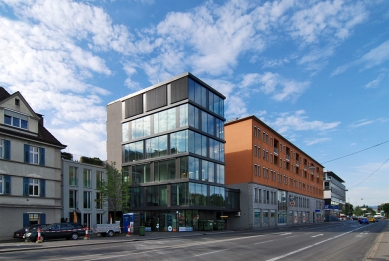 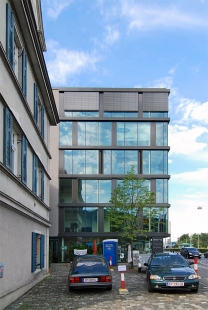 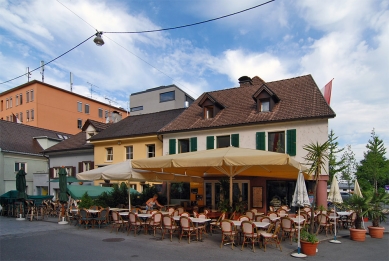 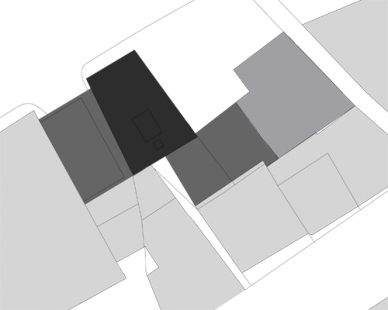 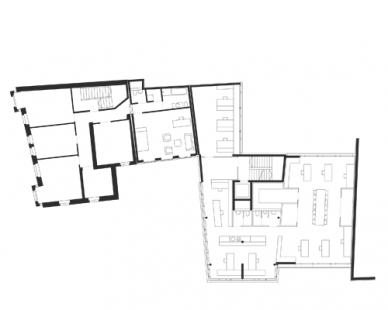 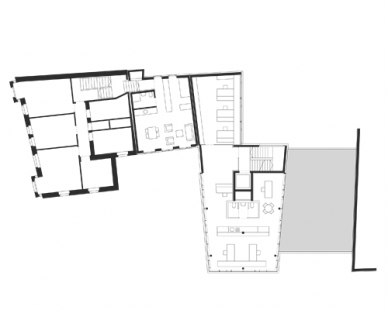 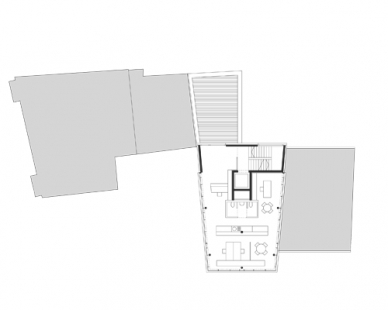