The new secondary school marks the beginning of a graduated arrangement of large structures along the smoothly curving street. Exorbitant costs of operation called for introducing clear economic and energy guidelines when announcing the competition for the design of the urgently needed refurbishment of the old school building. After a record construction time of only 18 months upon nominating the winner of the competition, operations were commenced at the school building, which consumes less than 15 kWh/m² total energy per year and fulfils the Voralberg passive-house guidelines.
The L-shaped building is slightly removed from the street and its wide south façade flanks a square. The section of the building associated to the public space is slender and houses a covered atrium and the library of the three municipalities on the floor above, as well as the generous entrée. The building section stretching far north houses classrooms along ist eastern and western façades. Three building uses extend parallel in between: a wide corridor is located in the center, on the right there is a three-storey space, lit from above, rhythmically interrupted by the foot bridges providing access to the classrooms, and lining the left side of the building is a strip of adjoining rooms, repeating the same layout on all three storeys.
The architects succeeded in achieving construction costs of only three per cent above that of a conventional construction project, while reducing energy costs by 70 per cent compared to the old school building. No cut-backs were required in terms of architectural details. 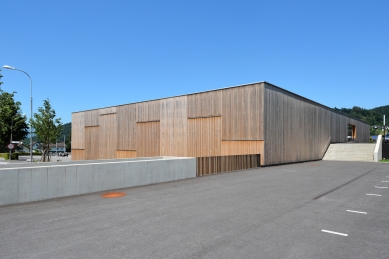 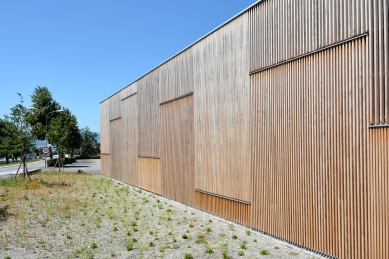 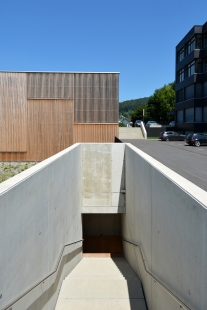 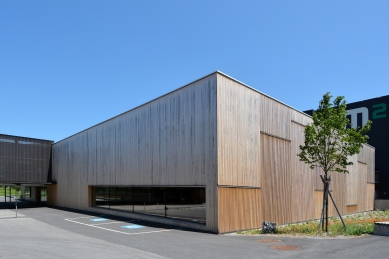 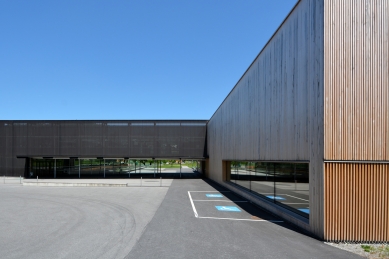 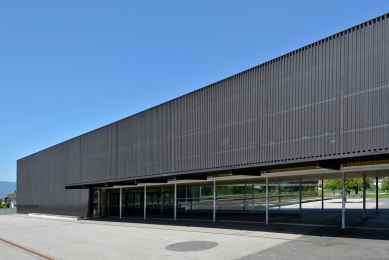 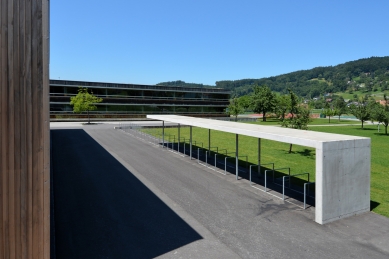 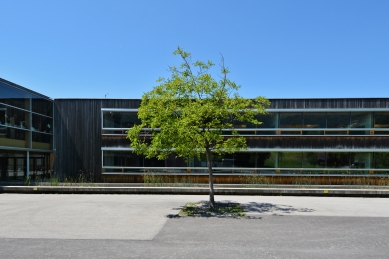 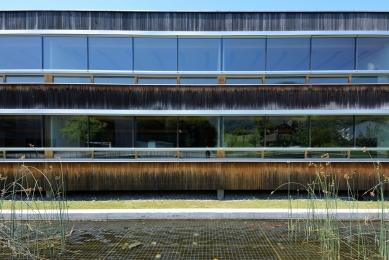 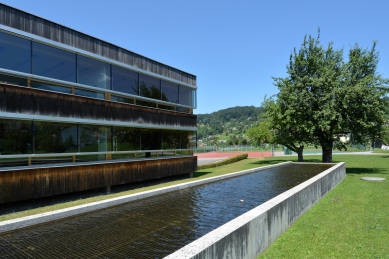 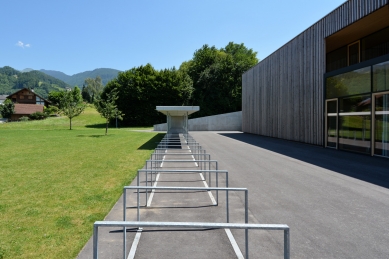 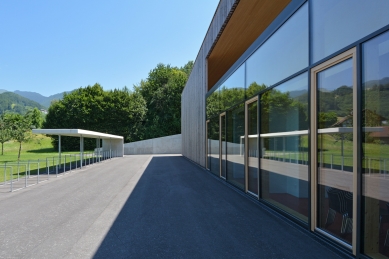 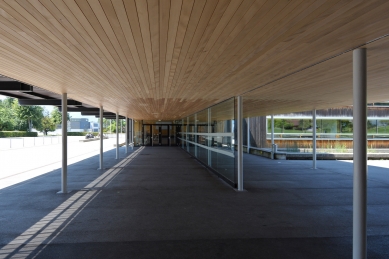 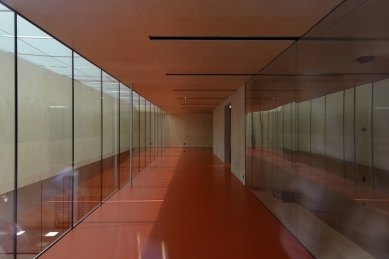 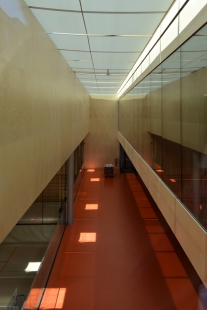 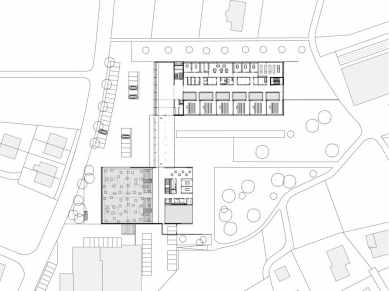 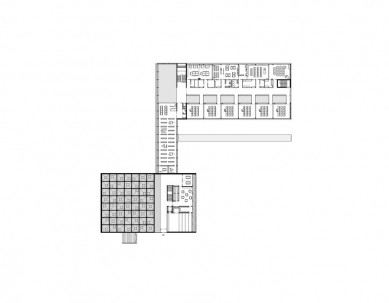 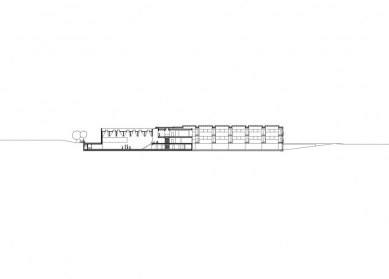 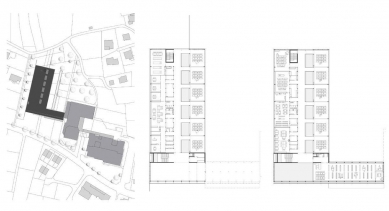