The Umraniye retail development aims to perform not just as a proficient retail complex but as a true urban centre for the future development of one of the fastest growing areas in Istambul. Currently located in a suburb, the site will become in the near future a dense urban fabric built around the expanding retail complex currently located in the site.
The building anticipates through its geometry and circulation strategy its subsequent integration into a dense inner city context aiming to formulate an alternative prototype to the usual out-of-town retail box development. The provision of underground car parking is a major part of this strategy, liberating substantial amount of ground floor space to be used for landscaped areas and a new urban square in the centre of the scheme.
The central square is activated though a number of new pedestrian routes, linking the underground car park to the ground level and accessible from the wider city context though two new routes across the roofscape. All roofs are covered with extensive vegetation and connected to the surrounding topography at several points, trying to use the volume as an extension of the existing topography rather than as a container deployed onto an asphalt platform for vehicular access.
The roof is fitted also with roof lights that provide daylight and ventilation to the inner spaces. All the surfaces of the project that are not planted with greenery, both elevations and floor surfaces, are clad or paved with the same material: earth-coloured ceramic tiles that incorporate various degrees of perforation depending on functions and uses behind. 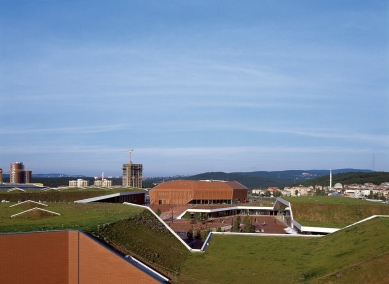 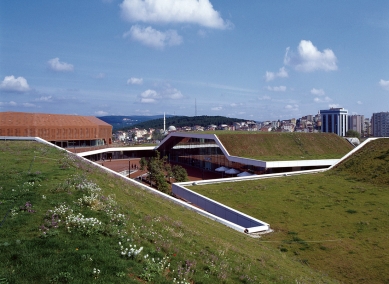 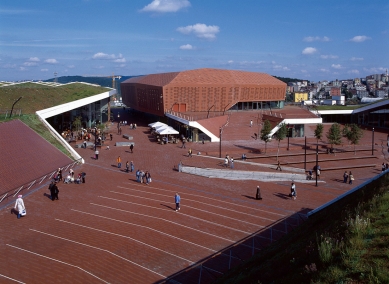 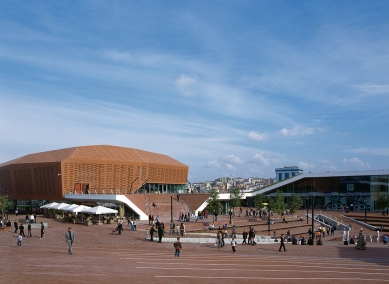 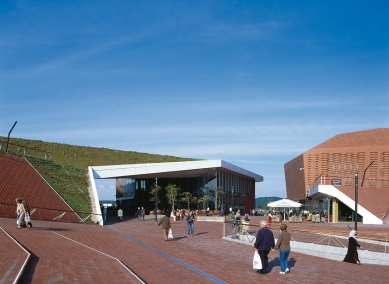 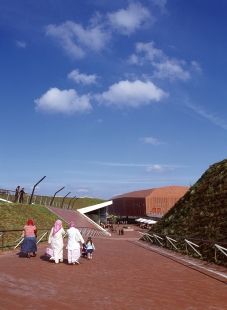 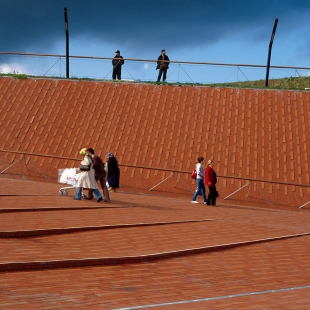 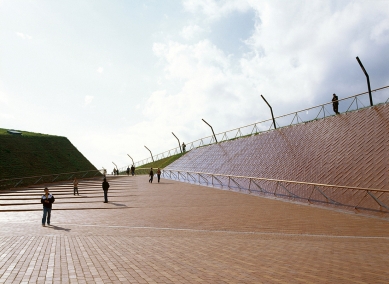 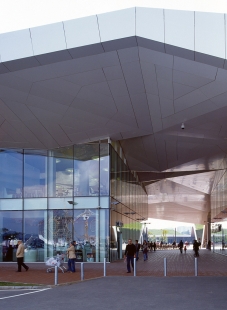 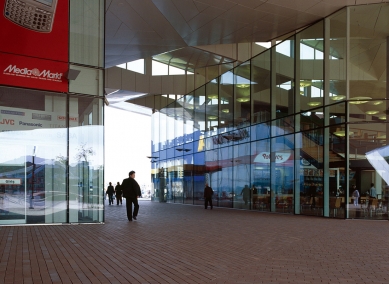 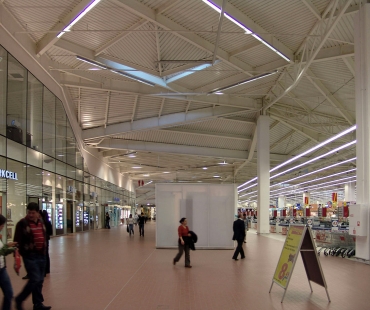 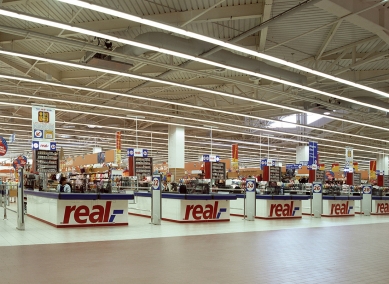 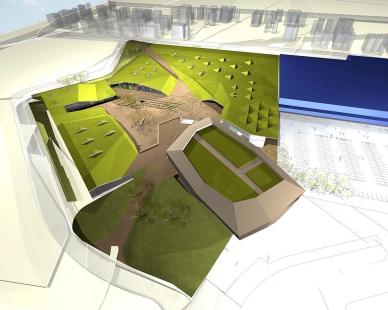 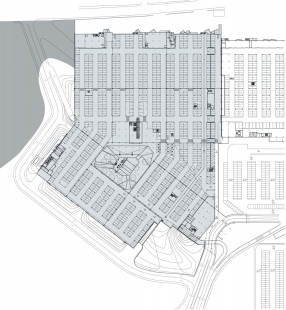 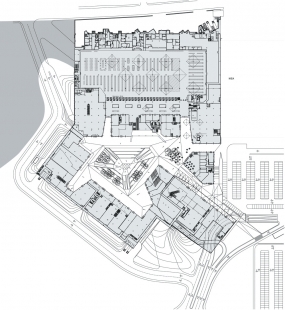 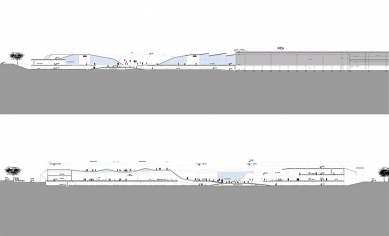