Photo: Jiří Navrátil
The original building with a garden was removed, and the property was divided into halves for two new family houses. The parcel which is farther from the street, and on which a new atrium house has been erected, seems to be closing in on itself and is practically invisible from the public area. Slightly descending terrain led to the idea of three steps separating the private zone of the bedrooms from the living space, which increases the ground clearance, where it is most desirable. The monolithic curve creates tension and at the same time softens otherwise very rational rectangular floor plan. The living space is completely glazed on one side. The garden thus becomes an integral part of the interior and its importance will grow over time. The bedroom with its own patio repeats the concept of a space closed in on itself. 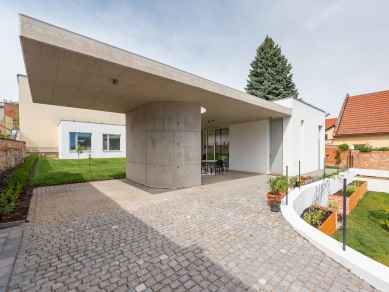 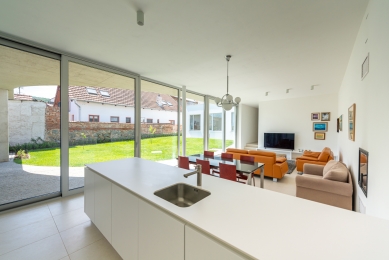 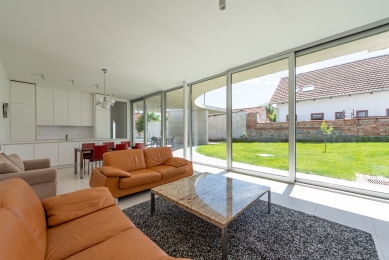 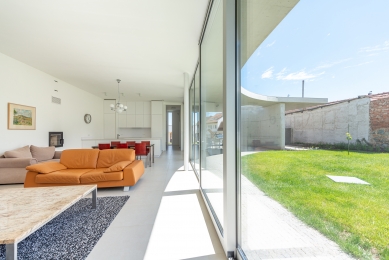 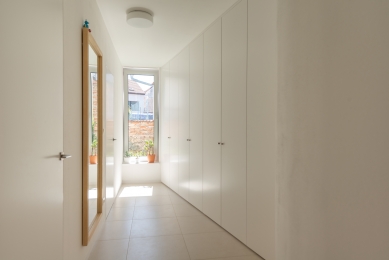 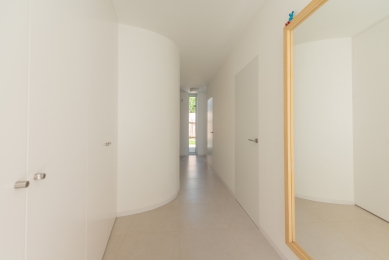 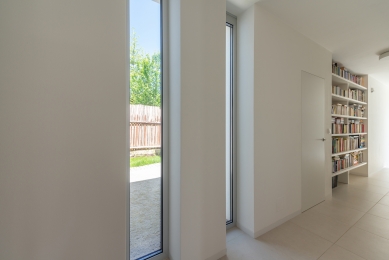 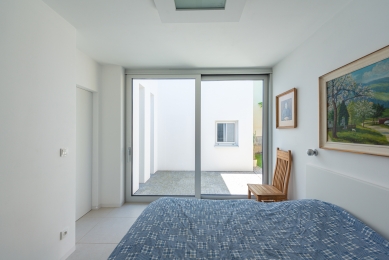 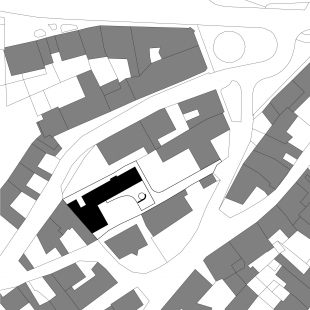 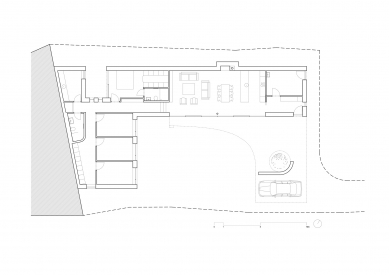 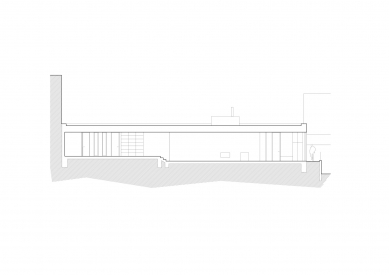 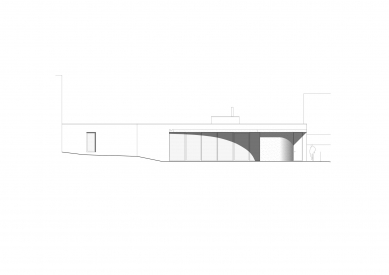 Cottage in the Highlands