Linear House is located on a sixteen acre farm on Salt Spring Island, an island in the Strait of Georgia between Vancouver Island and the mainland of British Columbia, Canada. The property is bisected from east to west by a long row of mature Douglas fir trees. There is a gentle slope falling across the site from south to north. The south half of the site contains an orchard; the north half a hay field. There was an existing cottage on the property which has been sold and relocated to a neighbouring property. The existing barn, garage and studio buildings remain.
The row of Douglas fir trees is unusually situated, bisecting the farm. The trees themselves are textural, old, torn and windswept. They hold your attention and make you realize duration, existence over many years. They have a kind of old heart. The impulse to site the new house along and next to this venerable presence was both intuitive and immediate.
The new house slips into the narrow space between the line of fir trees to the north and orchard to the south. It extends 276 feet in a straight line along the south side of the fir trees. One side of the house faces the line of fir trees and water view beyond, on the opposite side a continuous covered walkway edges the adjacent fruit orchard. The orchard has been made more regular with additional fruit trees so that the clarity of the juxtaposition between the cultural landscape of fruit trees to the south, and the line of native fir trees to the north of the new house, is reinforced. The full extent of the house is never directly experienced from the exterior. That experience is of a dark stealth-like figure sliding in and out behind the screens of trees on either side. At a parting of the trees on either side the length of the house is subdivided into a principal dwelling and guest quarters by a breezeway.
The exterior rain screen of the house (walls, soffits, parapets, and ‘fins’) is clad in charcoal-coloured fibre-cement panels which render the house almost invisible when seen against the dark green foliage of the firs. Interiors are described by a luminous inner lining made of translucent acrylic panels. In order to minimize cut panels, these translucent sheets establish the dimensional module for the project. Over forty fixed and operable acrylic skylights bring sunlight into the roof and wall assemblies during the day causing the interior liner to glow softly and irregularly. At night, fluorescent lights mounted within the skylight openings turn the entire interior into a luminous field. Areas within this overall luminous surround are subdivided and defined by the insertion of reinforced concrete fireplace masses and wood cabinet-like service spaces. Large glazed openings extending up to 78 feet and 28 foot cantilevered roof canopies at either end of the house are supported by a pair of 6 foot deep composite wood beams on each long building face. The numerous top hung sliding aluminum glazed door panels are suspended from these beams. Panels are fully retractable so that during the prolonged fair weather of Salt Spring Island the house can be transformed into an open-air pavilion, more shelter than ‘proper’ house. 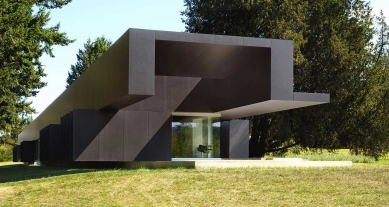 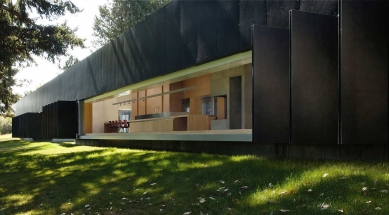 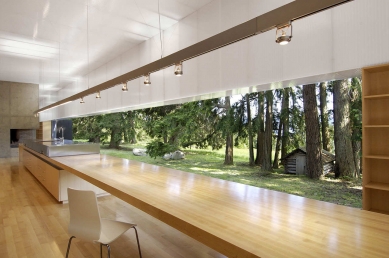 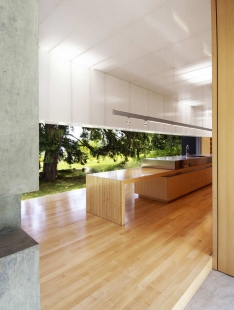 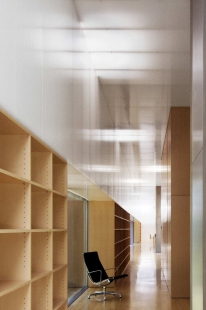 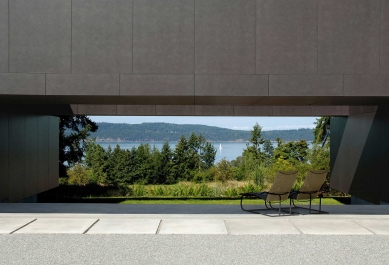 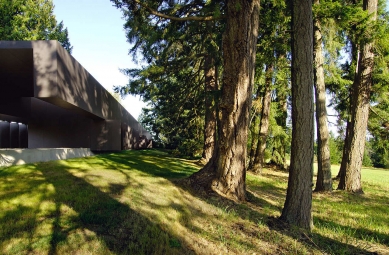 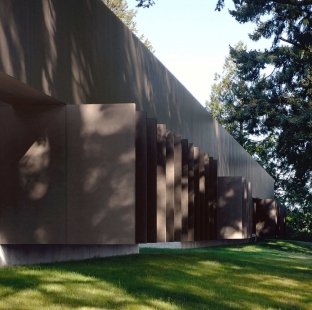 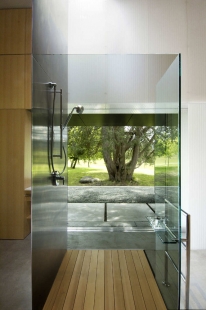 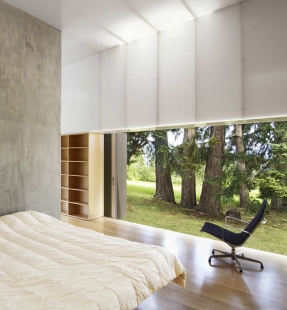 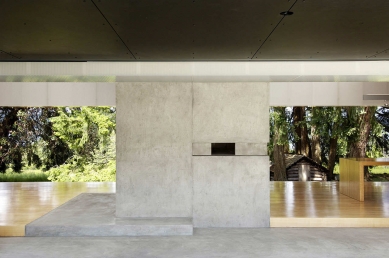 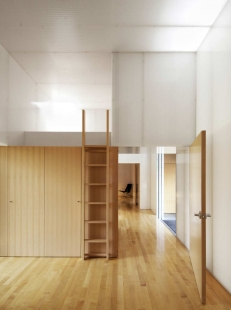 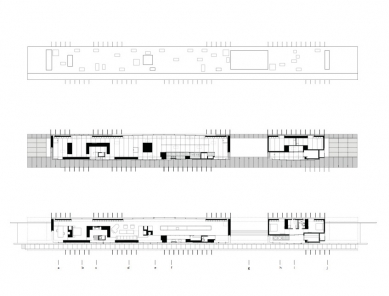 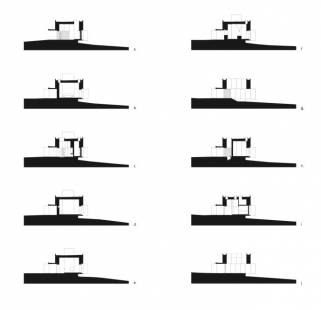