Photography: Dave Kulesza
Kyneton House is an addition to a seventies brick home located on an elevated acre site with established gardens and mature exotic trees. Simply described the addition is a main bedroom suite with associated deck for entertaining with a cover carport and workshop under. The ambition for the design however was more complex than merely the usable spaces created.

The owners were looking to adapt the existing home so that they could age in place, a strategy that would provide peace of mind as they continue their stewardship of the house and significant gardens for years to come. They are deeply appreciative of the spatial and material characteristics of the original seventies house and sought to compliment rather than imitate the existing home.

As keen art collectors and artists in their own right they were also interested in approaching the design as an opportunity for a sculptural relationship of the addition and to reference the to both the existing house and also to the steeply sloping site and the surrounding mature trees. Internally they desired natural materials and a rich material immersion that evoked a gallery experience to provide a dramatic backdrop to their art collection.

Our response was to propose an elongated black rectangular form that cantilevers beyond the landscape and reaching out the surrounding tree canopies. The simple black bar evoking the metal sculptures of Tony Smith and Anthony Caro, the black cladding providing a recessive backdrop to the surrounding greenery. The cantilevered from creates a undercover carport that leads to a new entry into the home and an elevator that carries you up to the main living level of the existing house and also the new bedroom suite, eliminating the need to stairs.

Internally the new spaces have a rich material presence creating a connection from external to internal materiality while also satisfying the clients brief for a minimum of painted surfaces. The separation of the new spaces and connection to the existing home is intentionally blurred with screened deck leading to bedroom leading to dressing room and gallery without clear delineation.

Kyneton House explores two design objectives that are seemingly opposite ends of the spectrum, an aging in place strategy for the owners and a request for sculptural response to landscape and garden. The design responds to the context of the original home and significant gardens while ensuring that the owners can continue to enjoy them for many years to come.

Questions and Answers
Who lives there?

Adrian and Carl are the owners of the home, they are professionals who work in the realm of film and design respectively. This is their permanent home and also their passion.

What did this house look like and what condition was it in prior to this project?

The house and grounds are very much loved by the clients, they have spent a lot of effort in making the most of the original 1977 home and as they are both very keen gardeners have really taken on the substantial gardens as an on-going project that they continue to work on and improve. Their affection for their home really was the genesis of the project as they wanted to create an addition that also ensured their long term enjoyment of the house well into the future. In simple terms the addition is a main bedroom suite with attached deck and a covered carport. However in reality it is much more than that. By enclosing a small residential elevator adjacent to the carport we created a solution to maintaining access into the original home without reliance on stairs.

Do you have any information about the original property’s history?

Information about the original house provided to the current owners by the previous owners:

"Brocklebank was designed by then Kyneton based architect Ken Robinson in 1977.

Building was in the manner of an American Barn Raising with family and friends, particularly the Kyneton Apex Club, all involved.

Bricks came from the demolition of an old dwelling on the Kyneton Showgrounds corner [now units] and shedding at what was then Turner Bros timber yard in Market Street, and also from the floors of chook sheds in Carisbrook. All were cleaned under the two gum trees the remains of which I think still carry your clothes line. Jan was sure Ben would be born with a dent in his head from her carrying and cleaning bricks.

Roofing slate was sourced from Melbourne, but the slates used in the floors were a chance find at a Begg Street clearing sale for $40.00.

Lining boards in the ceilings were from a house demolished in High Street in Lancefield, soaked in a metho bath to soften the shellac so it could be jexed to an even colour.

The original garage was designed for us by Dan Flynn of Flynn Silver, who had worked with Ken Robinson while studying architecture. Again exposed brick but with a steel deck roof.

The garage was converted into a furniture studio around 1990 and was used for that purpose until 2000.The conversion was designed by Marcus O’Reilly who also did the small shed down the driveway at that time.

Marcus also designed the extension to the south of the original building, then used as bedroom/dressing and bathroom. Marcus still has a practice in Elwood, and designed our current house in Wedge Street which incorporates many of the design elements of his Brocklebank extension.

Some timber used was also sourced locally. The original bedroom/bathroom doors upstairs were from Elm milled from trees that fell at the Kyneton Mineral Springs, but it proved to be unstable and the only bit remaining may be the cookbook shelves beside the former kitchen window. The replacement doors upstairs are from Cedar of Lebanon from the Kyneton Gardens, as are the laminated covers to the steel main beams. The stairs and kitchen/living room steps are blackwood from a storm fall Blackwood from Straw’s Lame in Newham. 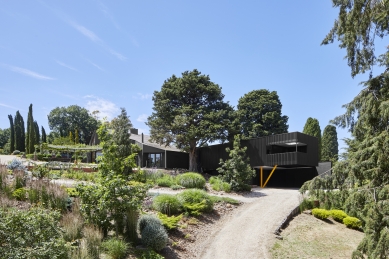 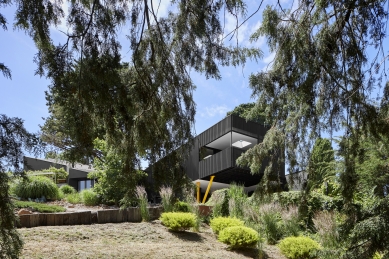 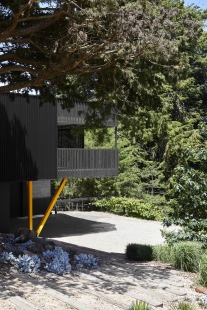 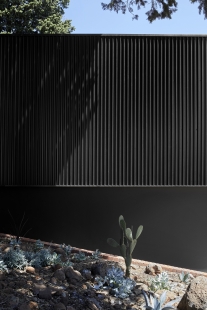 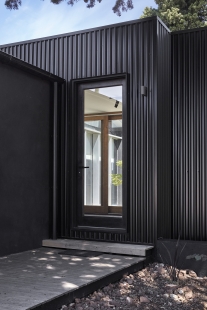 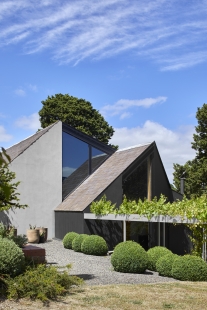 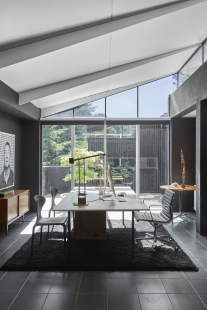 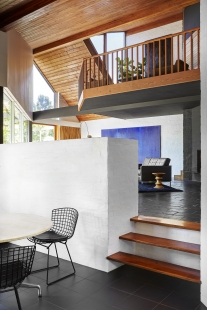 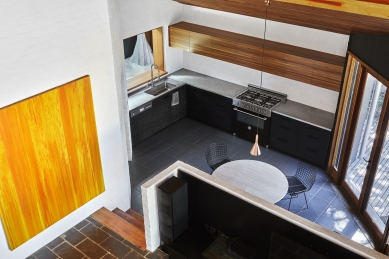 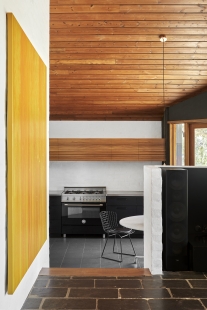 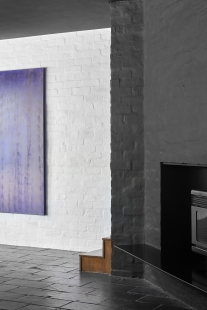 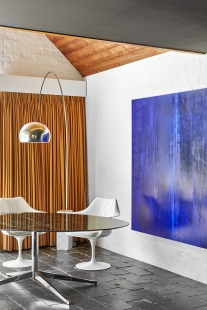 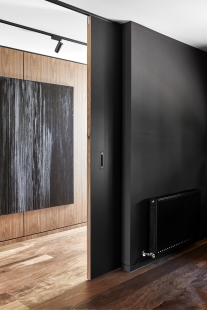 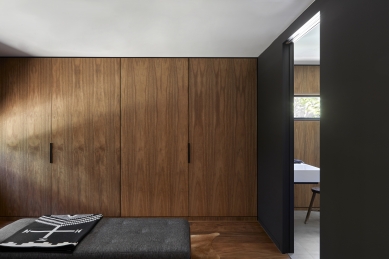 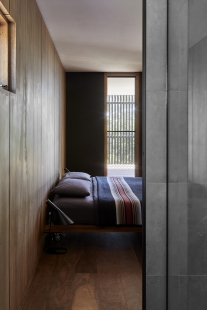 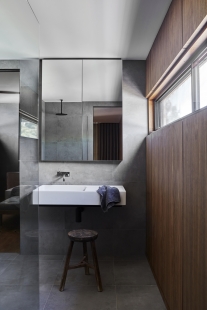 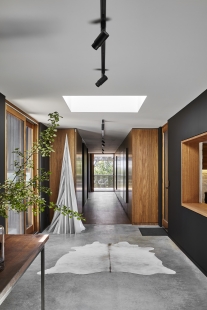 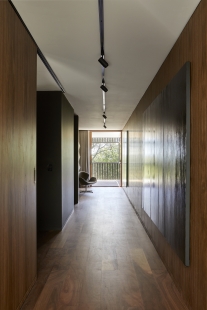 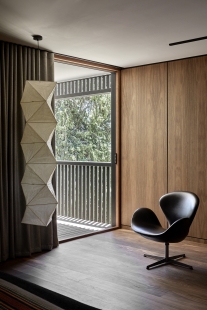 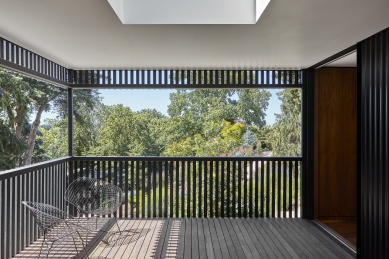