x
This is a project built in the city of La Laguna on the Island of Tenerife. It is a place that encourages reflection, a meditation space, an intrinsic space where a person of any condition can go to find himself in the temple or join with others in the cultural center.
The building exists as a large piece of concrete split and cut into four large volumes, at these separations movement occurs. This space creates light, allowing to enter and penetrating into the space, they exist as if to signify a higher meaning inspiring a spiritual presence and sense of tranquility.
The building stands stark, stripped of superfluous elements that involve distractions far from its spiritual essence. The void has been sculpted to the same extent. The balance of proportions of void and building was vital to developing the identity of the project.
We chose to exploit the properties of concrete, based on its isotropic nature energy efficiency is optimized by the thermal inertia of the walls. The building also gets a better acoustics result; thanks to a combination of concrete and local volcanic stones called picón, which is chopped afterwards and acts as a rough finish that has a degree of sound absorption that is superior to conventional concrete. Exterior, interior, structure, form, material and texture are joined inextricably by a complex study of the concrete.
The volumetric impact of the building and its use of essential materials, treating concrete as if it were liquid stone capturing waterfalls of light, create the temple while also optimizing economic resources. The space reflects timeless emotion. 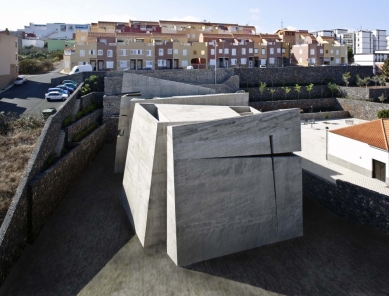 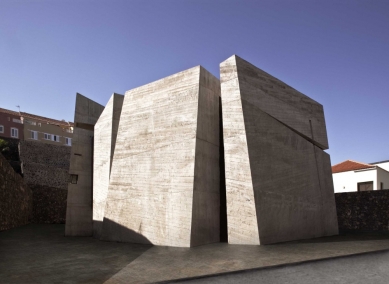 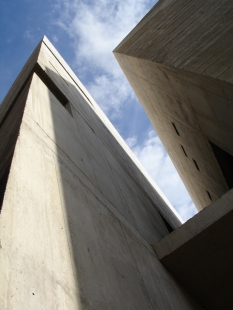 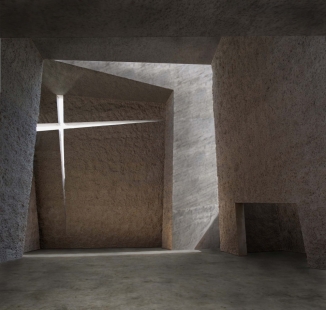 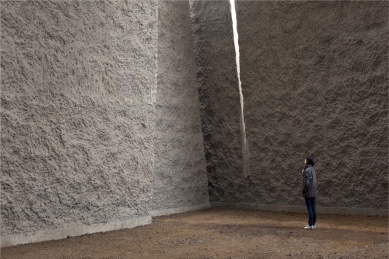 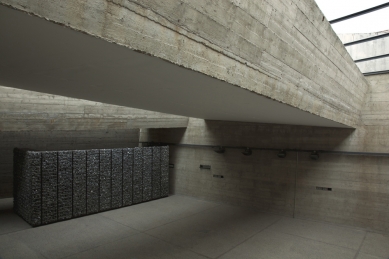 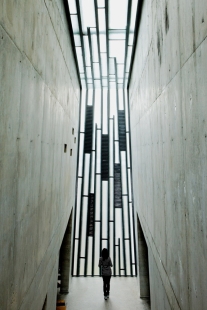 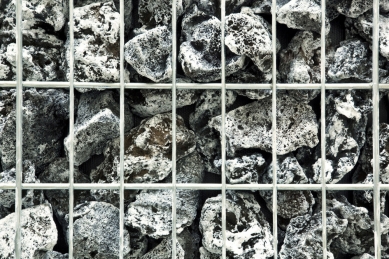 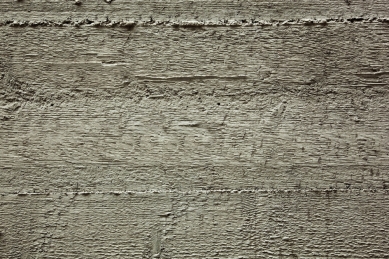 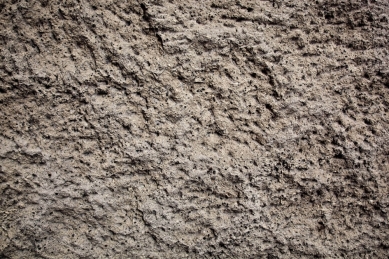 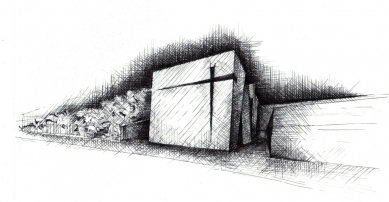 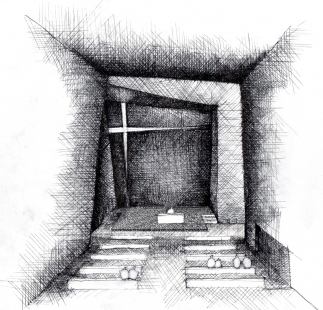 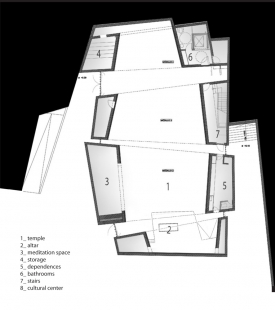