In less than a year a protestant church together with a sanctuary, a church hall and supplementary spaces was built in the centre of the Austrian town Hainburg.
The shape of the building is derived from that of a huge “table”, with its entire roof construction resting on the legs of the “table”-four steel columns. Another key element is the ceiling of the prayer room: its design language has been developed from the shape of the curved roof of a neighboring Romanesque ossuary-the geometry of this centuries-old building is translated into a form, in line with the times, via today’s digital instruments. The light comes from above: three large winding openings in the roof guide it into the interior.
The correlation of the number Three to the concept of Trinity in the Christian theology can be interpreted as a “deliberate coincidence”. The church interior itself is not only a place of mysticism and quietude-as an antithesis of our rather fast and media-dominated times -but also an open space for the community.
The sanctuary gives access to the glass-covered children’s corner, illuminated by daylight, which accomodates also the baptistery. The actual community hall is situated behind it: folding doors on the entire length of the space between the two main chambers allow for combining them to one continuous spatial sequence. A folded glass façade on the opposite side opens the space towards the street. The sculptural bell tower at the forecourt completes the ensemble.
Like other projects of Coop Himmelb(l)au the roof elements of the church building were assembled in a shipyard. The implementation of the intricate geometries required specific technologies of metal-processing and manufacturing only available in shipbuilding industry. The reference to shipbuilding is at the same time also reminiscent of Le Corbusier who served as an important role model, not least because of his La Tourette monastery.
Due to its shape with three skylights the roof of the Martin Luther Church in Hainburg was designed as a self-supporting steel construction with a stucco ceiling.
The structure was assembled in a wharf at the Baltic Sea. The exterior skin is made of 8 mm thick three-dimensionally curved steel plates welded on a frame construction. In turn, this structure of steel plates and frame sits on a girder grid. The compound of grid, frame and steel skin transfers the total load of the roof (23 tons) on four steel columns which are based on the solid concrete walls of the prayer room.
The roof construction was delivered in four separate parts to Hainburg, assembled and welded on site. There, the coating of the whole structure was finished and mounted with a crane in the designated position on the shell construction of the prayer room.
On the interior ceiling the suspended frame structure was covered in several layers of steel fabric and rush matting as carrier layer for the cladding of the stucco ceiling, whose geometry follows the three-dimensionally curved shape of the roof with the skylights. 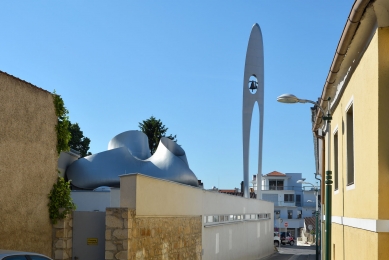 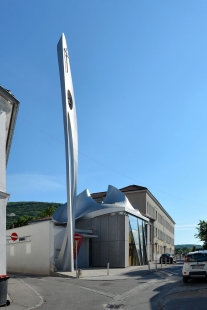 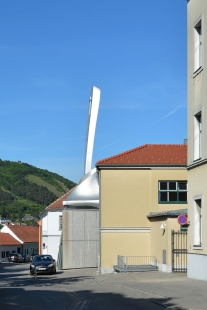 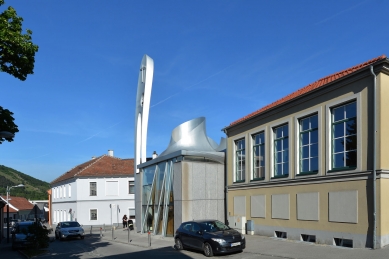 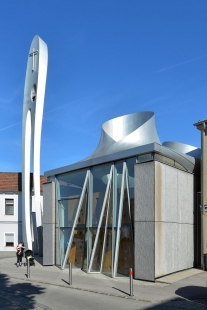 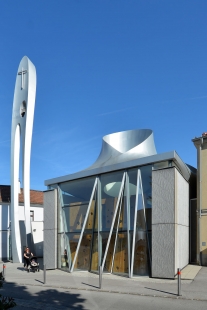 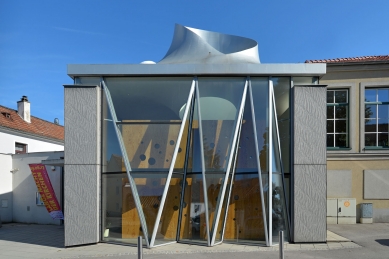 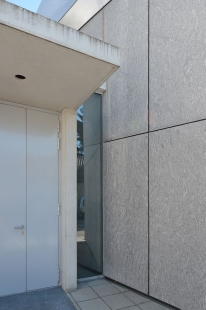 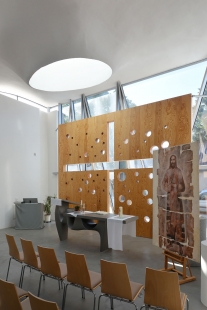 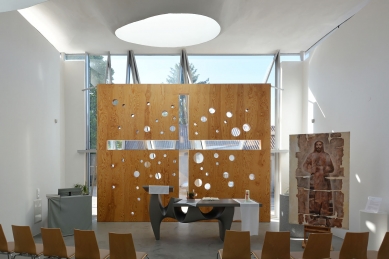 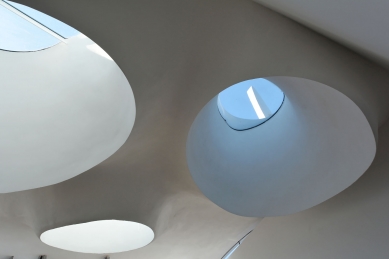 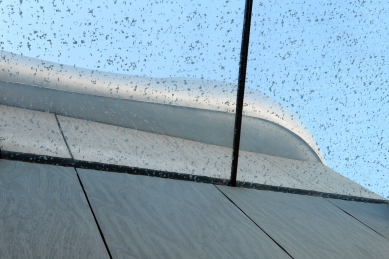 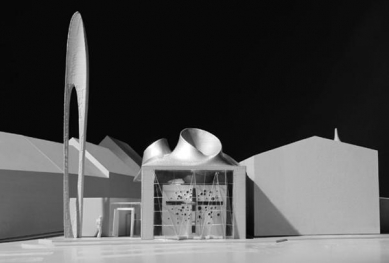 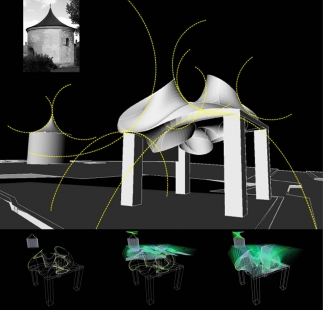 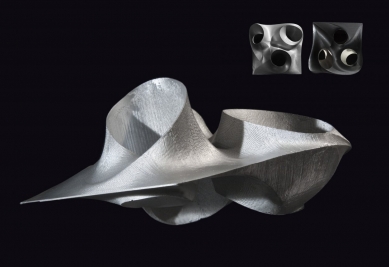 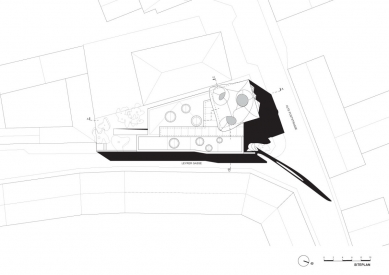 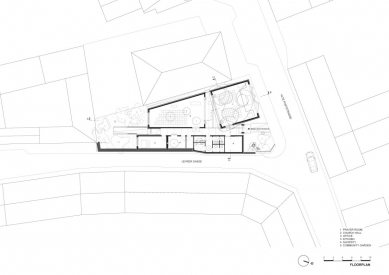 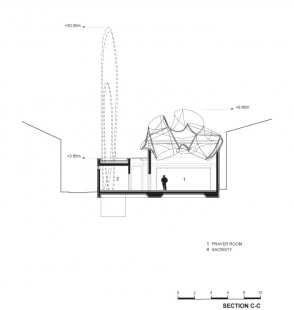 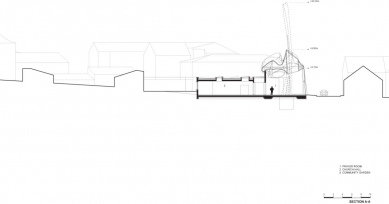