Inhabited infrastructure
The project is a winning entry of an international competition. The building is a graft in the complexity of the Venetian urban system facing Piazzale Roma, the car-entrance space to the city of Venice. At the same time it becomes the 'infrastructure' which brings an existing 19th century complex factory (Ex-Manifattura Tabacchi) to a contemporary use: in fact it houses the the technological systems  serving the whole.
The dimension of the building is measured on the huge void of Piazzale Roma facing the bridge of Santiago Calatrava, on the opposite side. A huge, five level high space acts as a 'urban entrance' enlightened by the roof as all the ex-industrial existing buildings.
This vertical inner space,  opened to free entrance during the day, will house, on the ground level, the commercial services which will allow to improve and give back the citizen a big public space, functioning also as an entrance to the sequence of public spaces which will be regained by the future restoration of the existing buildings. The new volume has a simple, archetypical, compact shape, resulting from the manipulation of the Venetian industrial building typology and the connection to the skyline of the huge parking lots.
A five meter long cantiliver on Piazzale Roma becomes the entrance: a huge shadow which attracts the fluxes of people horizontally in the new urban system and vertically along either a linear stair or elevators which distributes to all the levels. The linear stair is designed parallel to the elevation facing the parking building San Marco, letting us to design that elevation as a punctuation of small windows designing a special natural light in the inside.
The material of the building is a preoxidated type of TECU copper. Copper in Venice is the material with which all the institutional (religious and laic) buildings' roofs are built with. In this projects, materiality and form become a metaphor representing institution: the house of justice is a big monomateric roof which welcome the citizens inside an enlightened space. We always work with materiality and light, instigating, with pro-oxidation, the idea of subtracting material from surfaces and activationg them with light, which is what time does. Working with the idea of 'time' is archetypical in Venice.
C+S Architects 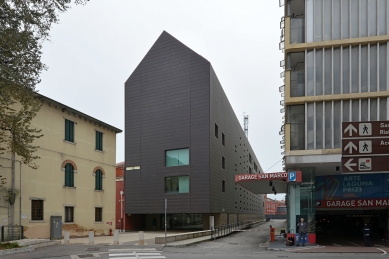 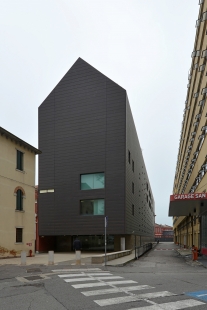 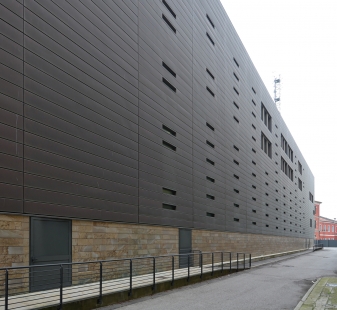 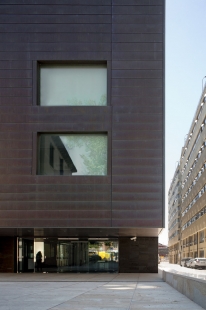 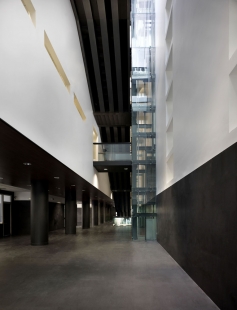 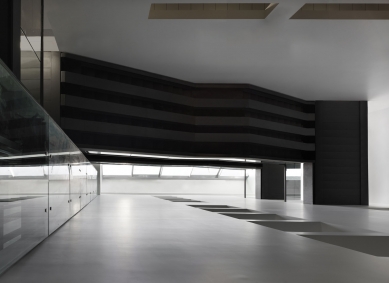 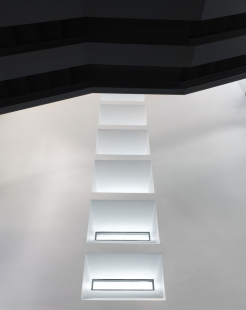 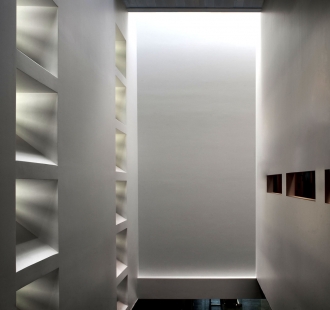 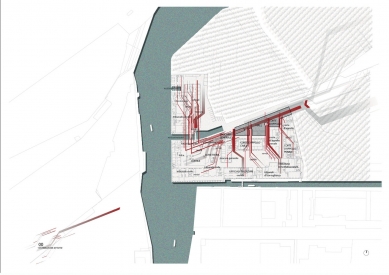 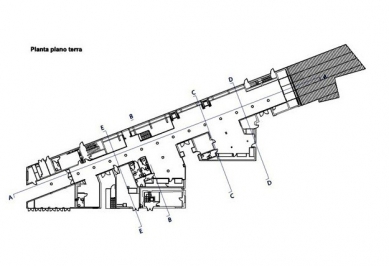 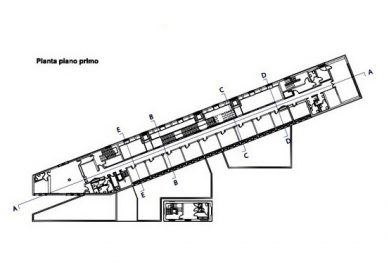 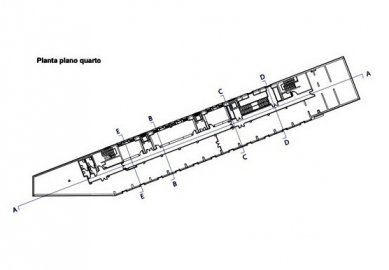 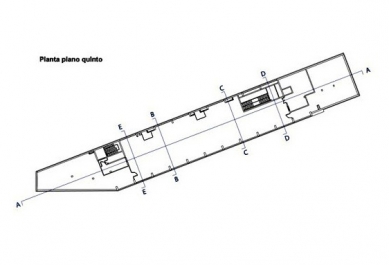 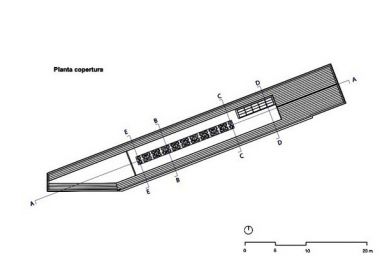 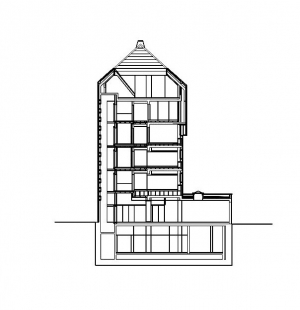 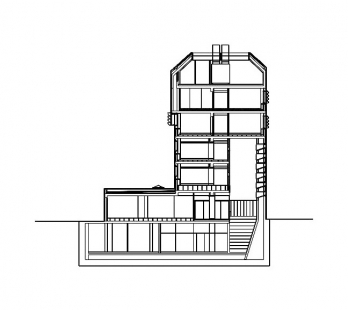 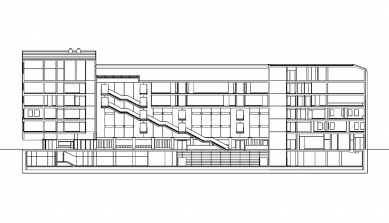 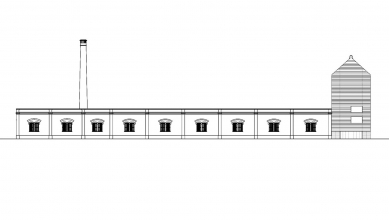 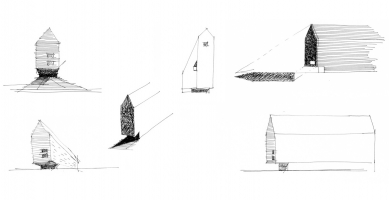