If we were to simplify and explain our projects with a few words, they would surely be antagonistic: tone and distortion, full and void, rationality and chance… somehow these concepts, initially opposed, participate in a common reality and amplify their meaning when placed together. They discover their points of contact, the space between them that initially, taken separately, did not exist.
The most coherent approach to the 112 Emergency Service Extremadura Office project arises from the place. A place evoked and a physical location.
Drawing a map that defines the territory, we see a set of dualities that show us these limits. Among them is the space that interests us. On one side, we have places marked by stability, weight, fixation, permanence. These are all conditions, perhaps inevitable, of architecture.
The program of the building is proposed in three distinct bands: a habitable wall houses the building services and separates the street areas to occupy: toilets, changing rooms, control, security room, cold room… but it also houses the main facilities of the building, from the air conditioning and generator to the solar panels and transmission antennas on the roof.
This “technical pack” also has “reserve” spaces for future expansion and services, with direct access from the outside. The second longitudinal band includes communications and building entrances, in a double-height space illuminated by lateral skylights, a Borgesian aleph where the entire building is registered. The third band, protected and assisted by the previous bands, houses the different rooms and spaces of the building under a single, folded and useful roof. The Coordinating Room in the center occupies in a single space the entire void of the building.
Pedestrian access is proposed from the upper bound, from a small entrance plaza, an expansion of the pavement in a nod to the city, so that the buildings meet the public space – a yard, according to the Smithsons, one of those strategic in-betweens – . From the pedestrian access, a ramp-staircase connects to the center of the building, where the access control is located. Vehicles enter from the roundabout, allowing both their rapid exit in any direction and their convenient access to the building from two main roads nearby. This access loop allows both the main entrance and the emergency exits to be resolved at each level of the area, thus facilitating the accessibility to the building as well as its security and access control.
The building is not only the envelope of an adapted program to a physical location. In this strategy of solidifying the vitality of all places and atmospheres of the project, we want the 112 Emergency Service Extremadura Office to be a social-urban landmark. We constructed the building as a topography, avoiding competition with the neighborhood and its references, proposing more a landscape than an object. 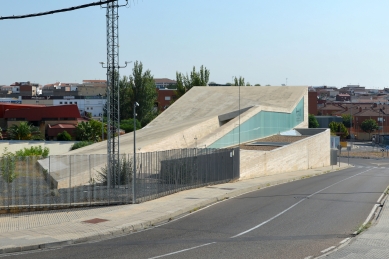 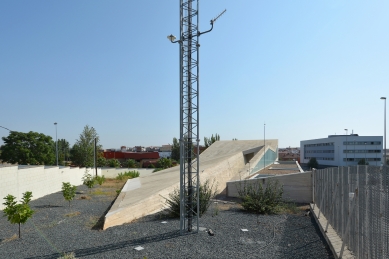 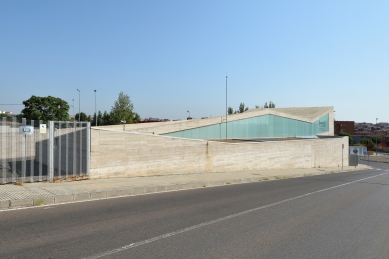 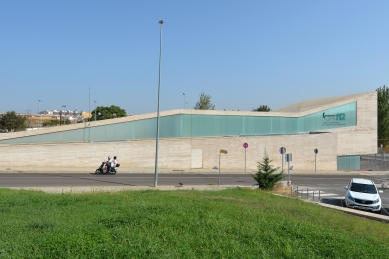 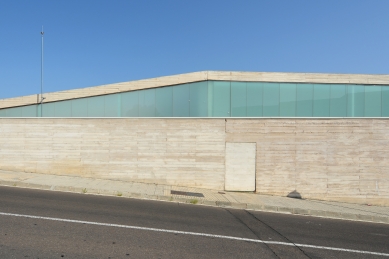 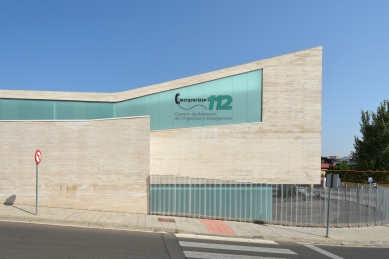 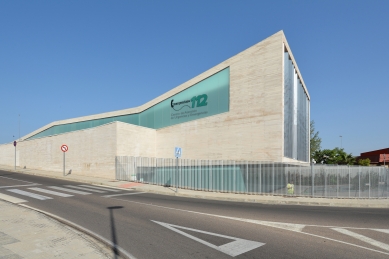 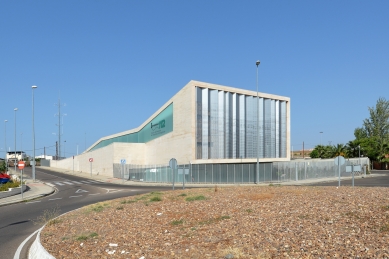 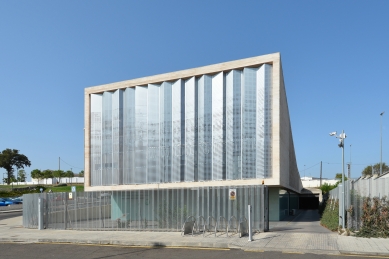 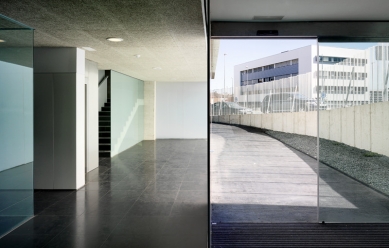 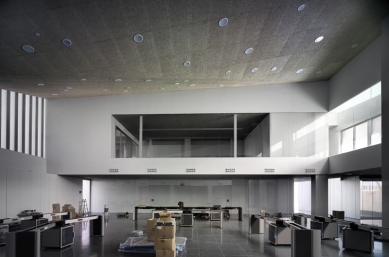 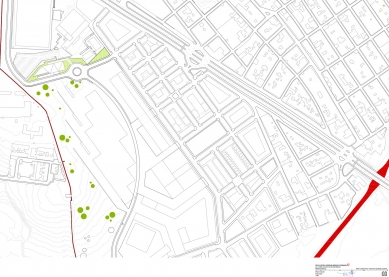 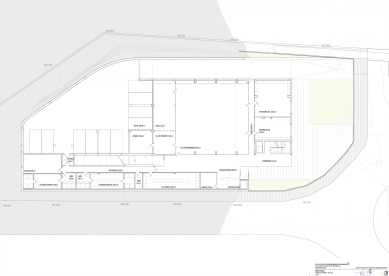 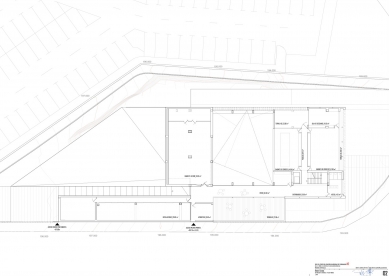 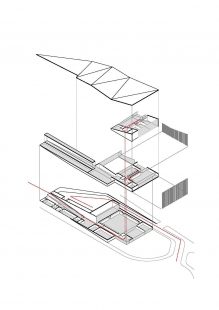 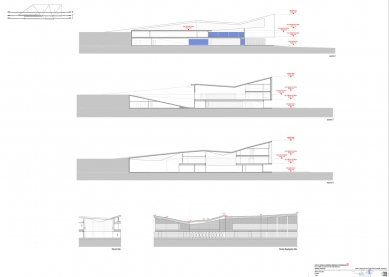 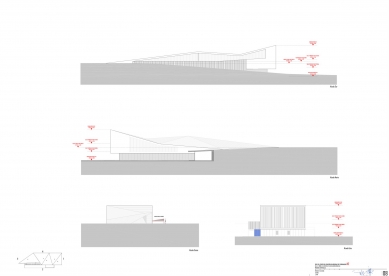 Integral Territorial Center of the Commonwealth of Olivenza