The SGAE (General Society of Authors and Publishers) Central Office in Santiago de Compostela, is located in Vista Alegre property, a privileged site with intermediate scale between a private garden and a public green area, from where the skyline of the historical city can be glimpsed. The project for the development of the plot was designed by the Japanese architect Arata Isozaki, and contemplated the construction of a series of buildings with academic purpose, most of them already built. The SGAE Central Office situated in the west limit of the site completes the intervention in Vista Alegre and defines its boundaries.
The architectural conception of the building incorporates the spirit of the city of Santiago developing a singular identity and entering a dialog with the history and memory of the place, as well as a close relationship with contemporary artistic language.
The program includes not only social activities for the attendance of authors and publishers, but also a wide range of public cultural activities. It is divided into four functional areas distributed in four levels respectively: Diffusion, Formation, Public Area and Management, with accesses from the garden and the street. Three thousand square metres in total constructed to serve the city and its artists.
The SGAE central office expresses its will to become part of the perimetral wall of the property both by its location and longitudinal layout adapted to the border of the plot. The building puts forward the confrontation of three walls which run along a space of varied constructive, material and perceptive scales. A stone wall looking into the garden, an interior wall made of CDs and a translucent glass wall facing the street. They all work as filters of the different urban situations delimiting and organizing the program in functional strips.
The great stone wall, can be thought of as a monumental sculpture, constructed by the superposition and repetition of prehistoric orders adapted to a Renaissance broken composition. The Mondariz Grey stone façade components appear in one of their purest forms, as irregular ashlars of variable geometry and size, selected directly from the quarry overage, and ordered in permeable strips that manipulate the South light breaking it on the inside. This sculptural content causes the disintegration of the building as such, going beyond its mere symbolic and functional dimension within Vista Alegre property: the building becomes aware of the place and integrates; it stands as a representative background of the site.
The interior CD wall is a plane placed in between the outer curved elements: stone wall and glass wall. It represents the chord which draws the arc described by them and grants the scale of the space confined between walls. Its material composition and quality make it appear like an impressive stained glass window with different degrees of transparency, a wall made of color and light, in clear contrast with the nature of the opposite stone wall.
The translucent glass wall offers a discreet face to the street, controlling the light and views of the spaces inside, according to their activity and needs.
The building arches, widens and narrows, by the interaction of these three elements, generating fluid multivalent spaces, such as the porticoed street defined by the stone wall and the CD wall; a space that roots the building directly to the city of Santiago. Walking through it, the user experiences the compression of the space in the centre, where the main entrance to the building is located, and a progressive expansion to the ends where the space opens to the landscape and frames it, generating two viewpoints.
The building then becomes a street, an urban space inside a garden, which reactivates the site bringing vitality and dynamism to the atmosphere. And it also becomes a stone wall, thought of as both boundary and background, that fences in the garden and develops the use of a material which belongs to the place: stone. 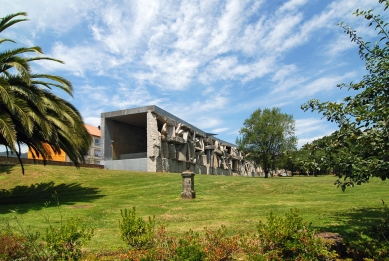 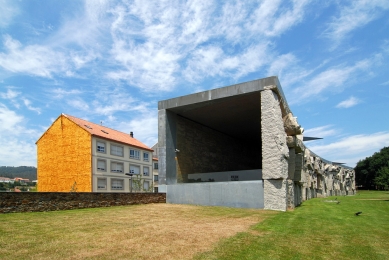 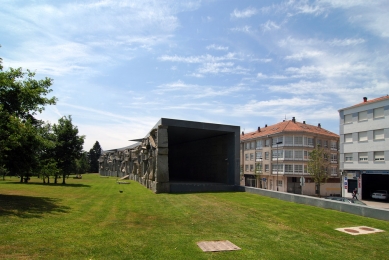 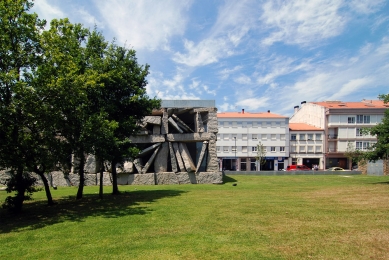 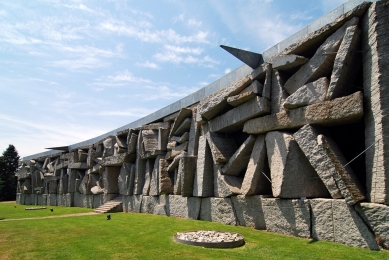 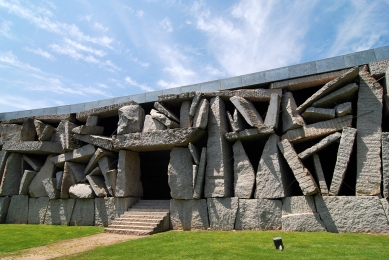 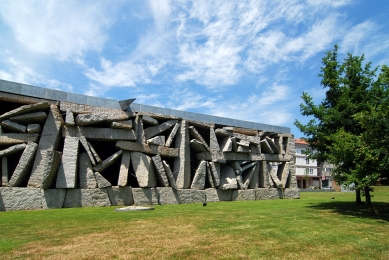 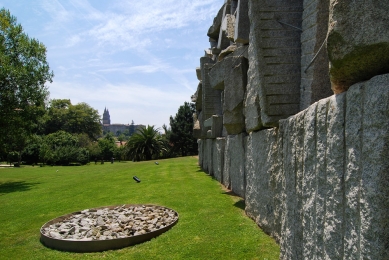 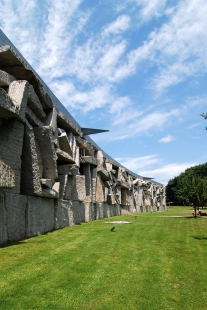 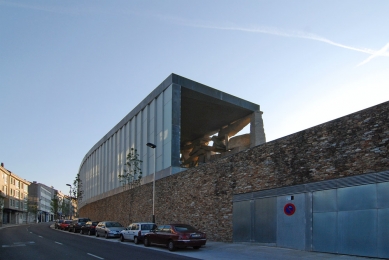 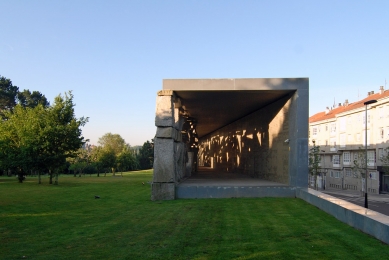 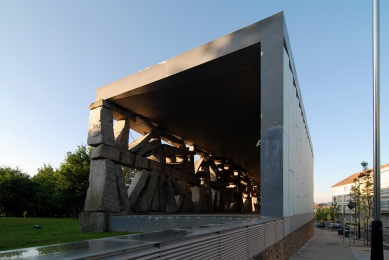 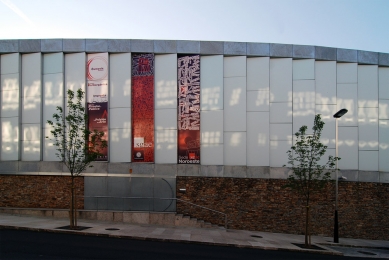 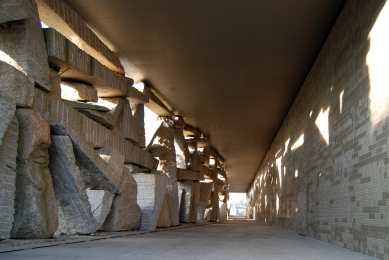 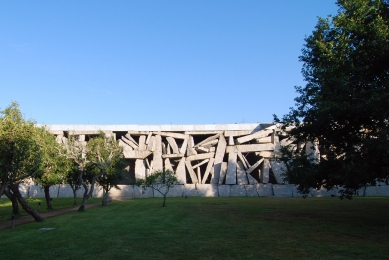 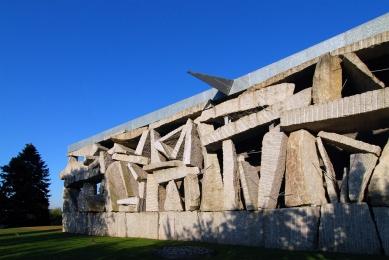 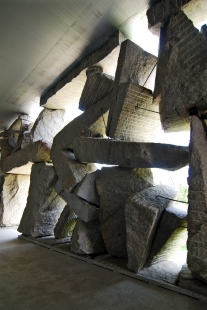 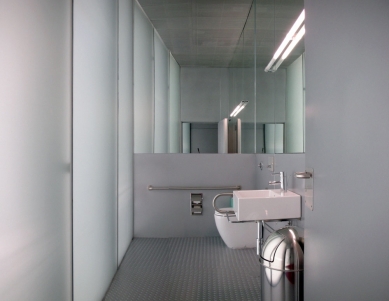