For the Greek, Hemeroscopium is the place where the sun sets. An allusion to a place that exists only in our mind, in our senses, that is ever-changing and mutable, but is nonetheless real. It is delimited by the references of the horizon, by the physical limits, defined by light, and it happens in time. Hemeroscopium house traps, a domestic space, and a distant horizon. And it does so playing a game with structures placed in an apparently unstable balance, that enclose the living spaces allowing the vision to escape. With heavy structures and big actions, disposed in a way to provoke gravity to move the space. And this way it defines the place.
The order in which these structures are piled up generates a helix that sets out from a stable support, the mother beam, and develops upwards in a sequence of elements that become lighter as the structure grows, closing on a point that culminates the system of equilibrium. Seven elements in total. The design of their joints respond to their constructive nature, to their forces; and their stresses express the structural condition they have. By the way this structure is set, the house becomes aerial, light, transparent, and the space kept inside flows with life. The apparent simplicity of the structure’s joints requires in fact the development of complex calculations, due to the reinforcement, and the prestress and post-tension of the steel rods that sew the web of the beams.
It took us a year to engineer but only seven days to build the structure, thanks to a total prefabrication of the different elements and a perfectly coordinated rhythm of assembly. All of our effort oriented to develop the technique that would allow to create a very specific space. And thus, a new astonishing language is invented, where form disappears giving way to the naked space. Hemeroscopium house materializes the peak of its equilibrium with what in Ensamble Studio we ironically call the “G point”, a twenty ton granite stone, expression of the force of gravity and a physical counterweight to the whole structure. 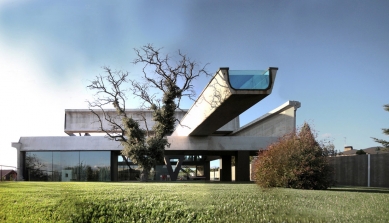 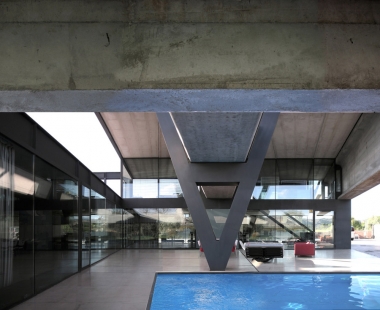 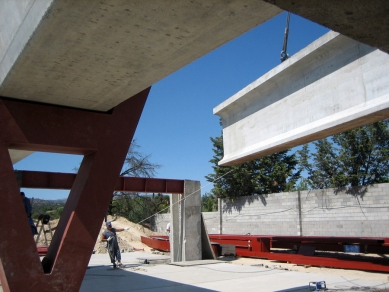 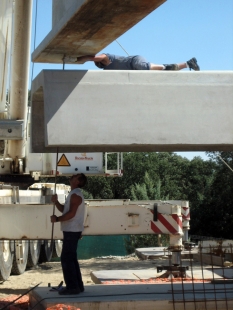 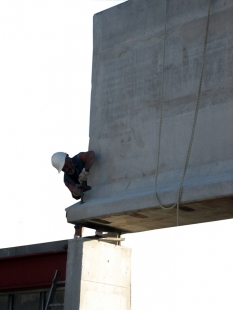 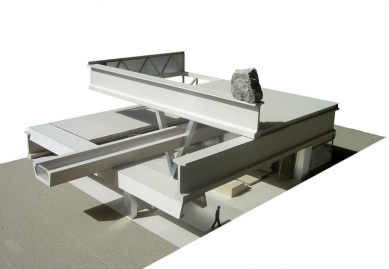 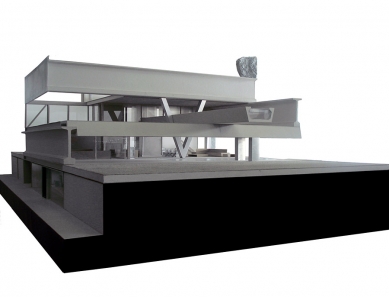 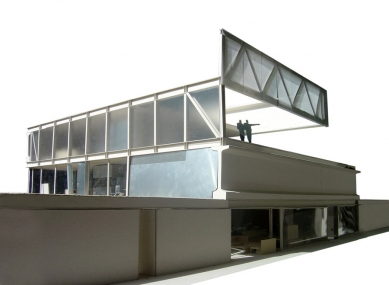 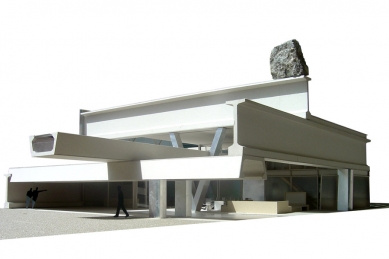 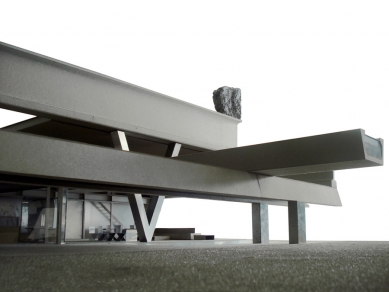 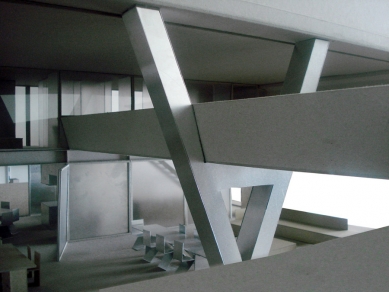 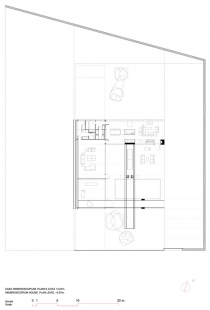 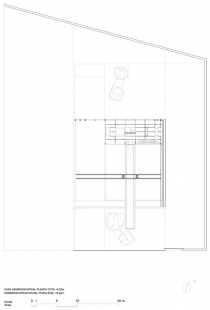 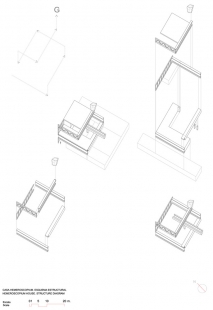 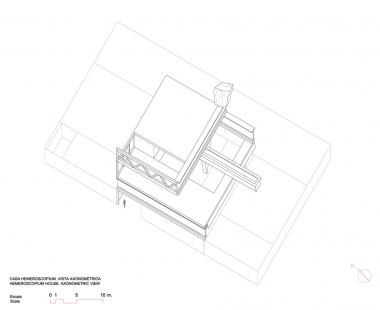 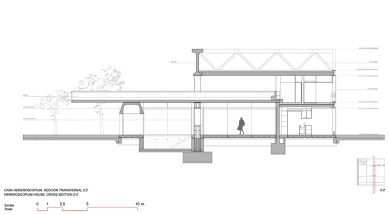 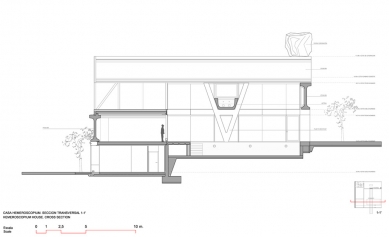 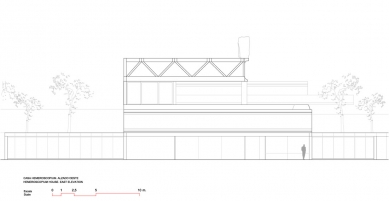 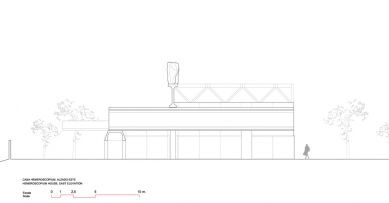 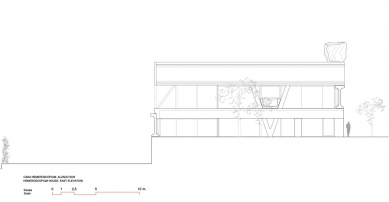 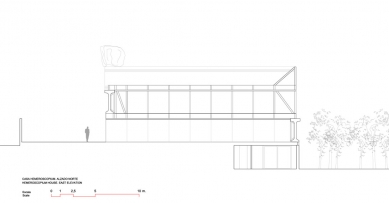 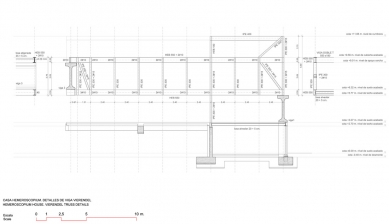 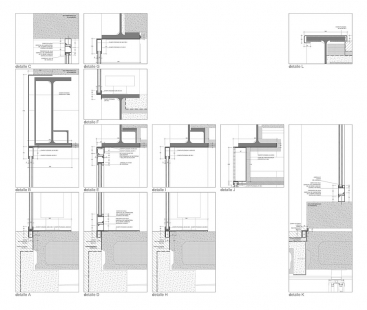 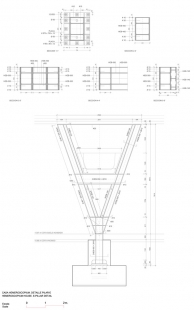 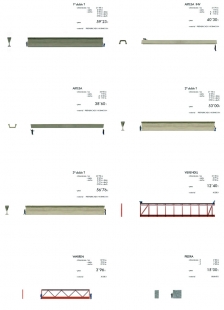 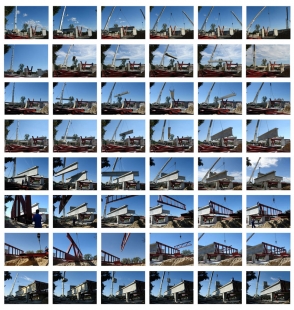 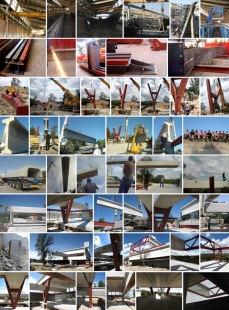 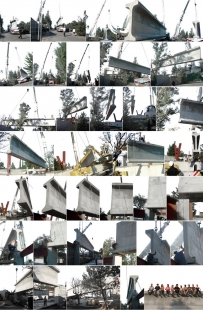