Badajoz is a medium-sized Spanish city located in the southern Estremadura autonomous community, next to the Portuguese border. Although Merida is the capital of the community and its touristic reference, Badajoz is the largest, most populated and probably the most relevant city of the region, both in terms of economic health and general basic services. This is mostly due to its historical existence near the border, commercial traditions (the Portuguese used to come here to buy caramels) and geophysical characteristics, such as the Gévora River (the city lies at the point where it connects with the larger Guadiana River).
The Caja Badajoz is an important bank for this proud community. It's the main savings bank in town and it's the most relevant economic representation of the inhabitants, who are quite conservative. The main goal of this project was to give a powerful physical expression to that immaterial importance by building the new headquarters of the bank on a plot located in the banks of the aforementioned river, next to the Puente Real Bridge. After a restricted tender back in 2007, the chosen team was the Madrid-based Studio Lamela Architects.
With 28 500 m² of covered area and a budget of 35 million euros, the building clearly attempts a dialogue with the bridge's prominent vertical structure and the great width of the river by engaging two different volumetric elements. The horizontal base of the building has a square configuration and gathers all the support functions, such as the main lobby and exhibition hall, auditorium, restaurant/bar, etc. The vertical volume – a tower with sixteen floors above the base – hosts the general offices of the company.
The overall image of the building arose as a direct answer to the powerful Estremadura sun. In order to mitigate its impact, both facades have a double skin composed of glass on the inside and large 'metallic' stripes on the outside: horizontal ones in the vertical tower and vertical ones in the horizontal volume of the base. The main idea for the interior was the creation of diaphanous spaces, which privilege the open view towards the landscape.
Estudio Lamela 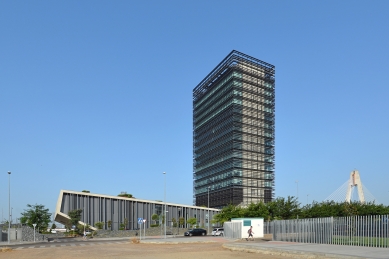 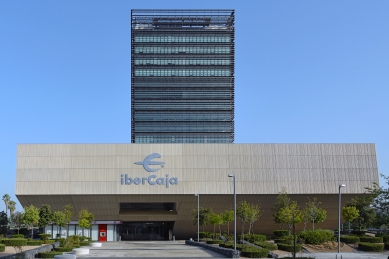 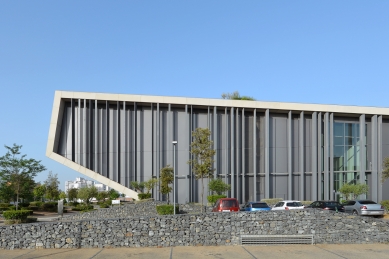 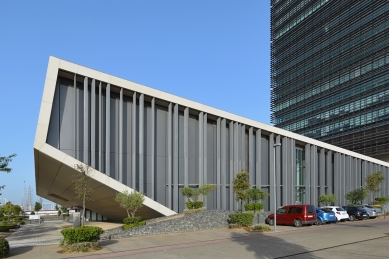 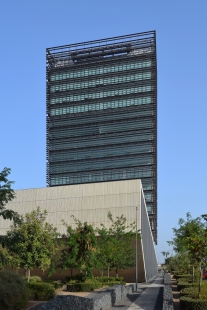 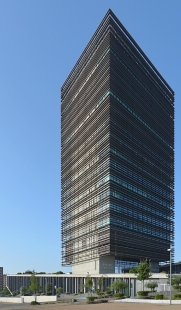 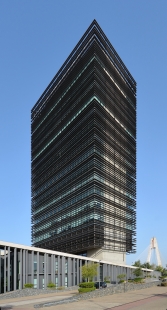 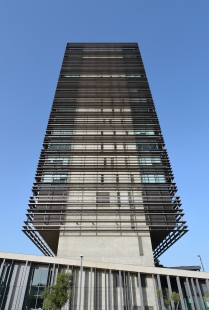 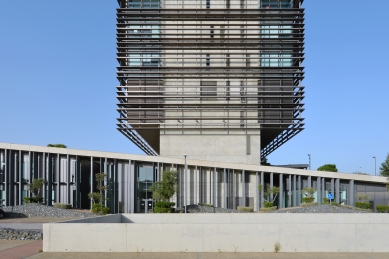 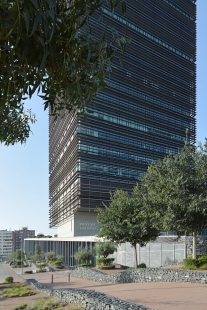 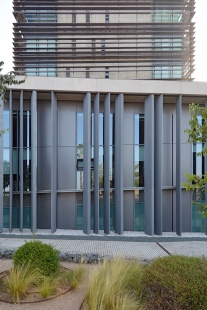 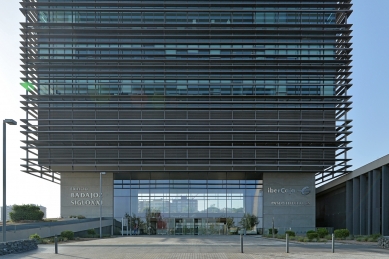 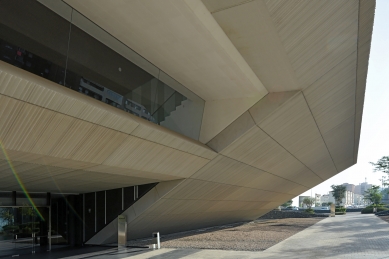 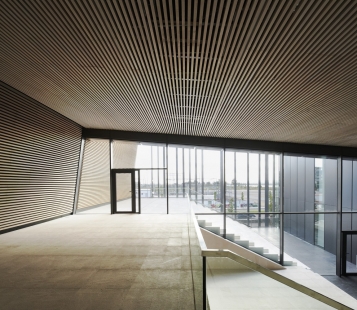 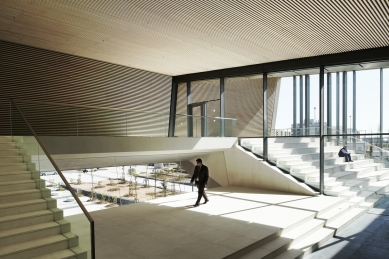 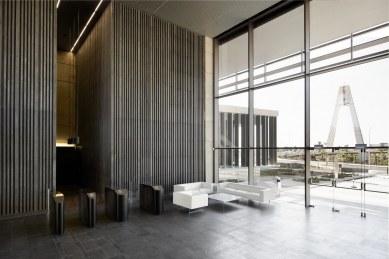 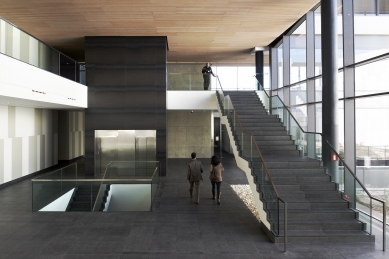 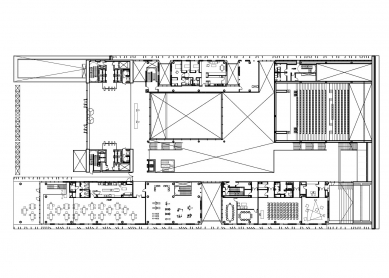 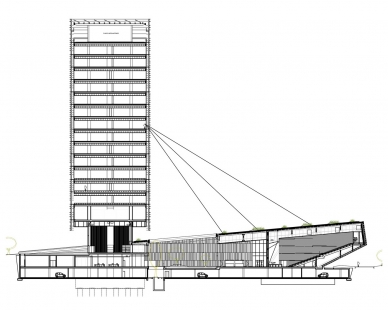 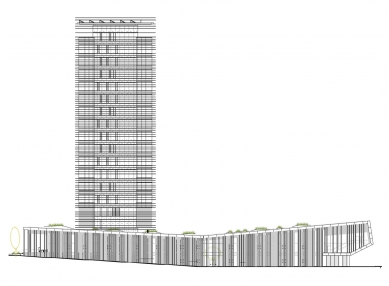