The building of the faculty of information studies is situated in the area of Burgo das Nações, integrated into the new university campus and occupying a defined lot within the respective parcial plan. This lot is bounded on the north by Rua Castelão, on the south and east by the Avenida do Burgo das Nações, and on the west by the stair which connects them.
The main body of the building is placed linearly in the direction west-east, respecting the alignment on the south with the department of philology. It has three floors: ground floor and two levels in the western half of its transversal development, and basement, ground floor and one level in the remaining length. Its dimensions are 17.5 by 127 metres.
This change in roof level is due to the need to adapt to the topography and to the conditions of the programme. Within the higher section of the building are located nine classrooms, in the form of an amphitheatre, accessible by ramp, lift and stairs, and on the top floor, offices for the docents. In the lower building the studios for radio and visual art are located, as well as the laboratories for audiovisuals.
All areas are laid out along a gallery turned to the north, situating the main atrium between the classrooms and audiovisual areas. The gallery also provides access to the three parts of the building implanted perpendicularly, with ceiling heights between 7 and 10 metres, which define open patios above the Rua Castelão.
The volume situated at the western end of the gallery corresponds to the 300-seat auditorium.
The two remaining volumes at the eastern end complete the audiovisuals zone and integrate the television and film studios. The library occupies a central position, accessible from the double-height atrium and its volume defines an ample entrance portico. The stairs, lifts, and sanitary installations are distributed evenly along the length of the circulation gallery, in such a manner as to satisfy the respective regulations. 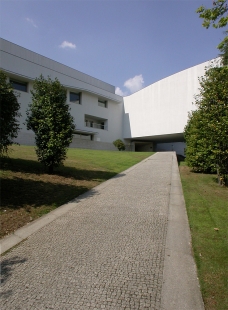 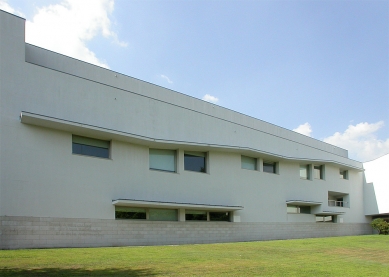 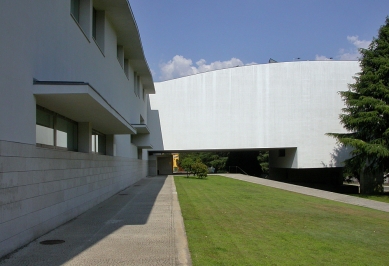 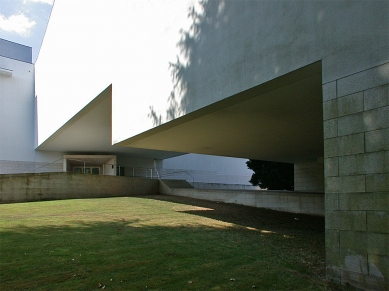 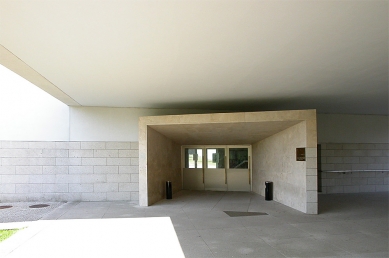 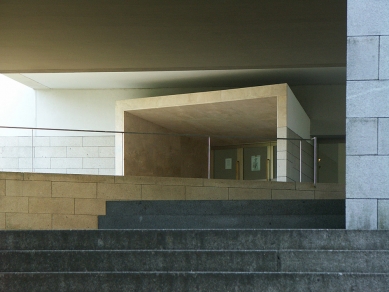 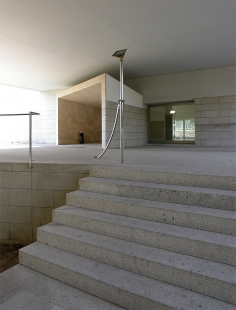 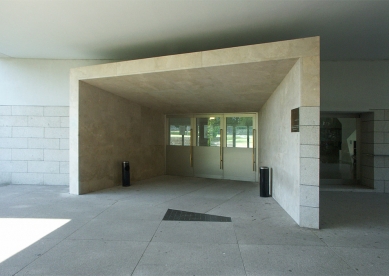 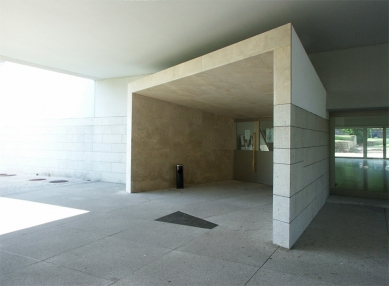 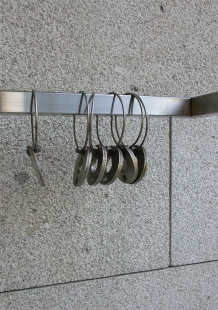 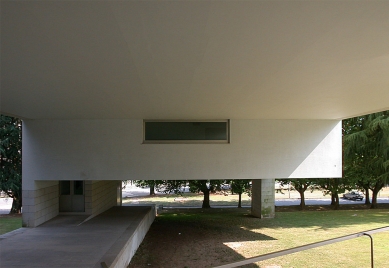 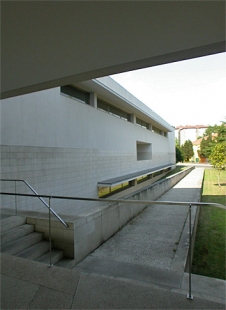 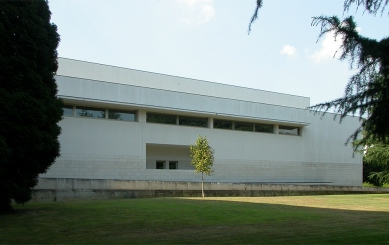 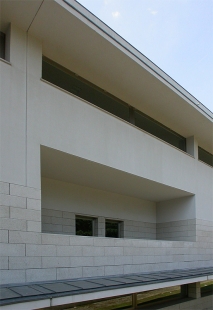 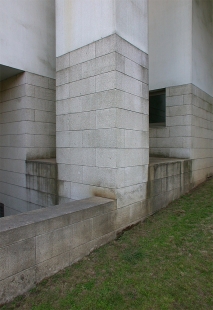 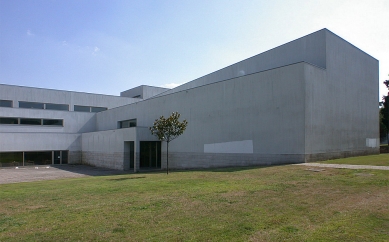 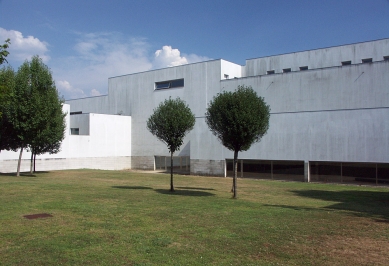 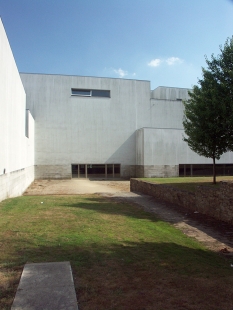 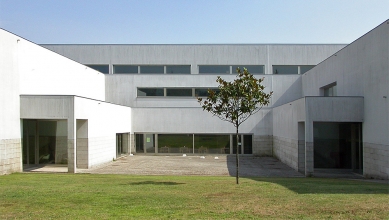 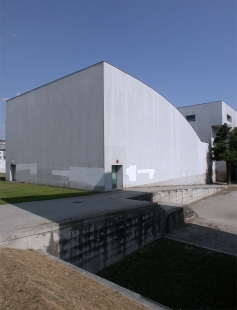 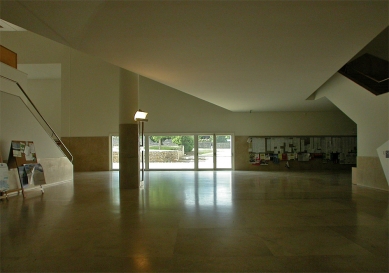 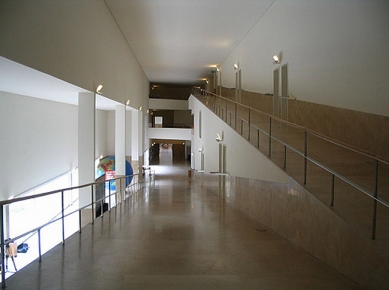 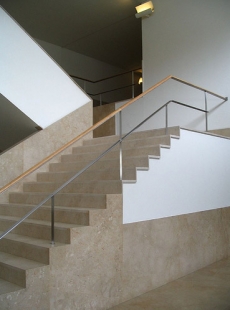 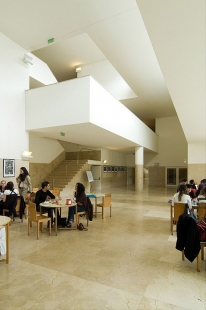 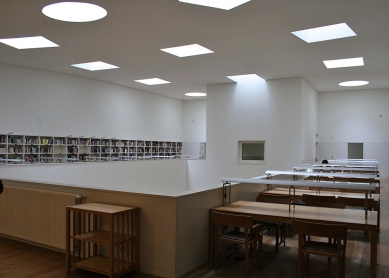 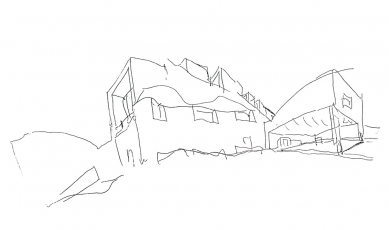 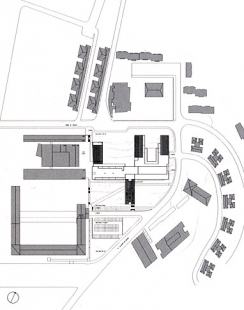 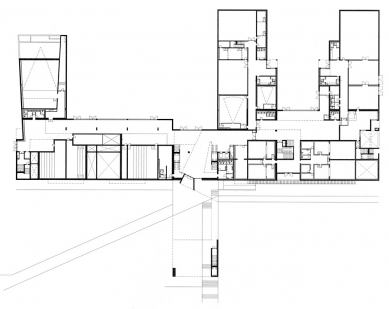 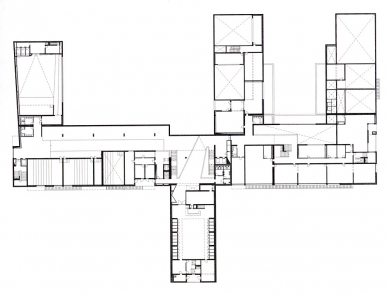 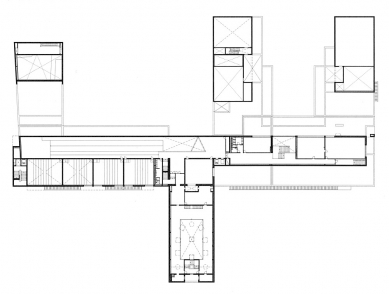