Set in a converted 19th-century brewery and its adjacent technical space added to the structure in the 1970s, the project overlooks an 11th century chapel and neighboring Gothic church – reflecting the town’s many architectural layers and histories. Merging two spaces with distinct heritages and adopting individual approaches –and understandings – of renovation for each, we responded to the respective building’s structural past and function, all the while rethinking conventional notions on restoration.
The 19th-century former brewery hall was restored in a classical manner, becoming a tasting room, where visitors are introduced to the rich wine history of the region of Moravia. The former technical hall was kept only as a shell, whose walls mark various changes that the building went through. This “white cube” receives an expressive playful insertion that redefines its interior. A dark mass of organic volumes fills the space in order to adjust the scale and atmosphere of this white cube to that of traditional wine cellars of the region. The newly defined space relates to the exterior through windows that open up to the main views of the church and river valley. 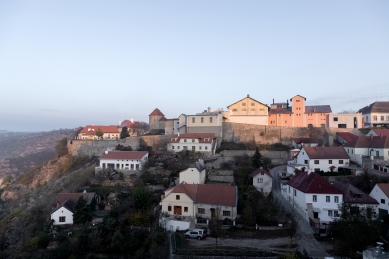 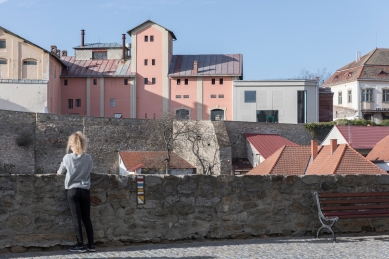 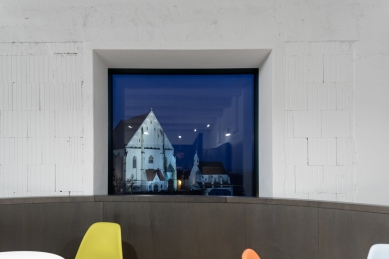 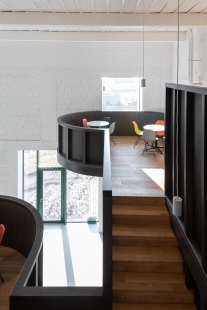 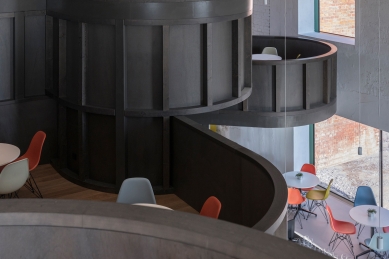 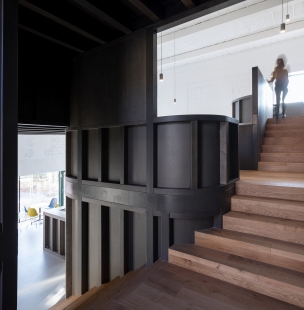 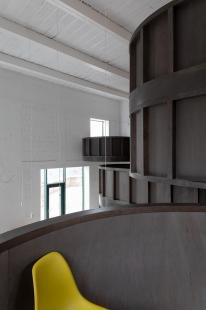 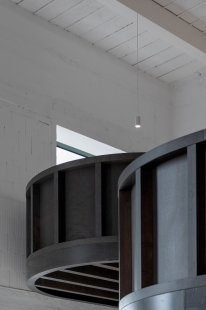 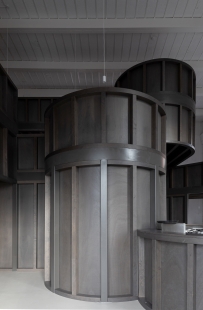 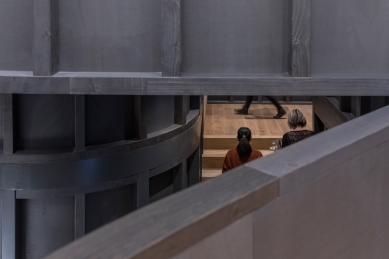 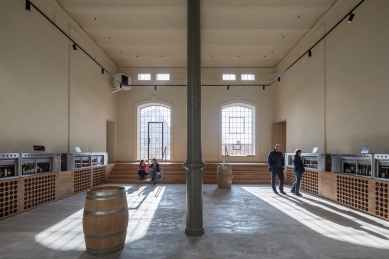 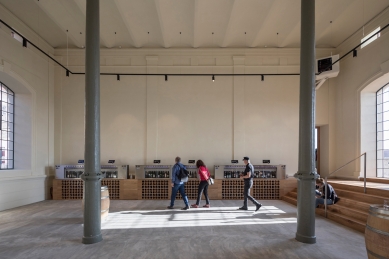 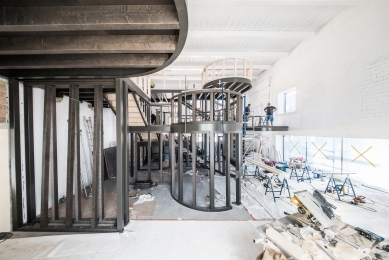 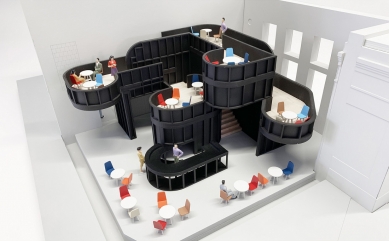 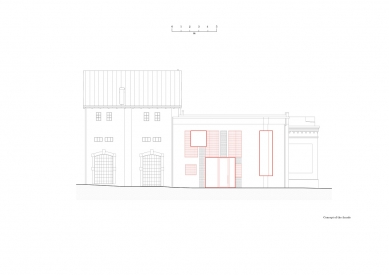 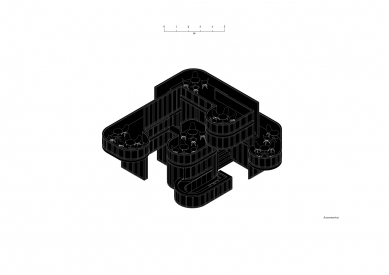 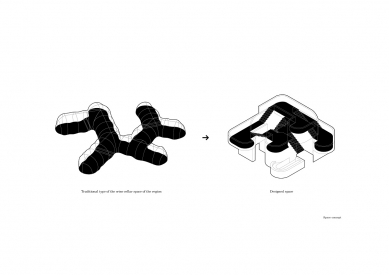 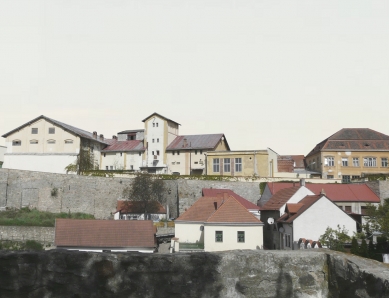