CHYBIK + KRISTOF (CHK) and Mecanoo present competition entry for the Vltava Philharmonic Hall, a new musical and cultural center located in the heart of Prague. Designed to meet 21st century standards for symphonic music concerts, with the development of modern construction and exceptional acoustic design of the halls, the proposed building addresses the need for an integrated cultural and social hub that compliments Czech history and culture, and simultaneously responds to the contemporary needs of the city.
Prague’s area of Holešovice - Bubny – Zátory offers significant potential for a new vibrant district, waiting to be shaped by a new cultural landmark of fundamental social importance – such as the Vltava Philharmonic Hall, located near the Vltavská metro station. Expanding on these ambitions, CHK and Mecanoo’s design integrates the concert hall into the existing city landscape, creating seamless urban implementation. In articulating the active part of the building’s program towards the urban environment, the architects propose a diverse mix of public urban spaces, including a transformed waterfront, a square, a courtyard, and a newly shaped boulevard, perfectly aligning with Prague’s unique topography and ensuring long-term economic sustainability and commercial development. Connecting the metro station, its vestibule, the waterfront and all other urban levels, the multi-level harmonious public space allows the concert hall to become a distinctive icon of the city’s urban landscape.
Urban ribbon wraps two separate cylindrical-shaped halls and forms an open-air amphitheater, connecting the lobby and open stage for cultural events. Located at the right of Vltava’s embankment, the main hall offers a unique visual experience for its visitors, and along with its structural engineering concept enhances the experience and quality of the architectural scheme.
“The main foyer has a prime position in the design, opening up towards the most notable landmarks of Prague: the Vltava River, Prague's city center, and the castle,“ says Ondrej Chybik , co-founder of CHK.
The five-story main concert hall, composed of the major hall stage level, its balconies, and the foyer supports the panoramic rooftop with a restaurant and bistro which is open to the general public. The second smaller hall is intentionally located outside the view of the dominance of the church towers responding to the HOLKA footbridge for pedestrians. A uniform urban carpet connects the site to its surrounding, creating a maximized pedestrian public space.
Emphasizing the combination of wood and the glass façade as its material, the hall is notable for its acoustic concept, designed by Nagata Acoustics, one of the leading acousticians in the world. The architectural form of the building enforces the perfect acoustic instrument as the great hall creates a clear transmission of sound from the performers to the audience by manipulating the dimensions and interior shaping of the space.
“The main concert hall cladded with wood resonates with the interiors offering coherent materiality and hospitable aesthetics. It creates an organism that functions as an instrument of excellent acoustics,” adds Nuno Fontarra, partner of Mecanoo.
The development of the project allows for the creation of both, necessary architectural expression of the concert hall and additional urban and functional composition, towards becoming a holistic cultural and social hub. The construction of additional features such as the multipurpose hall, a conference hall with the functions of a library and a school, allows the main structure to build on all urban ties in its surroundings by activating the street profiles and emphasizing the use of public space.
Designed as a modern representation of culture, architecture and perfect acoustic instrument the concept for the new Vltava Philharmonic Hall by Chybik + Kristof and Mecanoo confirms Prague’s international reputation as a cultural capital. 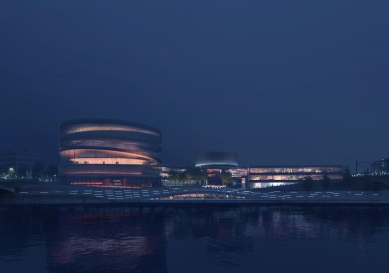 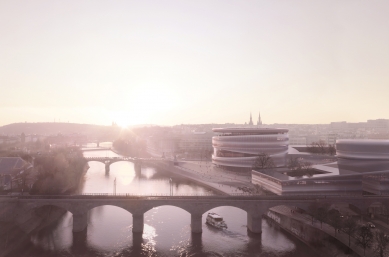 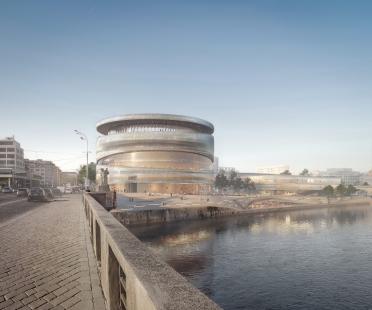 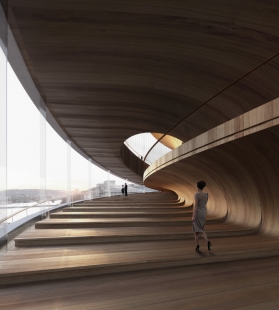 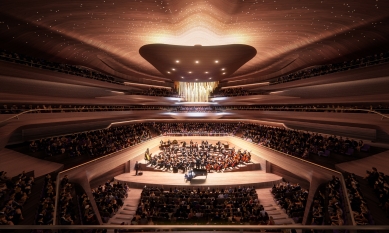 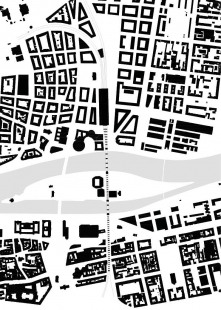 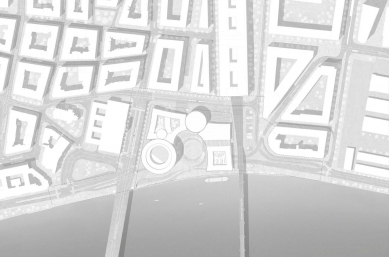 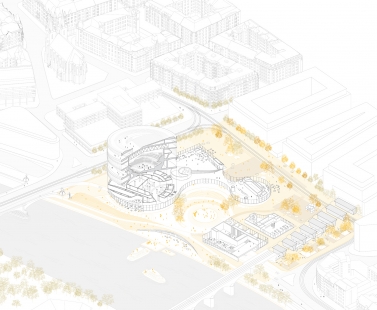 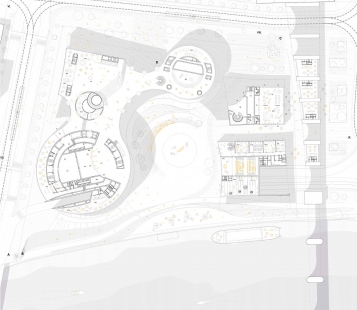 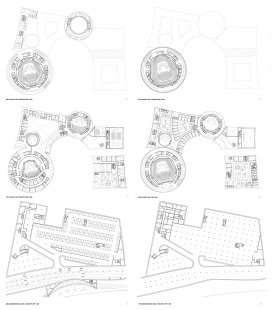 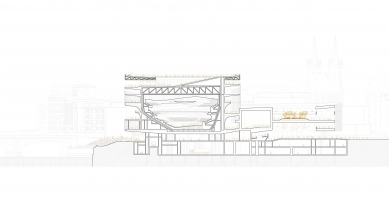