Task:
The existing building from the 1920s proved itself valuable to the client mainly due to the surrounding garden landscape. Nevertheless, there was the aim to create more space and living quality which was to be realised through revitalisation and extension. The client’s main wishes were the adaptation of the existing building to modern energy standards, a clearer and richer living space, the greatest possible view of the surrounding nature and the integration of garden and terrace areas into the living space and environment.

Location:
The house is embedded in a rural settlement area on the southern border of the city Linz. Due to the growth of the city over the years, the residential area containing family homes that have a garden slowly became part of the urban area.
From the architect’s point of view, this is mainly visible in the additional extensions of the family homes. The property including a house, a garden and an older stock of trees lies on a slightly inclined slope. The slope side is important here as it divides the property into two levels. The resulting difference in floor levels is balanced out by the existing building as well as the extension.

Draft:
Coming home to rural outdoor areas of the city, driving towards the house, parking and getting out of the car, entering the house. Every day, people take these “steps of transition” from the public to the private sphere, from the interior to the exterior.
They are mostly accompanied by a series of uninspirationally strung together spatial sequences: the street, the forecourt, the garage, the staircase, the living room. Based on this, the words “Interior and Exterior” were linked by a unique coherent surface as a synonym for “Being at home and coming home” when building the extension of the existing building. This idea is implemented by folding and cutting the Corten steel panel which links the public and private area to become a seamless entity. The driveway becomes the living area, which becomes the supporting ceiling, and which then in turn becomes the terrace, the ceiling, the living area and the exit. Everything is seamless. The deep colour of the Corten steel works by framing and opening the rooms (fitness, sauna and office) and offers generous views and access to the surrounding nature. The extension embraces the archetypically existing building without merging with it. It remains confident and adapts itself at the same time.

Implementation:
The extension of the living area is carried out with a Corten steel surface which enables us to feel more space and views. Its permanent auburn patina emphasises the steel as a carrying material which imposes structure. Compared with the strength of the steel, the glass panels appear to be transparent and light.
We almost get the impression that they are not there. The steel construction presents itself as a strong and confident counterpart next to the existing building with its plastered façade with heat insulation. 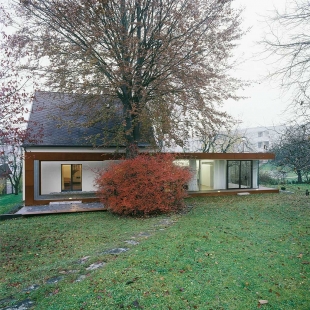 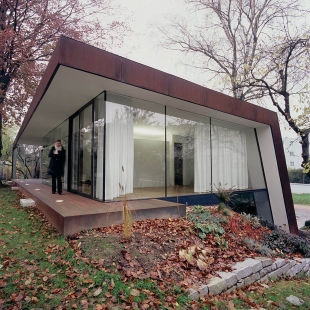 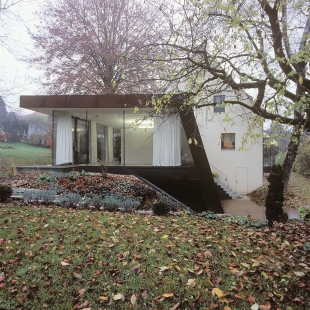 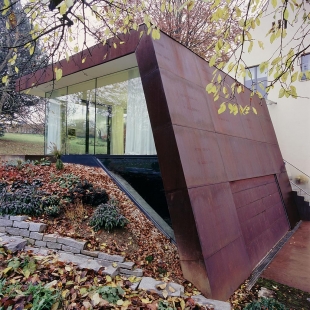 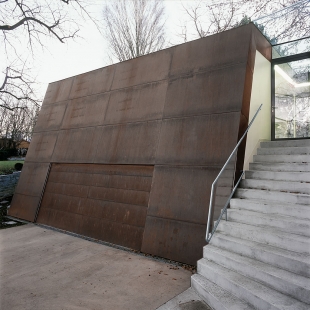 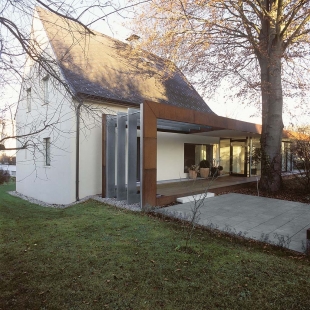 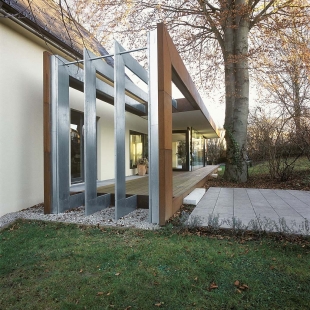 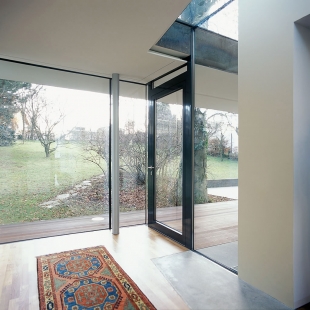 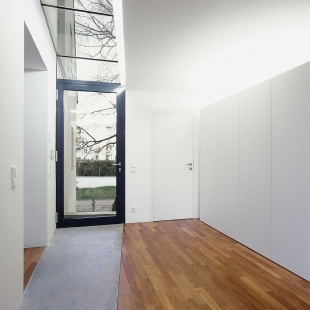 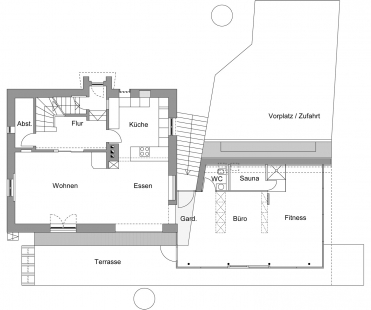 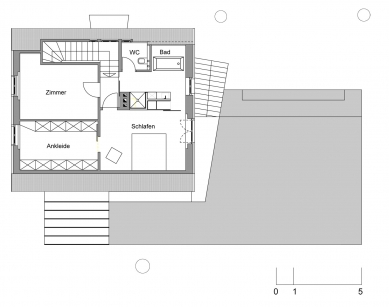 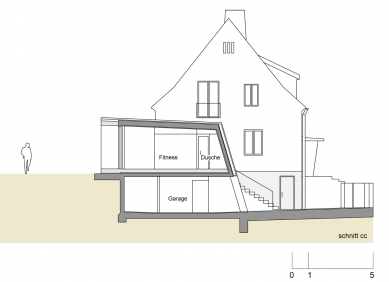 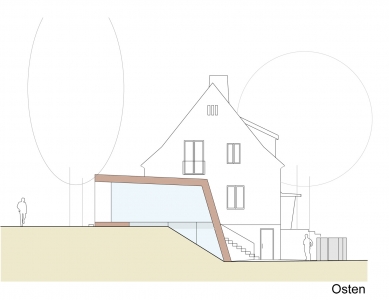 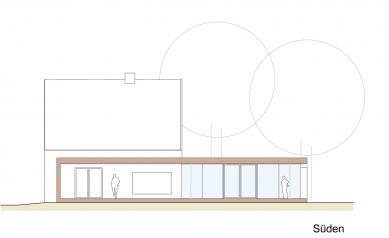 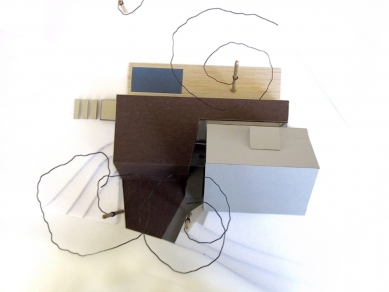 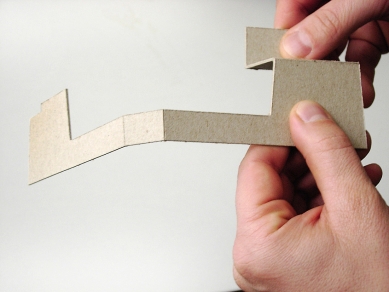 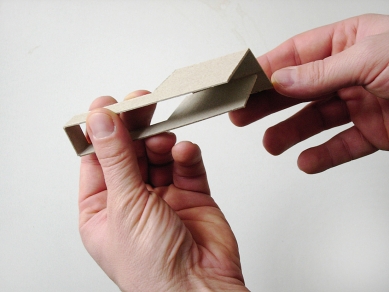