Japan - the image was called immediately to mind. Architectural photography had deposited a picture of Japanese suburbs in our brain. An image that is involuntarily echoed here. Telephone wires slicing the sky, sheds erected following no system, between them a piece of architecture with sharply cut edges and precise proportions: aluminium in an area of gravel. But the place is Fussach in Vorarlberg [Austria] and is, in fact, a pleasure boat harbour dating from the 1960s. lts artificially laid out canals interlock with the rows of an improvised boathouse colony. Peter Fritz' 'Sondermodelle/Special Models' have here long since become reality.   The Steinhauser boathouse lies amidst an El Dorado of informal improvised building: roof pitch, height and the distance from the site boundaries are stipulated, everything else is subject to a game of improvisation. Marte.Marte's boathouse takes up this game with the irregular rhythm on its facade and the changing pattern of rivets. But the neighbours do not like it. lt plays
according to different rules. Its starting point is not ecstatic romanticism but an abstract type, a form with openings that only looks like a house by chance. A timber structure with a closed aluminium facade rests on an extended concrete retaining wall at the water's edge. A seven metre wide sliding door indicates the protected approach to the double-storey boat garage. Living and sleeping areas are at first floor level.   An Aluminium Coat Of Armour  The compact armour made of aluminium panels opens only at the living room to allow a full-height window onto the canal and the terrace in front, on the south side of the building. A projection on the western side provides a start for a spiral movement, structured like a snails shell, that produces a narrow slit for the staircase. A concealed door hides the entrance to the boat garage and the storeroom under the stairs is a protected narrow grille in the facade. Inside, the chipboard panels on the walls and ceiling are untreated.   The floor, kitchen block and an inserted core with a fireplace and heating System are clad in dark red concrete shuttering panels. The bathroom and the three bedrooms are concealed at the very heart of the building. There is no inflationary use of doors, controlled opening across the diagonal of the living room to a corridor creates long paths of retreat.   The sleeping area is compactly organised and is an introverted core that retreats behind the closed up facade. Narrow viewing slits in the facade provide light and orientation. On the exterior a band made up of narrow perforations runs below them, behind it are ventilation flaps for the bedrooms. The access to the roof also requires the use of hydraulics. At the press of a button a staircase folds out of the ceiling with a gentle hum to leave the access free. At this point Marte.Marte introduce the clients profession (a producer of body parts for trucks etc.). Loading flaps, coachwork technology and aluminium provide the references.   The roof space serves as a sun terrace. Two large flaps of approximately three by four metres can be opened by activating a determinedly humming hydraulic system. The slight shudder with which the slowly turning flaps open back allows one to guess at the weight and force being used here.   From this point you have your first view of Lake Constance. The view from the living area is more an opening up from within than a reference to a view. The surrounding houses form an absurd panorama that is drawn into the so-clearly designed interior. A collection of house types: flat roofed boxes, log cabins, rustic 1930s style houses and tent-like small dwellings. A bricolage, often disfigured by voluminous boat garages, that generally exceeds the houses in size. 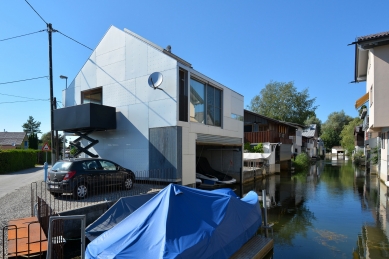 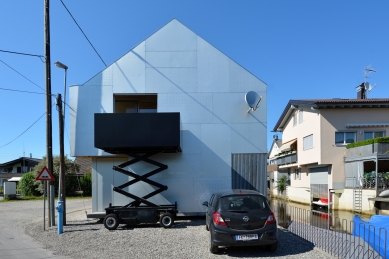 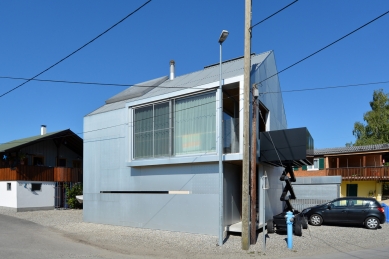 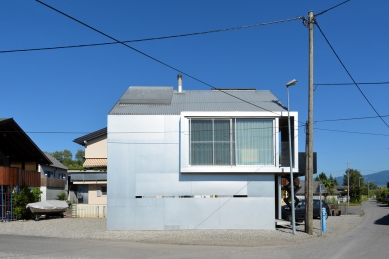 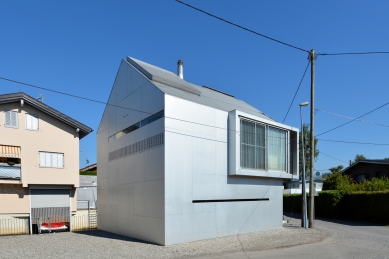 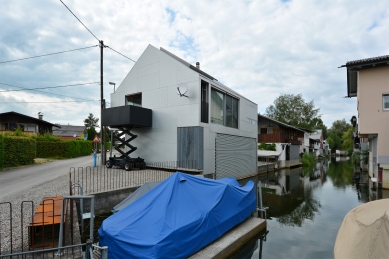 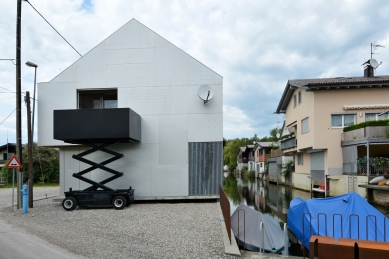 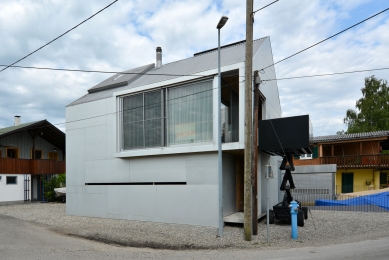 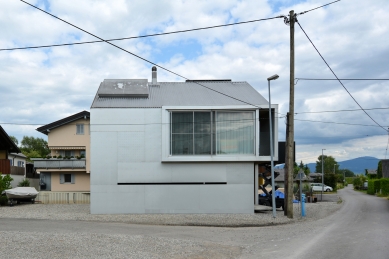 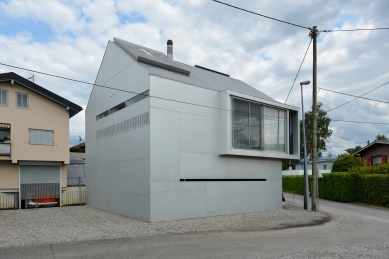 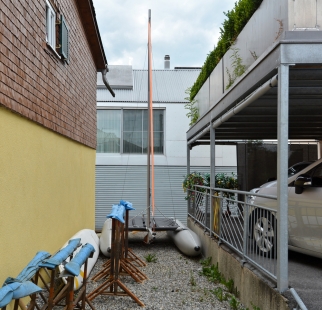 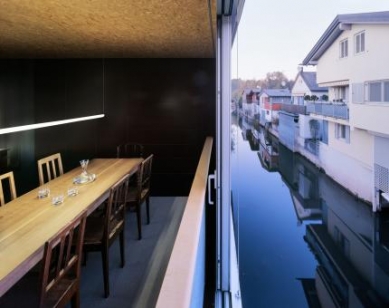 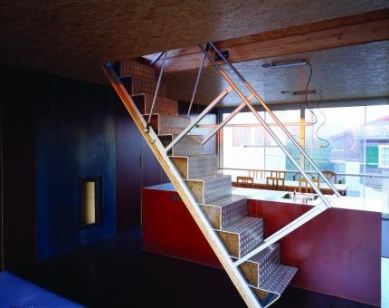 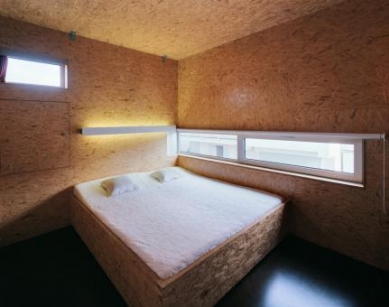 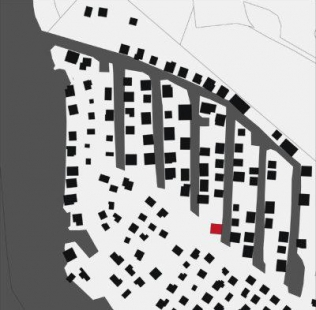 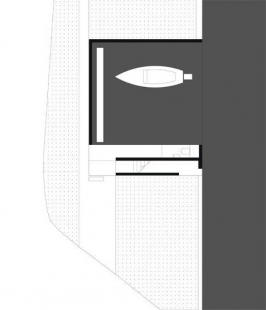 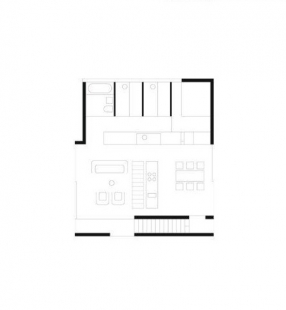