It takes a lot to create a building like this. The materialization of the State Gallery of Lower Austria in Krems-Stein an der Donau is based on the architects’ daring vision, a determined political will, the teamwork of museum experts, craftsmen, and companies, and a dash of revolt. Krems – concentrated atmosphere on the broad Danube River, surrounded by gentle vineyards, crisscrossed by narrow lanes and attractive squares, nourished by the soundscape of the Minorite church and the museums of the art mile, resounding to the ethnographic music of Glatt & Verkehrt, the cacophony of tourists’ voices, and the avant-garde Danube Festival, and alternating tastes between Federspiel white wine and juicy apricots…
Vis-a-vis from Adolf Krischanitz’s austere Kunsthalle in the former tobacco factory, and next to Gustav Peichl’s Caricature Museum with its playful saw-tooth roof, the solitary building of the State Gallery makes an unmistakable artistic statement and joins forces with its location in a striking way. The structure, more sculpture than the building, eludes the viewers’ appreciation, constantly altering its expression and shape, and resists being drawn to scale, opting instead to be a concrete manifestation of the interplay of forces. The torsion around the northwest axis of the building generates a multitude of hyperparabolic surfaces.
The connecting lines of the ground and roof floors’ unequal squares create spectacularly contorted surfaces, difficult for the human eye to comprehend. The sculpture twists around its vertical axis tapers towards the top, and thanks to a carved-out incision in the roof, provides a clear view of Göttweig Benedictine monastery. Apart from the ground floor’s four glazed arches, it is this gesture which connects the building’s interior with the genius loci. This helps one of the most important landmarks of the Wachau Region to achieve its full effect, as the viewer’s eye is drawn to the historical monastery.
Otherwise, the malleable construction seems hermetic from the outside. The scale armor composed of matte zinc rhombuses transforms the “four-legged” concrete giant into an armadillo in knight’s armor. Inside, the two concrete towers forming the vertical constant of the building are a point of reference, an aid to orientation, and Escher-like stairs in one. Two fire escape staircases build one DNA helix, which leads and confuses viewers simultaneously. Owing to the powerful contortions of the exterior walls, every floor has its own unique layout.
An original wall system for displaying images was developed together with the experienced museum team and a renowned museum planner. Art will conquer these interior spaces and connect with what feels huge and unrestrained as if you were walking in the belly of some gigantic creature. The State Gallery is like a holographic image of a geometric shell contorting around itself. What on one side appears to be aligned is on the other an overhang. Depending on the angle, the surfaces seem to twist – the motion captured in the still image is reanimated in the viewer’s motion. A sense of possibility leads to a sense of reality.
marte.marte architekten 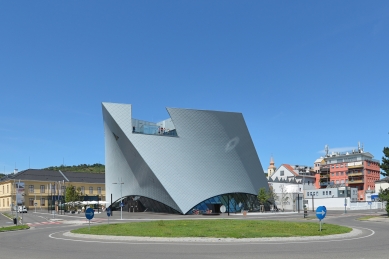 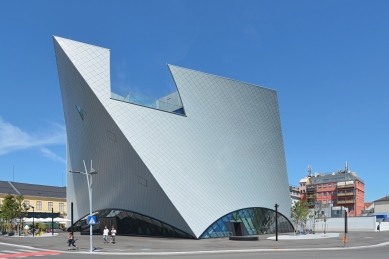 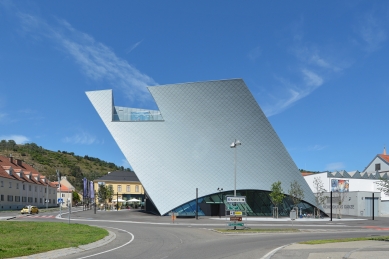 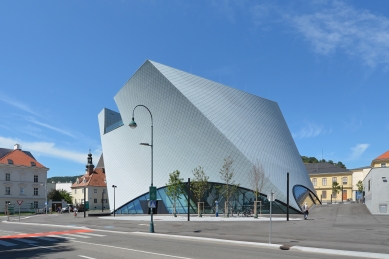 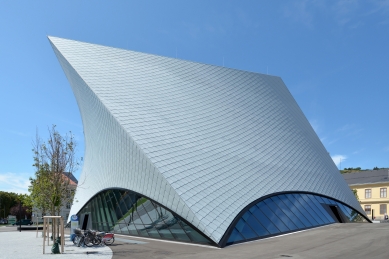 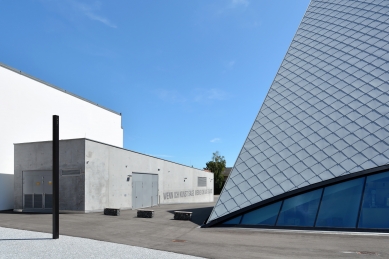 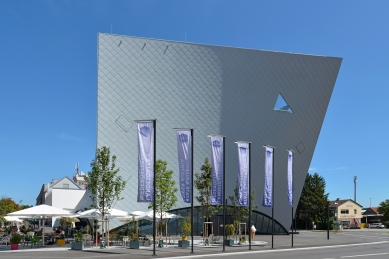 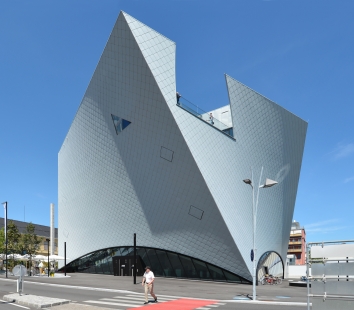 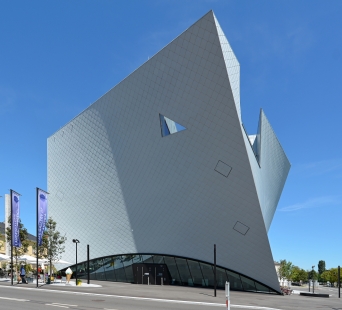 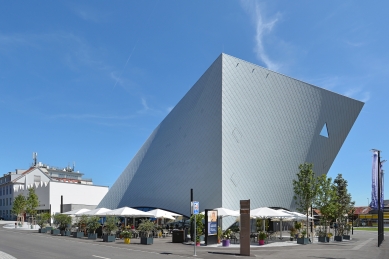 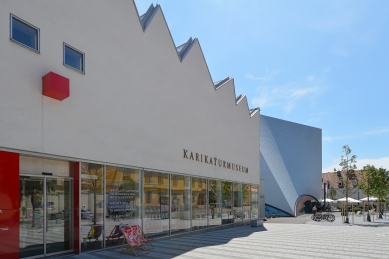 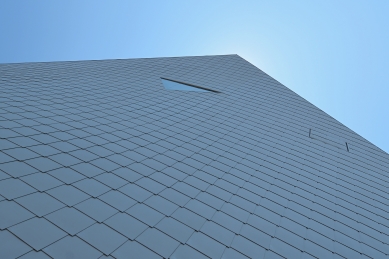 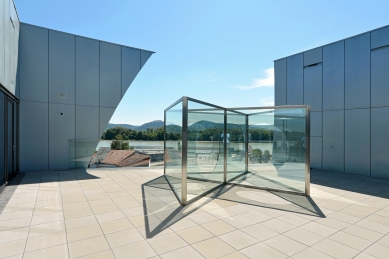 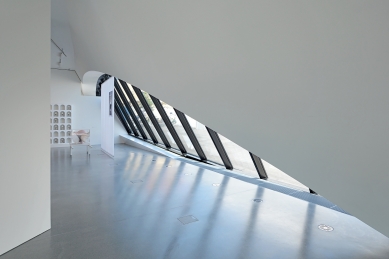 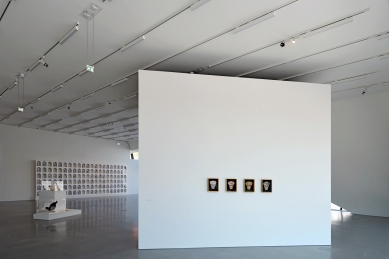 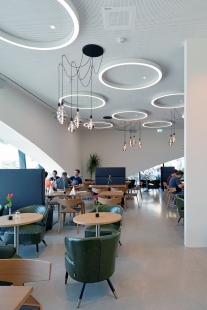 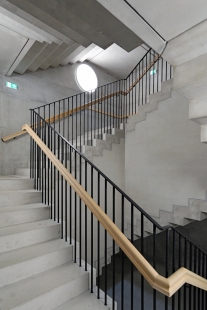 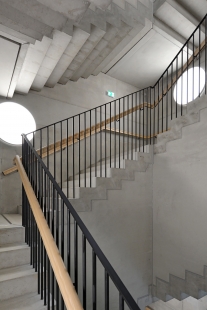 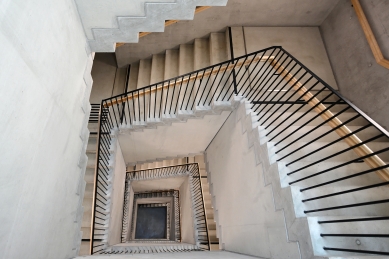 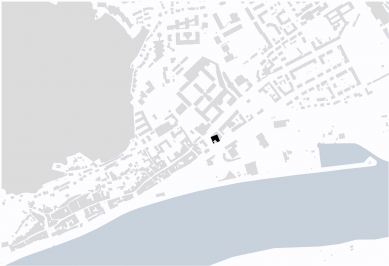 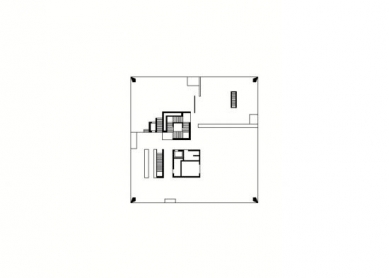 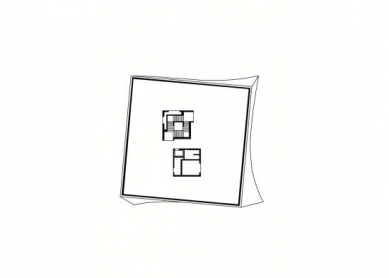 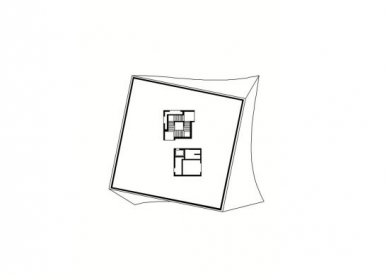 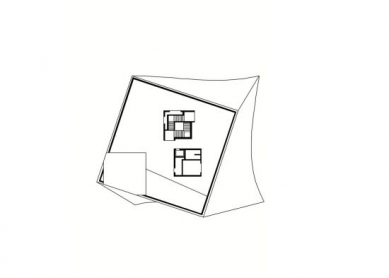 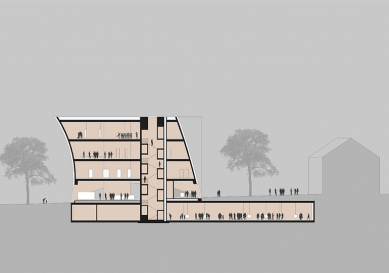 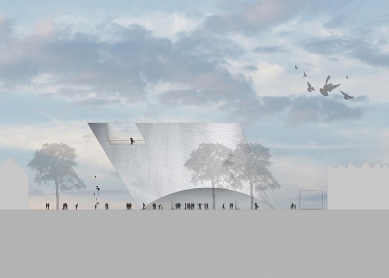 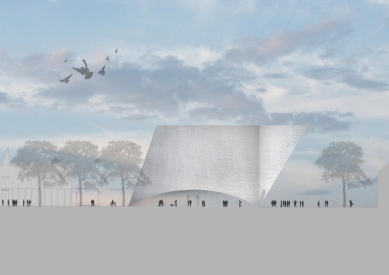 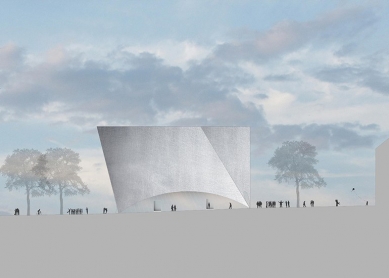 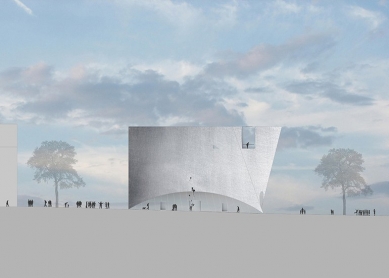