The withdrawal from the no doubt accepted, yet constricting, neighbourhood is reflected in the resort to the micro scale of the individual garden refuge, cut out from the house’s square ground plan. The large living areas act initially as a large room that is formed by its various flanks; on the one hand constrained by the atrium, seat niche and adjoining rooms and on the other hand, expanding toward the exterior. The continuity of the living rooms, or rather of the living room, is accentuated by the flowing of the long strips of parquet flooring and bright walls throughout. In marked contrast to this, the functional rooms are designed as compact chambers, which have been lined with different materials according to their contents: linings, into which ‘traces of the inhabitant himself are imprinted'. This principle of protective lining within the hard concrete casing reveals itself most sensuously and perceptibly to the visitor on entering the entrance area, which is clad entirely in natural MDF boards. In the same way, the wet cells are covered completely with glass mosaic stones, whilst the cabinet area is lined with fabric and the entire kitchen is uniformly enveloped in black colour - reminiscent of the soot-blackened fireplace. 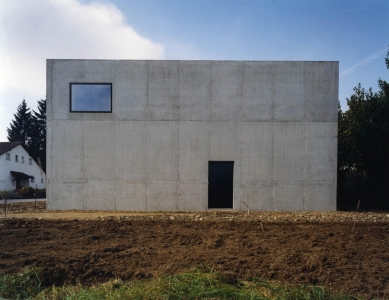 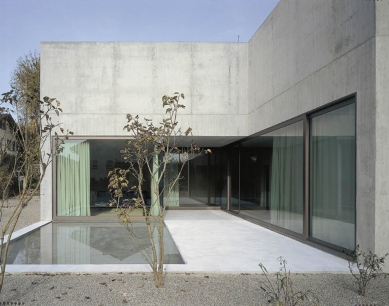 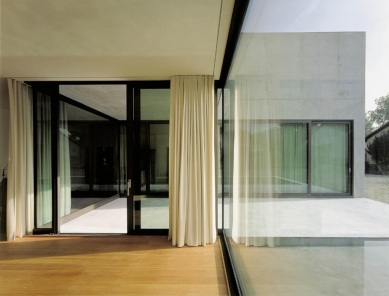 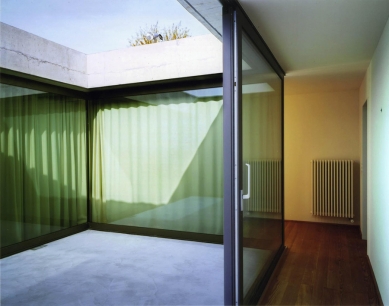 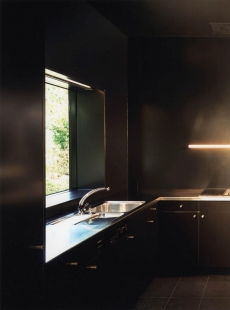 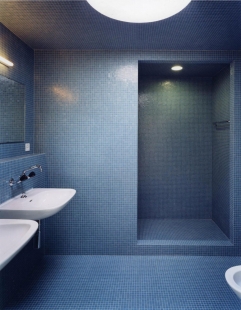 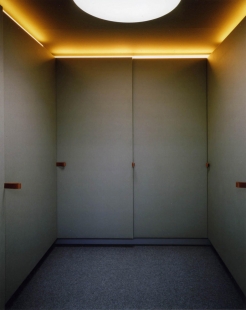 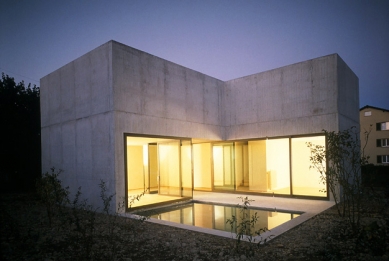