Mountain cottage in The Orlické Mountains (“The Eagle Mountains”), near the Czech-Polish border.
Timbered part of the cottage was demolished in the second half of the last century. We renew the demolished part and restore the original cottage scale. Renewed part of the cottage is carefully hides his new purpose. The regular rhythm of vertical wooden planks on the façade gives it the character of the barn.
It is a traditional form of facades in the territory. Modern content is hidden behind this facade. Narrow windows, bearly visible during the daytime are the only clue that behind the facade unexpected is hidden.
Refuel works 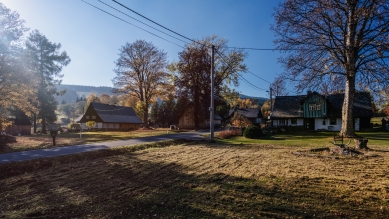 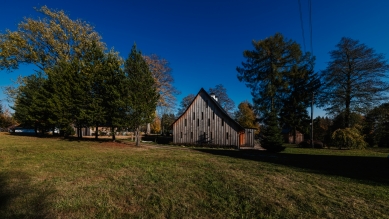 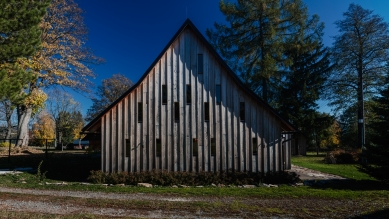 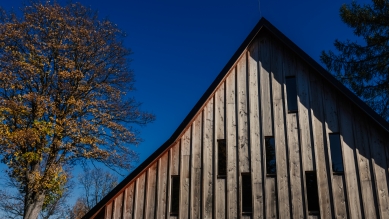 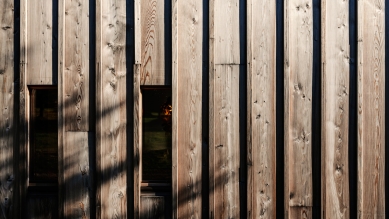 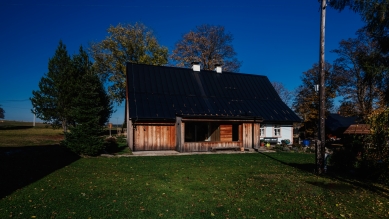 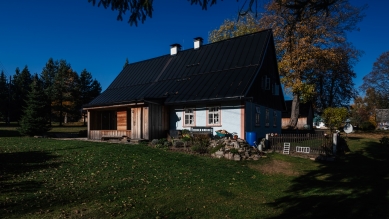 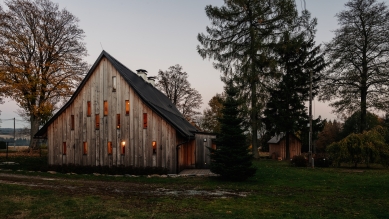 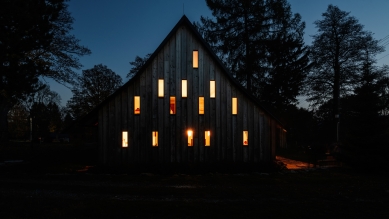 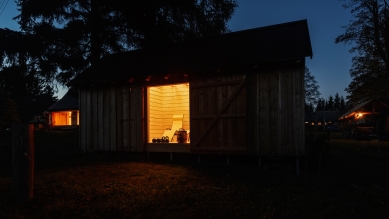 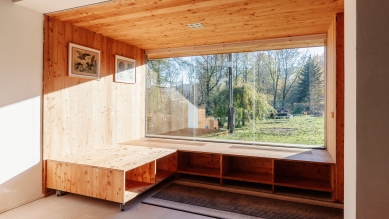 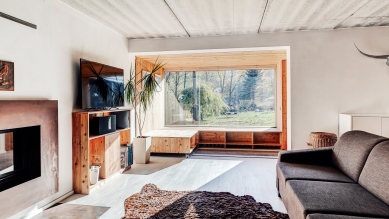 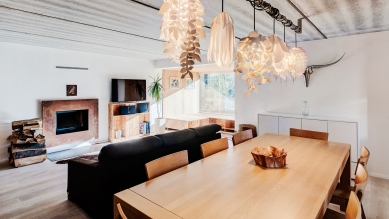 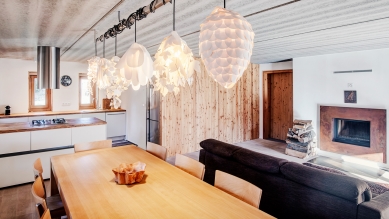 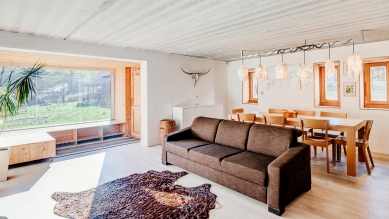 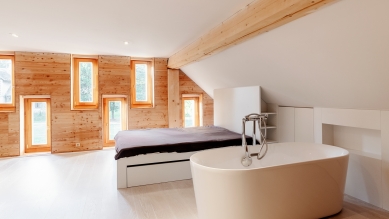 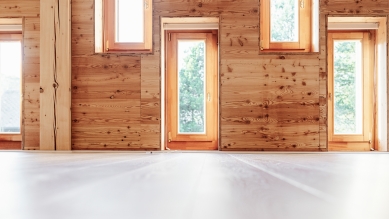 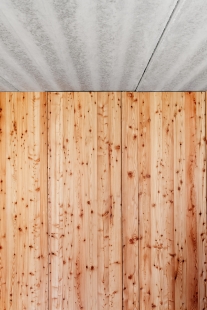 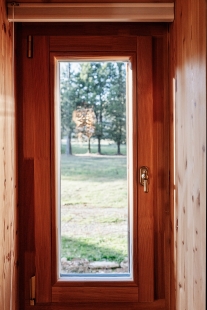 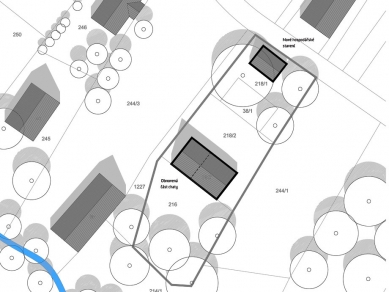 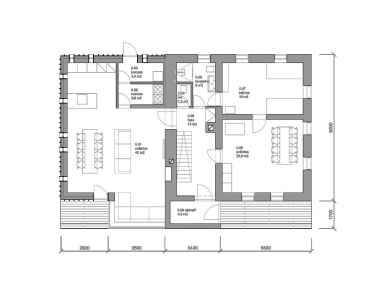 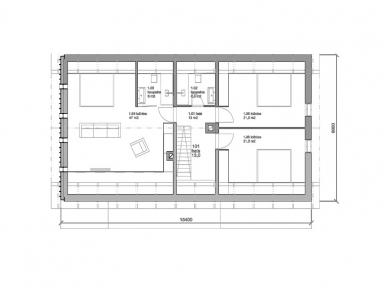 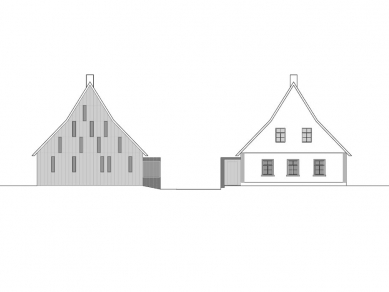