The entry to the Montafon Valley is a topographical bottleneck. The railway, the federal highway and the new cycling path offer access to the southernmost valley of Vorarlberg, which is surrounded by high Alpine mountain ranges. Running parallel with the valley, the raging Ill River, prone to flooding, crosses the Alfenz River from the east and channels the Alfenz River into its current.
A few meters before the confluence, the new concrete bridge structure spans the tributary and grants pedestrians and cyclists safe passage. A supporting structure underneath was not possible because of the lay of the land and the required flood control. The solution to this problem was a covered bridge with load-bearing capacity on the lateral sides. Modelled on bionic principles, the irregularly placed struts and ties, which are noticeably thicker at the ends, create a bridge house with open sides. The inclination of the trusses is determined by the shear force and is thus steeper the closer the struts are to the bridge bearing.
There are more walls on the side facing the heavily travelled road, whereas on the Ill River side the triangles of the framework offer a view of nature. The structural wall frame responds to environmental influences and supporting loads by means of the different sized openings. The character and overall aesthetic are a result of structural logic and the efficient use of materials. Thus, the connection to the Bludenz-Schruns cycling path has been, literally, “massively” improved, since the bridge, through its concise design, is certainly a hard-to-miss landmark in the network of car-free mobility. 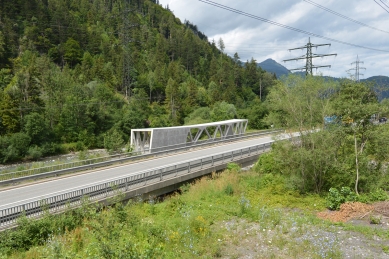 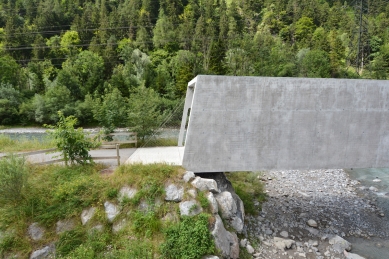 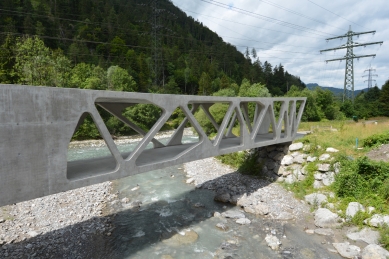 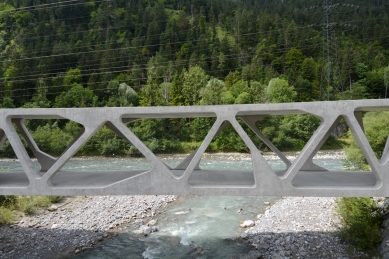 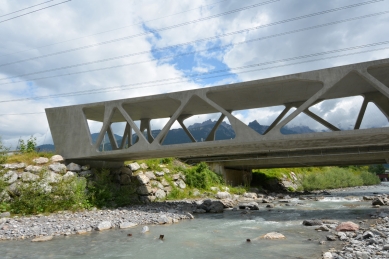 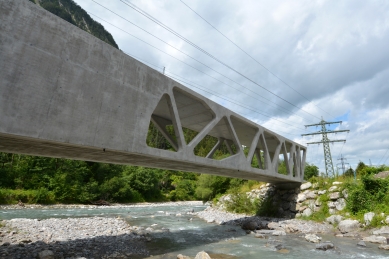 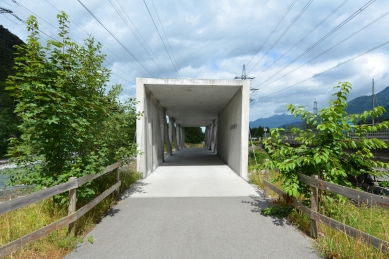 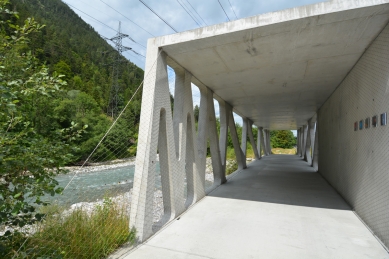 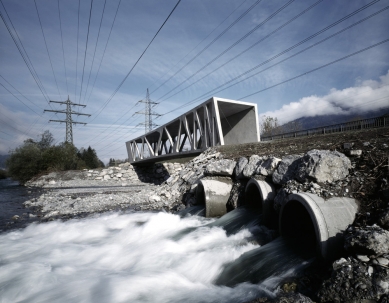 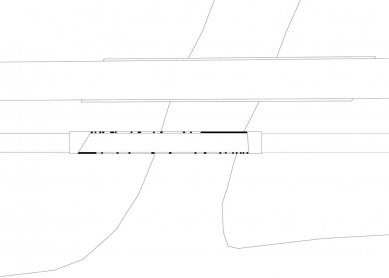 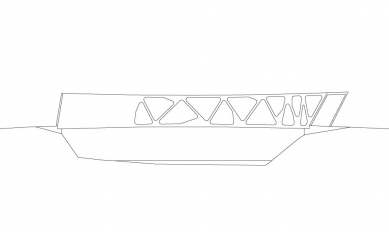