Journey from Renaissance to Baroque

The project "From the Renaissance to the Baroque", in the city of Moravska Trebova, included restoration of historical sights and construction of a road between the renaissance chateau and the baroque calvary. The city approached us with a brief to create a structure, near the chateau's car park, which would provide information about the sights and serve as an educational trail.

We chose to locate this structure on the axis of Branska Street to link the historical centre with the orbital road and ultimately with the recreation centre that was scheduled to be built nearby.

The concept of the structure is a Gate to the timeline of Moravska Trebova's history. The Gate's axis, conceived as a spiral winding through the space, forms the inside of the Gate and at the same time graphically illustrates the significant dates that relate to the city's historical sights. It consists of 11 concrete segments with different shaped holes enshrined in the pre-concreted cups. The Gate is located on the street's axis with precise north - south elevation, creating a slight rotation with reinforcing segments placed in the floor in the direction of the rotation. On the inner side of the segments there are illustrative stone inlays, which also echoed on pillars along the paths.

In addition to the Gate design, road signs and street furniture, just before the construction started we had managed to change the planned paving of the chateau's courtyard. The courtyard is now paved with only traces of the original gothic castle, which gave way to the construction of the renaissance castle. Its historical imprint is in the form of stacked slate and the remaining area was grassed and completed with greenery.

The Gate is not only the bearer of information, but a simple composition that represents the rational profile of renaissance and dynamic baroque curves. Not only that, it also touches on the constant changing motifs of human creativity. At first, the Gate was called the radiator, but already during the construction the citizens renamed it The Gate of Time. 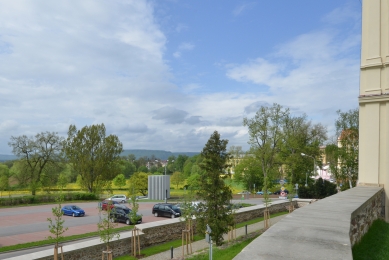 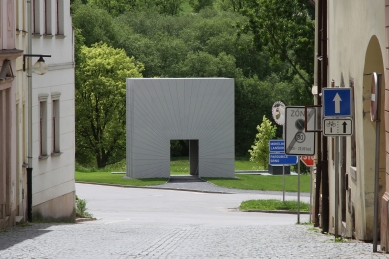 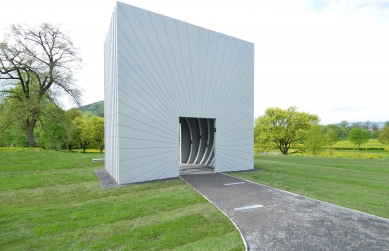 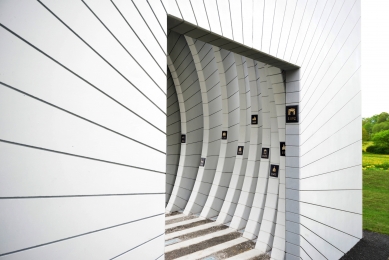 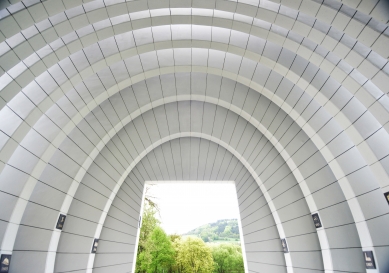 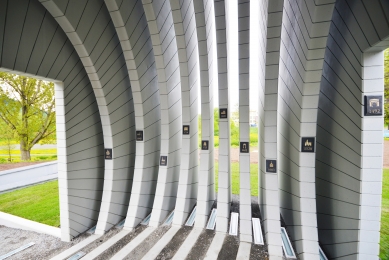 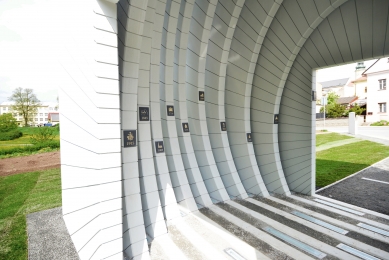 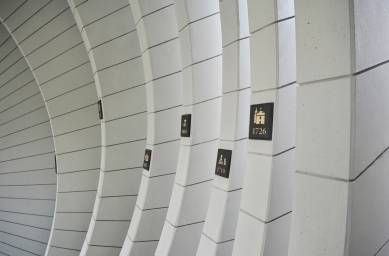 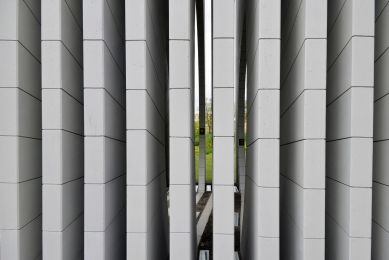 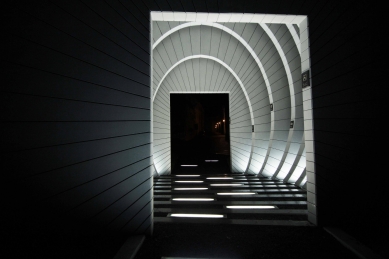 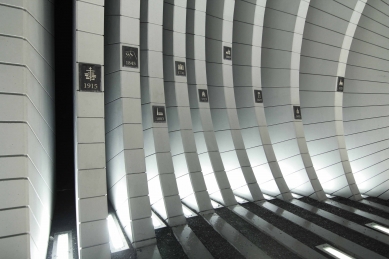 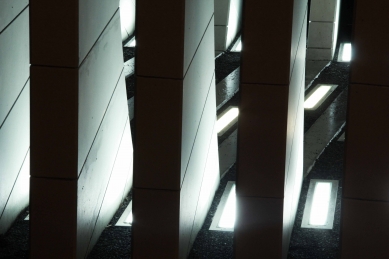 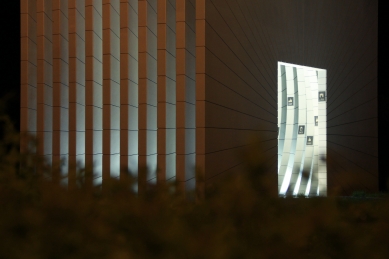 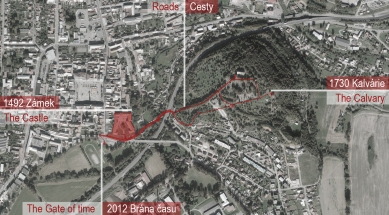 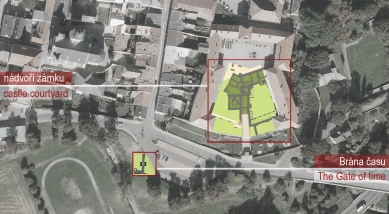 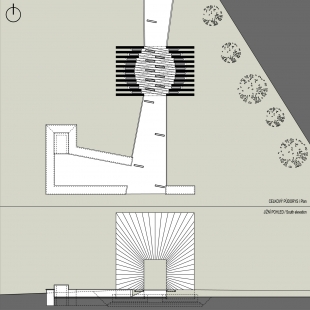 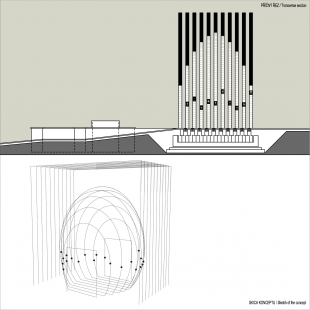 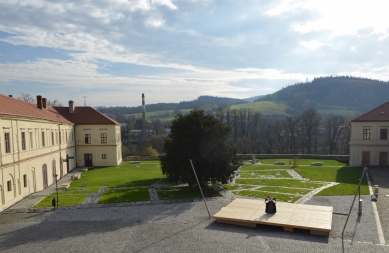 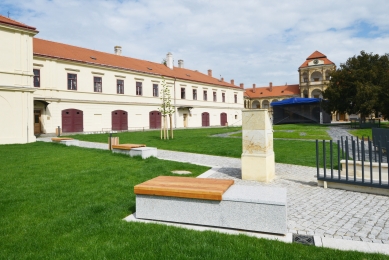 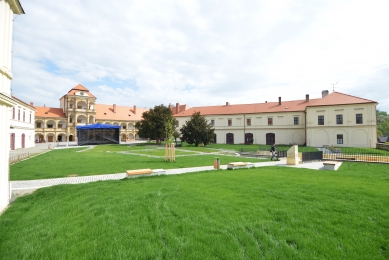