100 eshop.czk
The smoked meat factory was owned by famous Nusle butcher Augustin Šebek, whose cousin, European wrestling champion Josef Šmejkal, also known as BIG JOE FROM NUSLE, who wrestled a bull with his bare hands, brewed beer in Mnichovice and beat World wrestling champion Gustav Frištenský.
It is often surprising, the forgotten stories can be found in the ruins of old houses, that are not in the center of our interest. That's also the story of our house. Three apartment buildings, built at the beginning of the 20th century belonged to one family. In 1926, a smoked meat factory was built in the courtyard, supplying sausages not only to the family‘s own shop but throughout the wider area. Over time, as property was inherited, nationalized, privatized, the former smoked meat factory empire became one of many "ordinary" industrial buildings and permanently abandoned in the 90's. It has become a place with an atmosphere and an almost twenty-meter tall chimney.
Our aim was to remove from the house more recent, unfitting modifications, and to preserve not only the building‘s industrial character, the atmosphere, but also the story that took place there. The shape of the house has not been changed fundamentally, apart from the newly made window openings and skylights that allow in more light. In terms of floor space, the changes consist of a small extension on the 2nd floor "behind the chimney" and the enlargement of the technical room on the 3rd floor. It is still possible to enter the chimney and soak up the smell of smoked meat. All floors are connected by a lift.
The access and interior layout have been adjusted and modified to suit the new life of the building. Perhaps the biggest change is the move of the staircase connecting the basement to the first floor to the center of the complex. There is a separate entrance to the 2nd floor via an exterior staircase, which opens out onto a terrace. The old factory ambiance is everpresent with blue tiles throughout. 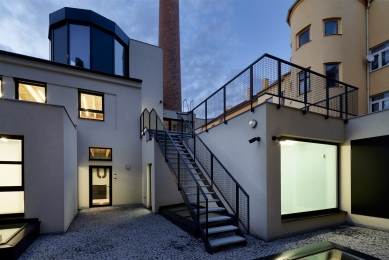 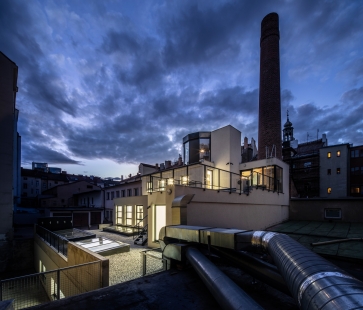 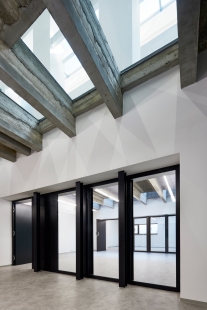 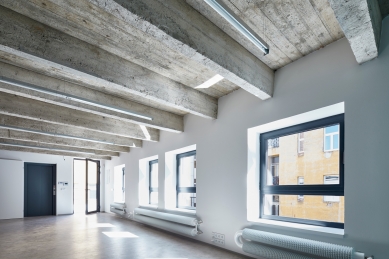 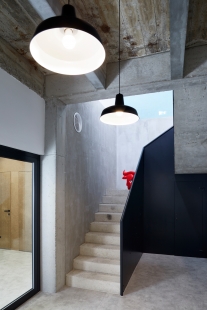 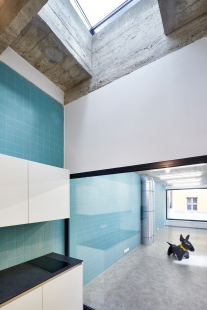 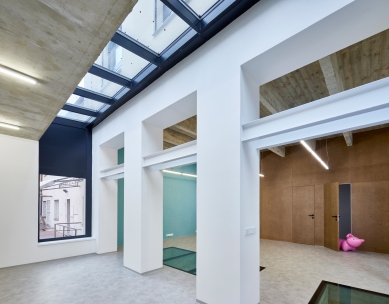 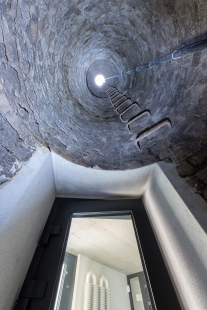 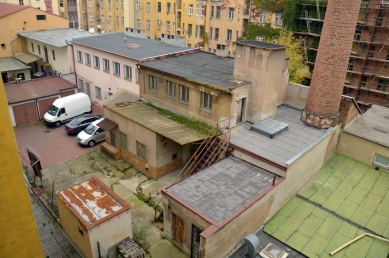 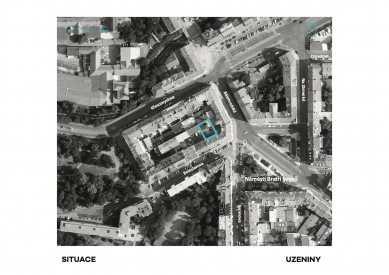 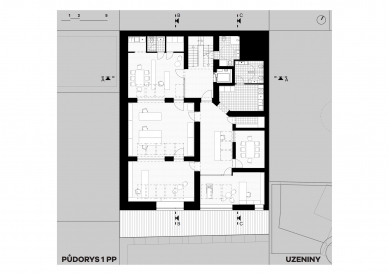 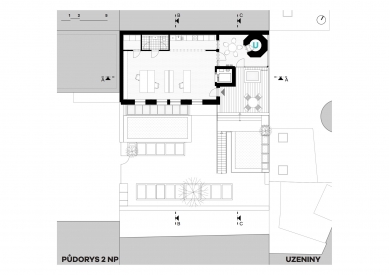 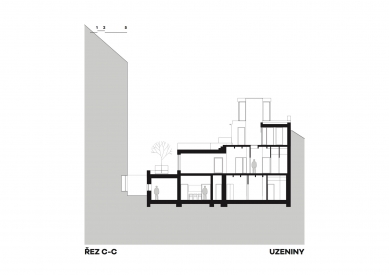 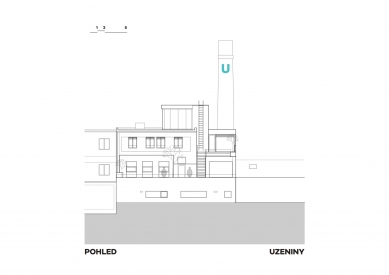