The property is situated in a very attractive yet quiet location in the close vicinity of the centre of Liberec with the castle, the main square, and the town hall. The surroundings comprises large apartment villas from the beginning of the 20th century emitting typical locla atmosphere of generosity and seriousness of the rich textile city influenced by the culture of the then prevalent German population. The value of the residential environment is strengthened by plenty of greenery on the particular land and on the neighbouring plots, as well as in the wider area. One of the most important criterions of the proposal was to preserve grown trees and mature vegetation.
The house corresponds to the neighbouring constructions in volume, mass and facade solution. Although it comprises 14 flats with 3 or 4 bedrooms, the house deliberately conceals the amount of flats within through the use of grouped windows in both directions – vertical and horizontal. Some markedly different parts of the structure, the lighweight corner lots, and the effect of grouping the windows into larger units are the basic components in making the generous scale of the facades. The small structure of brickwork provides the building with a minor detail in an abstract modern form, which helps to make it closer to the decorative facades of the neighbouring eclectic or art noveau villas. The recessed top floor freely paraphrases the roof parts of the neighbouring houses. 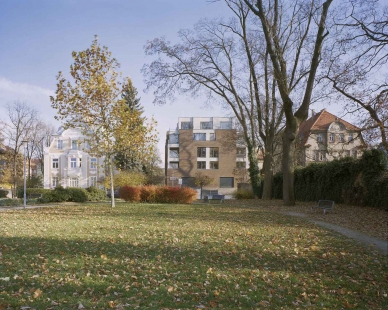 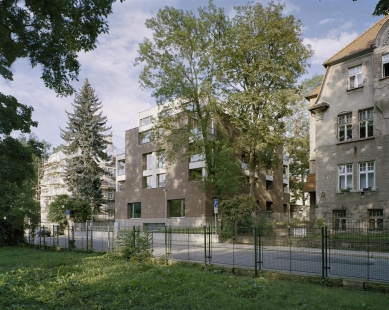 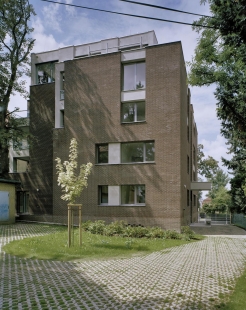 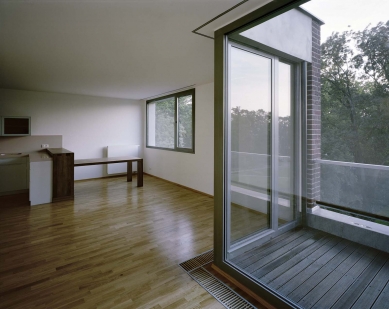 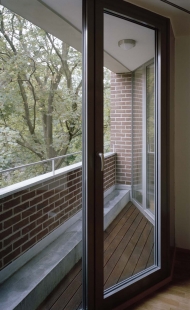 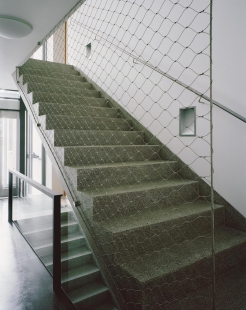 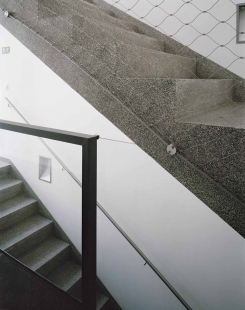 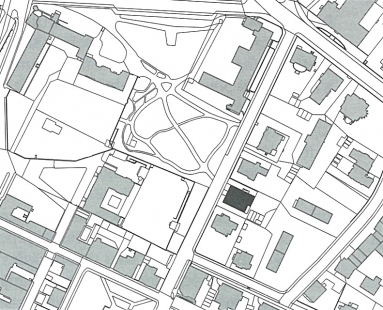 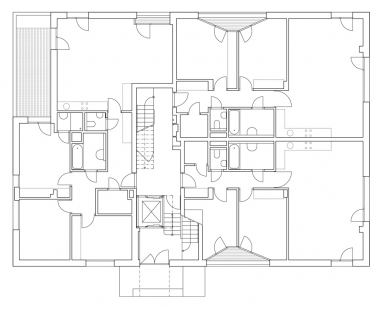 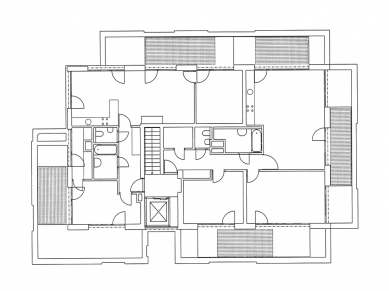 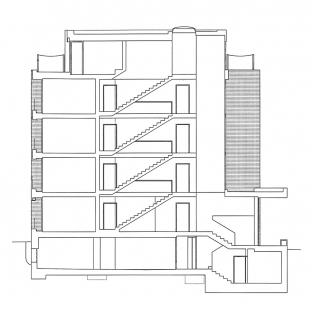