Building city within a city
The lot was located in a difficult area, originally classified as high-density and was already fully developed, adjoining buildings 14 to 30 stories high. The regulations were later changed and, when the project was being designed, the limitation considered a maximum of six levels plus a roof garden.
Given the density requirements—24 units, 164 sq. meters, a 1,300 sq. meter surface and 30 meter long front—designing a linear façade would lead to 60 per cent of the apartments having interior view. Taking these variables into account, we opted for designing two side blocks within a 60 cm. distance of the borders, thus generating a central courtyard to play the role of green area, access and lighting center, but that would also generate facades proportioned in terms of the project’s scale.
This program succeeded in providing 66 per cent of the units with a green area. The first eight with a private garden and the last eight with a roof garden. In addition, all apartments are two-leveled.
The street access becomes a stroll past a reflecting pool and gardens, employing 90 per cent of the permeable space as green area. In addition, the project includes a rain water recycling system for irrigation and car washing.
The individual program consists of 164 sq. meters, with two bedrooms, 3 and a half bathrooms, studio, dining-living room, kitchen, and service quarters, all surrounding an interior, six meter-high hall/family room. The program is completed by a common area, with gym and swimming pool at the basement 1 level.
The front façade boasts two slim vertical concrete sand-colored beams separated by the volume containing the home. These pieces were cast with a double concrete face and marble grain. They were later finished with a marteline, bringing out a tree that begins with the trunk at the level of the first beam and continues the trace in the second one. These beams, that seem to float from the façade, become a parapet present throughout the building’s perimeter and returning to the front under the form of a slab.
One of the main goals of this proposal is to generate the illusion of slimmer volumes, avoid noise and incorporate and proportion the project with its environment in a positive fashion.
The inner façade was designed as a city within a city, striving to achieve the residents’ movement and interaction by means of exposed circulations and aluminum panels containing glass frames and tilting vents. In order to achieve privacy when walking past each unit, we elevated the ground levels of each apartment by 90 cm. with regard to the hallways and added a 70 cm. interior parapet, which prevents any direct visual contact from the access hallway. This was achieved by creating independent stairs that reach each apartment.
Once having achieved proportioned inner views, our next task consisted in covering the adjoining facades with metal sheets since all three border the parking area practically throughout all their height.
At the back of the building we designed a vertical opening in the elevator cube, covering it with an image of the sky that is part of a story in which a group of children invent a flying umbrella. 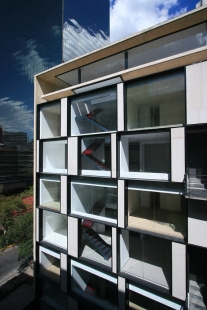 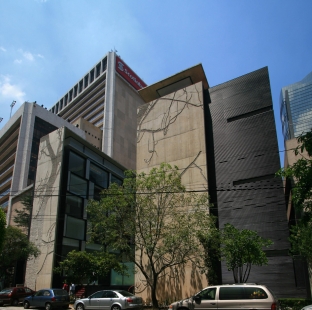 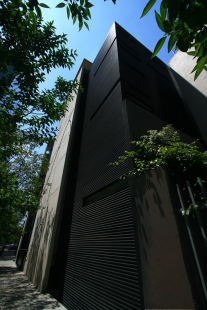 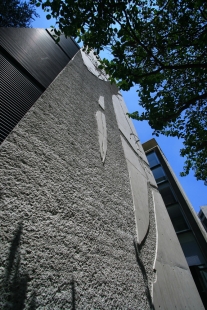 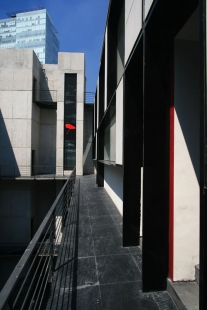 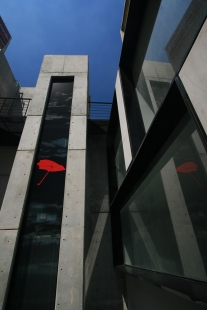 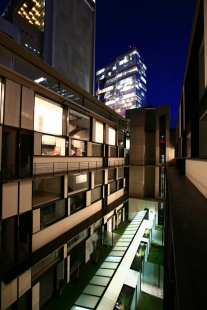 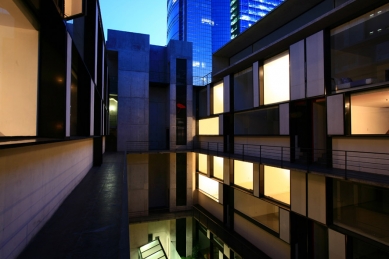 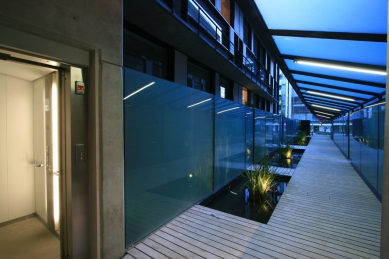 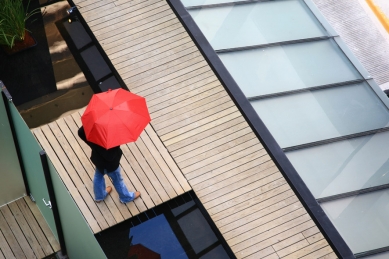 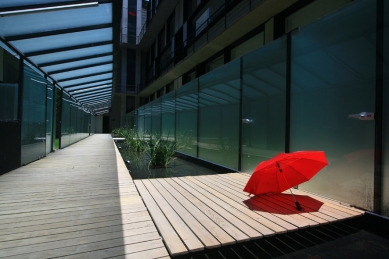 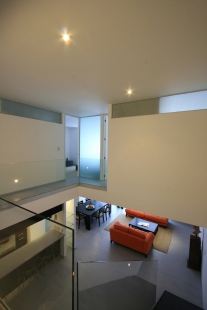 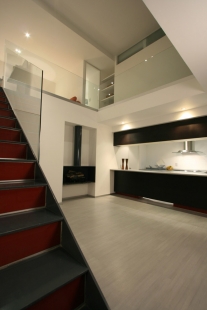 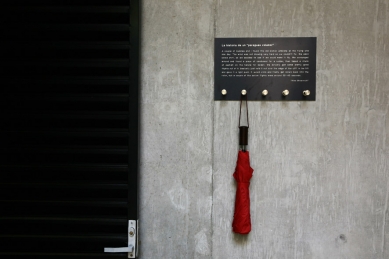 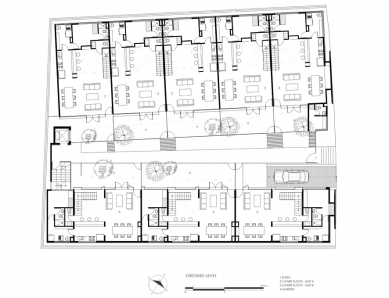 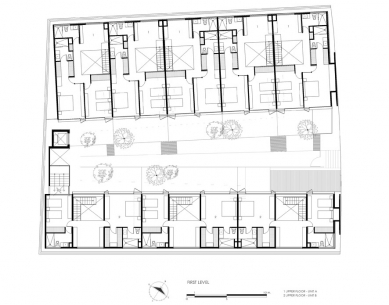 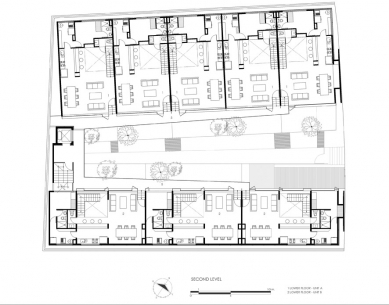 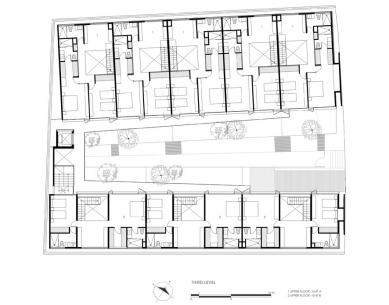 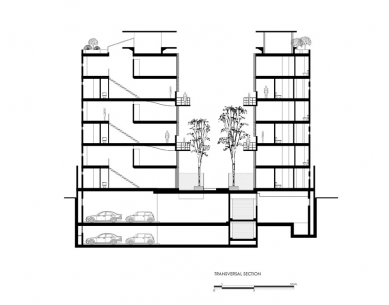 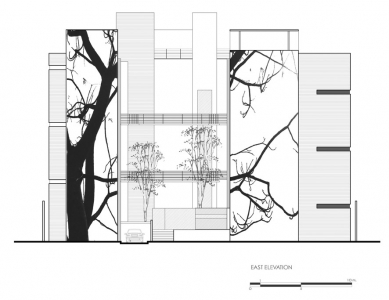