Already on September 8th the building has been officially inaugurated by the client, the senator for education, science and health, Mrs Renate Jürgens-Pieper, and passed on to the Director of the University, Prof. Dr. Josef Stockemer.
Prof. Stockemer, Head of the Bremerhaven University of Applied Sciences, in his speech at the opening: „Yet, House T is not only a gain for students and staff. kister scheithauer gross architects have added another architectural assent to the seaside city.“
Ksg completed phase 5 of the university already in 2005 and have been awarded for it with the 1st prize of the BDA Prize Bremen in 2006. Six years on, the campus ensemble is now finally completed. Yet, the 6th phase of the development isn’t just an extension or a development of the existing, but a twin brother in spirit. Both elements represent their distinctness without trying to outdo each other – effortless and confident.
The planning phase started in 2007 and construction, led by Bremer architects BDA Feldschnieders + Kister, in late 2009. Today, due to its pale-pink bricks, the new part of the institute presents itself as a unique building, setting itself apart from the existing building in dark red and the surrounding Ungers and Böhm buildings.
The colour scheme of interior spaces also stems from the pale-pink façade. Pink coloured linoleum floors extend the exterior impression into the inside, loosening up the given white and grey of the furniture.
Solely the auditorium separates itself from the light tones; 135 students will be seated between green flooring and walls. The bottom cut of the auditorium does not only make the interior apparent symbolically, but forms a significant view of the building and the complete campus.
kister scheithauer gross 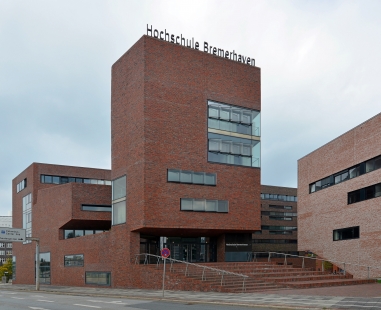 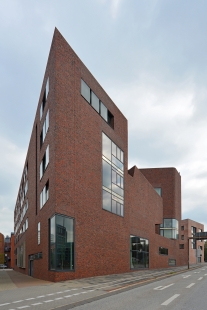 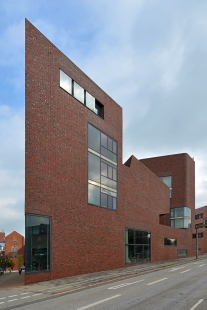 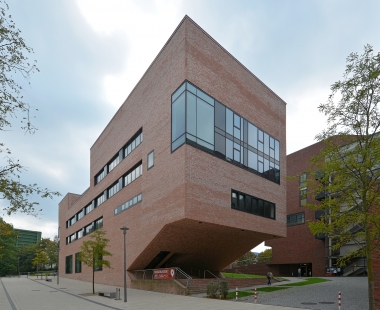 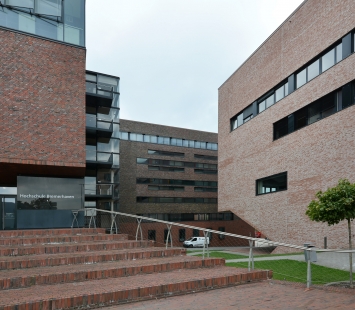 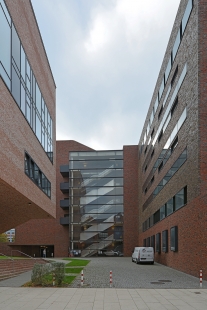 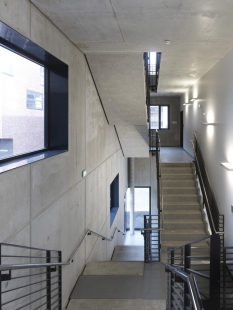 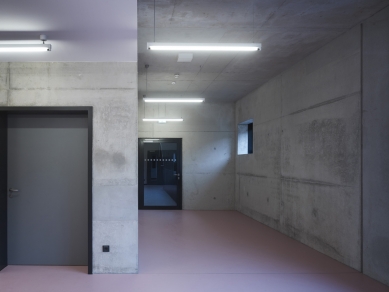 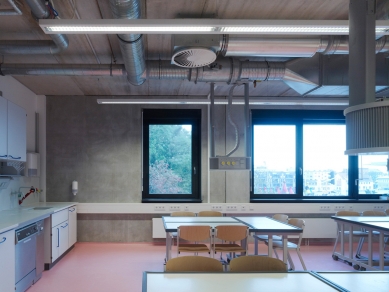 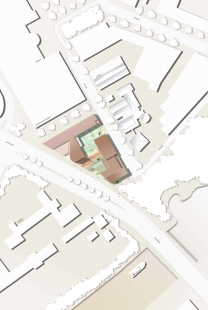 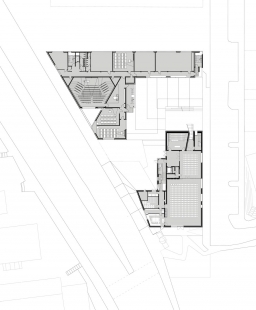 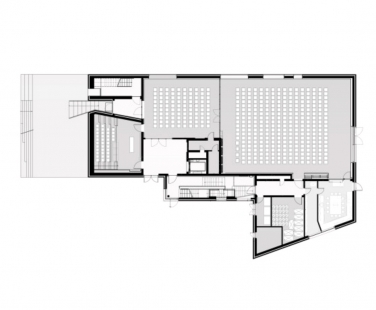 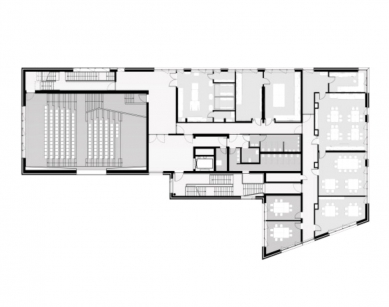