Logge of the Palazzo della Ragione
From 1481 to 1494 Tommaso Formenton girded a double-storey loggia around the antique Palazzo della Ragione, seat of the public Magistrature of Vicenza and, on the ground floor, of a busy group of shops. Two years after works had concluded the south-west corner collapsed, and for over forty years the Vicentines debated how it should be reconstructed. As the decades passed, the most celebrated architects working in the region were employed on the problem: Antonio Rizzo and Giorgio Spavento in 1496, Antonio Scarpagnino in 1525, then Jacopo Sansovino in 1538, Sebastiano Serlio in 1539, Michele Sanmicheli in 1541, and finally Giulio Romano (1542) who drew up a singular proposal to raise level of the Piazza delle Erbe and isolate the edifice in the centre of a grand symmetrical piazza. Despite such illustrious advisors, in March 1546 the Citizen Council approved the project of a local architect, barely thirty-eight years old and then decidedly obscure: Andrea Palladio. The commission to his own protége was without doubt one of the greatest victories of Giangiorgio Trissino, who was able to marshal a major consensus around his choice. Even if the expert and trustworthy Giovanni da Pedemuro figured beside the young architect, as if guaranteeing the operation, to dispel any doubts the Council requested that a wooden model of one of the new arches be constructed and submitted to the scrutiny of the Vicentines. In May 1549, after another three years of discussions which had even seen Rizzo-Spavento’s and Giulio Romano’s projects reappraised, Andrea Palladio’s scheme — with the forceful public backing of Gerolamo Chiericati and Alvise Valmarana, Palladio’s patrons for their own familial palaces in later years — received definitive approval. Various autograph drawings survive documenting the gradual honing of the project concept, from a primitive version of 1546 to the structure eventually realised. The solution that Palladio proposed was, so to speak, an elastic structure, capable of accommodating the requisite alignments with the openings and passageways of the pre-existing Quattrocento palace. The system is based on the repetition of the so-called “serliana”, that is to say a structure composed of an open, true arch flanked by two lateral rectangular openings, the latter of variable breadth and thus capable of absorbing the differences in bay widths. This functionalism is evident in the corner arches, where the architrabeated openings are reduced almost to zero, but is present in all the bays, whose width always varies ever so slightly. The serliana (which Sebastiano Serlio published in Book IV of his treatise, published in Venice in 1537) is in reality a translation into the classical language of the Gothic polifora, utilised for the first time by Donato Bramante at Santa Maria del Popolo in Roma and, in the Veneto, already employed by Jacopo Sansovino at the Libreria Marciana in 1537. However, the direct source of Palladio’s idea for Vicenza may be found on the interior of the church of the monastery of San Benedetto in Polirone, remodelled from 1540 onwards by Giulio Romano, who also exploited serlianas to accommodate the differences in width of the Quattrocento bays of the old church. With a certain rhetorical flourish, Palladio himself defined the Palazzo della Ragione a “basilica”, surrounded by new loggias in stone, in homage to the structures of ancient Rome where politics were discussed and business dealt. The building campaign on the Loggias constituted a definitive turning point in Palladio’s career. With this he officially became architect of the City of Vicenza, responsible for a grandiose work (entirely made of stone which at the final reckoning would cost the notable sum of 60,000 ducats) without equal in the Venetian Cinquecento. To obtain another commission of such importance he would have to wait until the 1560s and the construction of the church of San Giorgio in Venice. At the same time, the salary of 5 ducats per month constituted an indispensable and constant source of income for Palladio and his family, one which he would not renounce for his entire life. Building works proceeded slowly: the ground floor ranges of western and northern arcades were concluded in 1561, the second storey was begun in 1564 and completed in 1597 (seventeen years after Palladio’s death, and the façade onto the Piazza delle Erbe only in 1614. 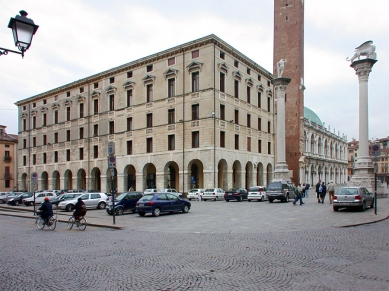 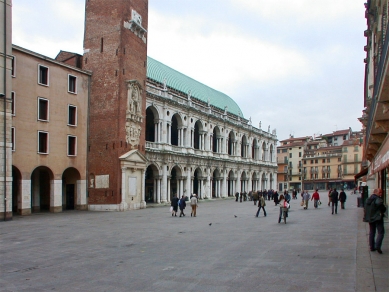 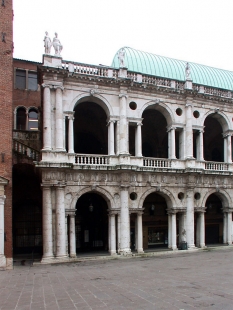 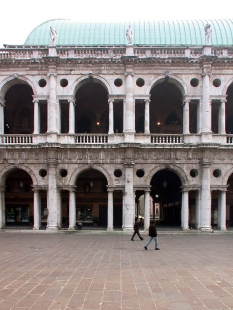 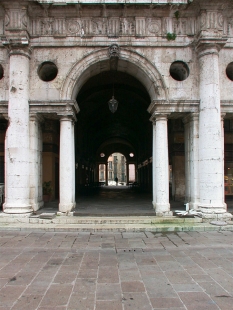 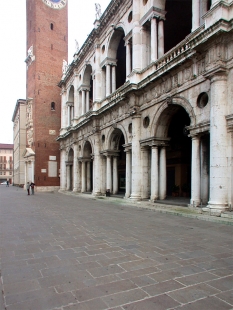 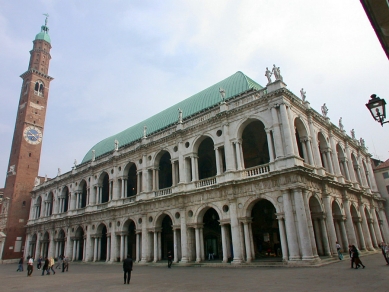 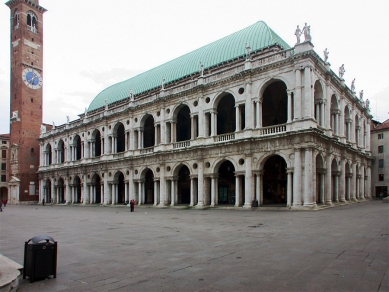 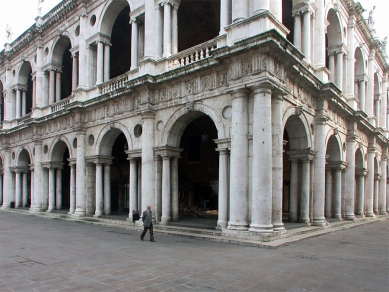 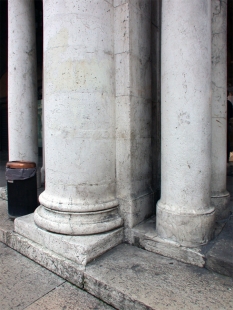 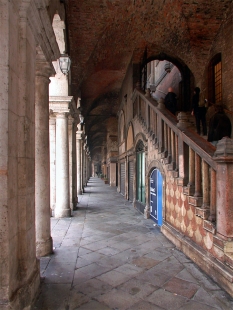 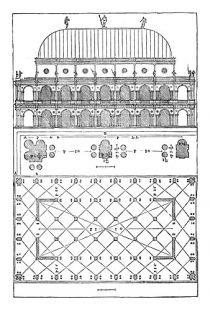 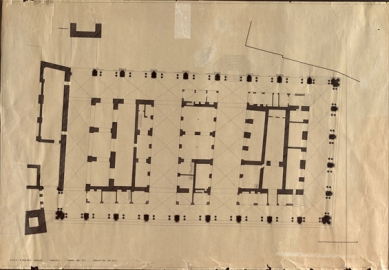 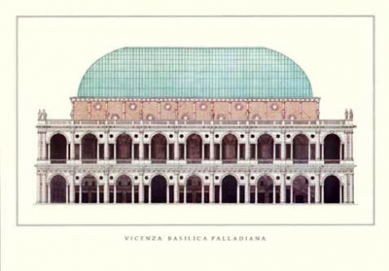