Once derided as an urbanistic mistake, an "Acropolis for the cultural elite," and the embodiment of "Monumental Modernism," a term normally applied to fascist architecture, Lincoln Center has become a valued icon inextricably linked with New York City. The ensemble of buildings and public spaces that constitute the cultural campus are the product of a group of prominent architects (including Gordon Bunshaft, Eero Saarinen, Wallace K Harrison and Philip Johnson), years of design compromise, unfortunate renovations in the 80s and 90s, and poor maintenance since its inception. Lincoln Center will now undergo a large scale multi-phase makeover. The plan includes the significant renovation and expansion of several cultural facilities, the improvement of public spaces and addition of new amenities, and the conversion of 65th Street from a service corridor into a new central spine.
After several generations of cultural and political change, the project will turn the campus inside-out by extending the spectacle within the performance halls into the mute public spaces between the halls and further into the surrounding streets.
The range of the project’s scale requires an effort that dissolves boundaries between urban planning, architecture, and industrial design. Some of the new architectural strategies include a floating hyperbolic paraboloid lawn that roofs over a 250-seat restaurant on the North Plaza, an architectural strip-tease that exposes theaters and activities buried behind opaque travertine-clad street walls, a 45,000 sq ft cantilevered expansion of Juilliard’s top three stories whose underside creates a sloped canopy framing Alice Tully Hall’s expanded lobby, and the integration of smart technologies with traditional building materials to deliver information throughout the campus. 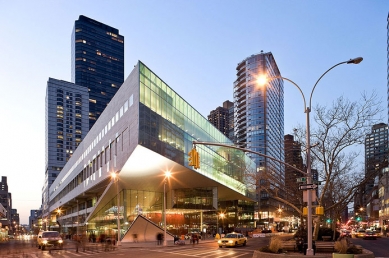 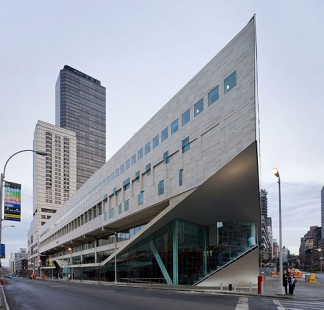 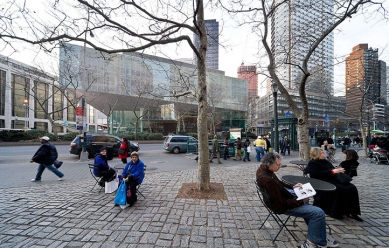 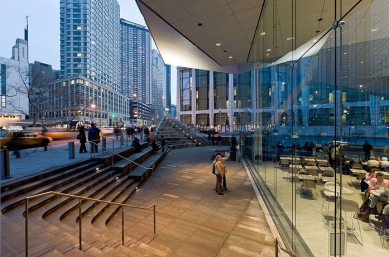 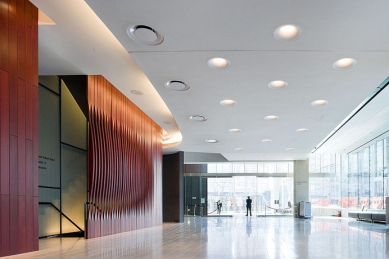 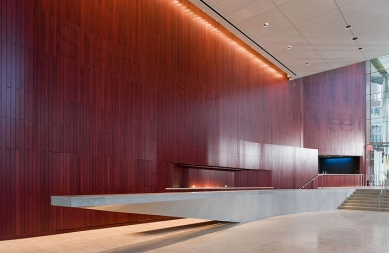 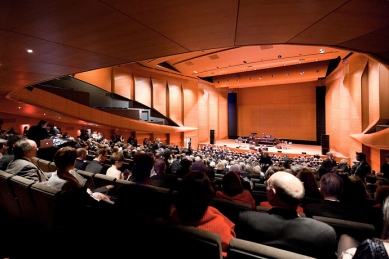 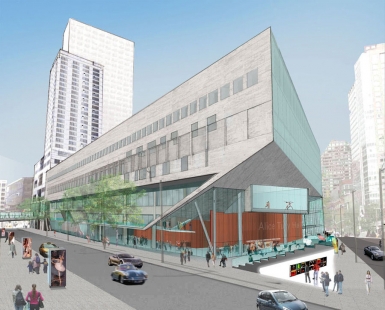 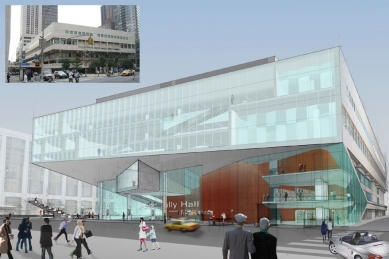 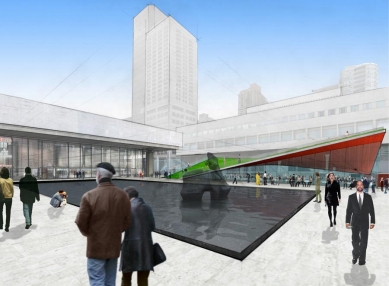 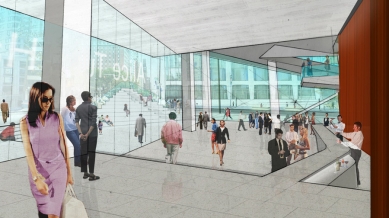 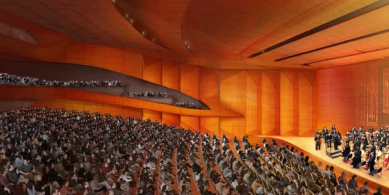 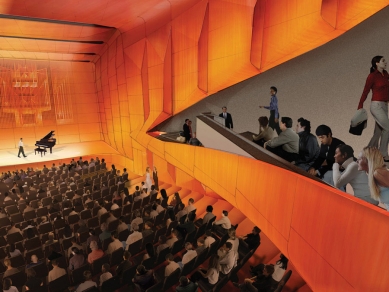 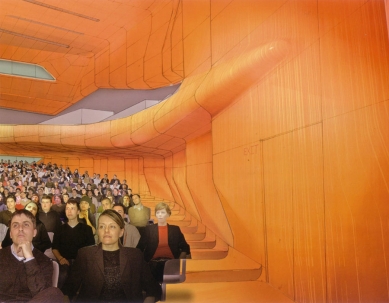 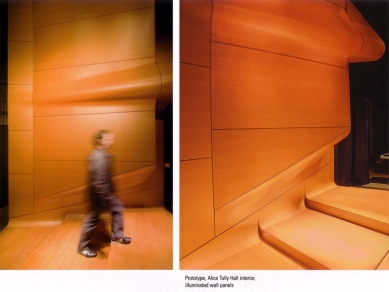 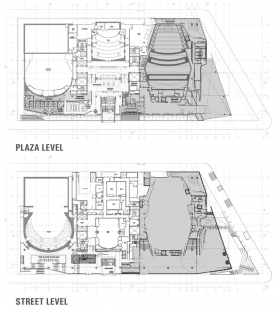