Originally commisioned as a bank headquarters and subsequently developed as an office building with commercial space on the ground floor, this complex structure was realized on an extraordinarily difficult site with severe zoning restrictions. Located near Basel's central railway station, at the intersection of Viaduktstrasse and Innere Margarethenstrasse, the building responds to the dome of the nearby market hall with its cylindrical corner. The lower two floors are based on an opposition between context and program and were originally conceived as a double-height banking hall; something of this space still remains. The main entrance is between this volume and a rectilinear complex consisting of offices on three sides of a central light court.
The remainder of the frontage on Viaduktstrasse affords differ access to the commercial space on the ground and lower ground floors. Since there is a drop in grade at the western end of the site, organizing the four subterranean parking levels and servicing facilities became one of the most challenging aspects of the project.
The building is located between the city center and outer districts, and these two urban scales are reflected in the different facades. The south facade along Viaduktstrasse is a layered curtain wall with projecting blades in white glass that shield the offices from direct sunlight. The north facade, where continuous strip windows are set into a solid metal panel wall, responds to the more traditional character of the adjacent buildings. 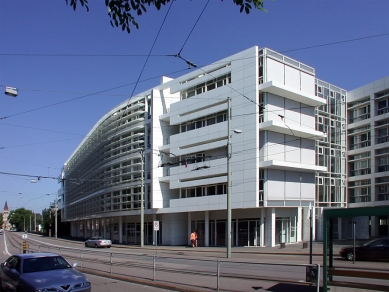 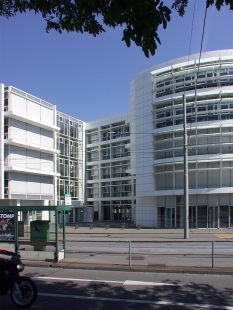 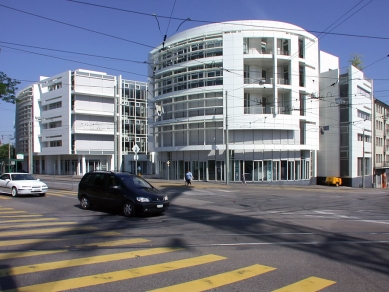 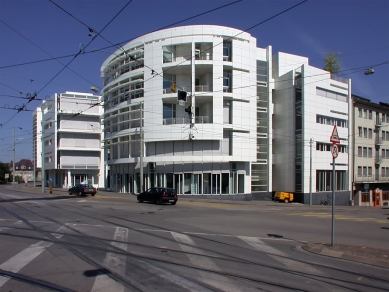 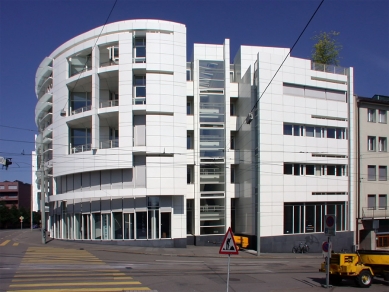 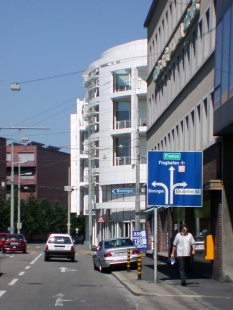 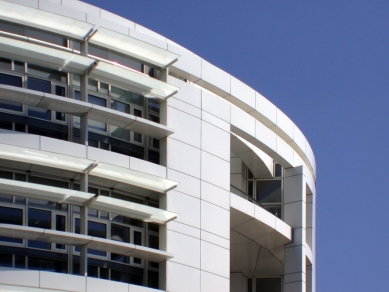 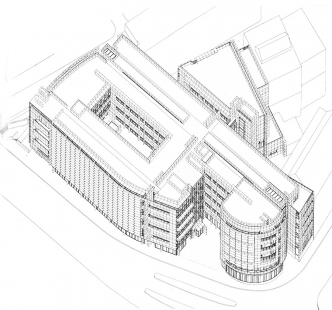 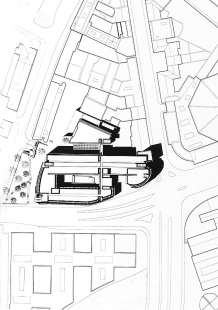 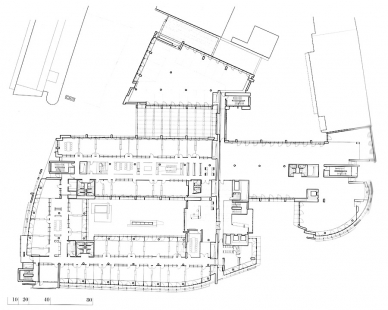 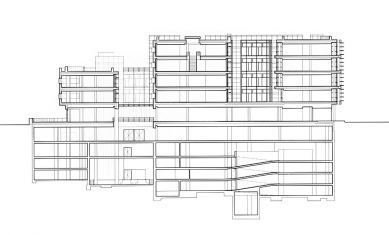