Conceived to continue the urban form and crystalline character of the Perry Street apartments, this 16-story building has been designed to accommodate a range of apartment configurations. With the exception of the lower two floors and the penthouse, the building is divided by a central spine into a pair of two-bedroom apartments per floor. In contrast to the open-ended loft space at Perry Street, these apartments have been entirely planned by the architect. The front part of each is organized freely about an island kitchen unit, which allows the living volume to flow into an adjacent study space that may also be used as a dining area. Both the bedrooms, each with a bath, open off the gallery running along the central spine.
On the second floor, there are four one-bedroom apartments, each with a double-height living/dining room. As a consequence of this variation, the third floor area is reduced, but this displacement leaves sufficient space for a pair of one-bedroom apartments facing north and south respectively, together with two studio apartments at the eastern end of the plan.
Apart from the common crystalline syntax, the elevations of this residential block differ significantly from the plastic character of the Perry Street development, above all in the absence of inset balconies and in the surface treatment of the elevator/stair tower. The relative narrowness of the Charles Street site dictates a more contained approach. 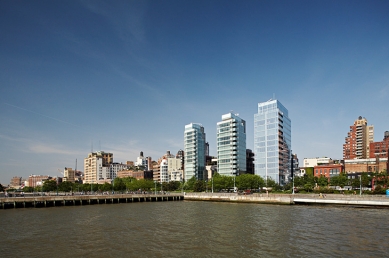 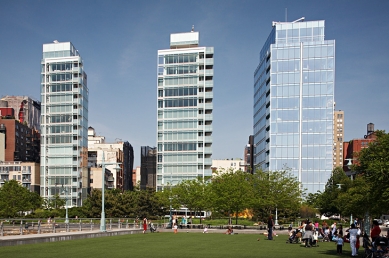 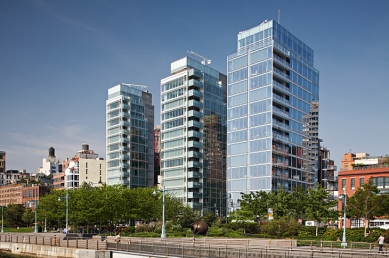 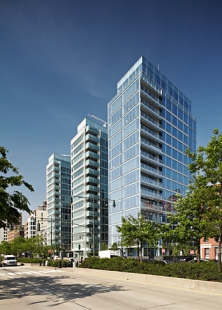 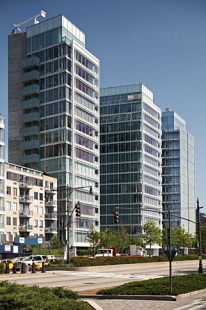 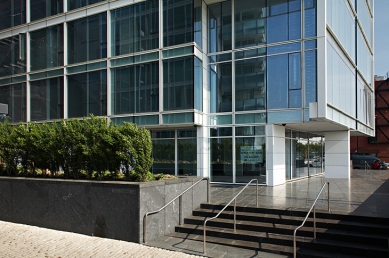 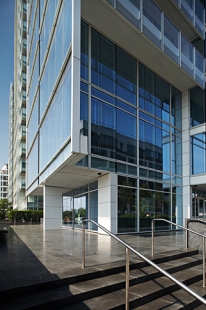 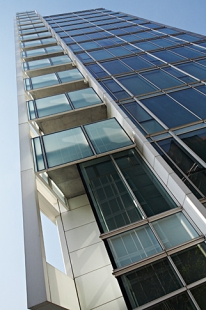 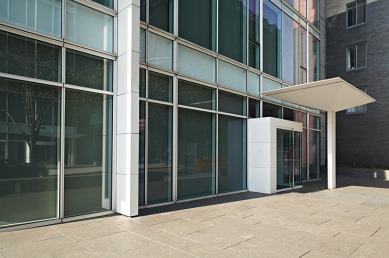 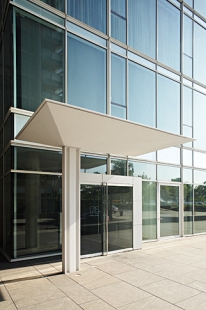 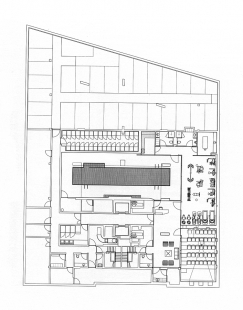 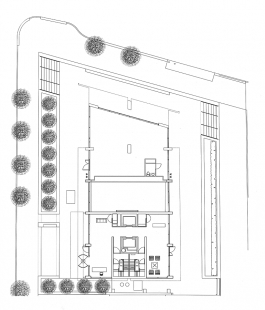 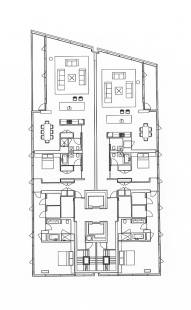 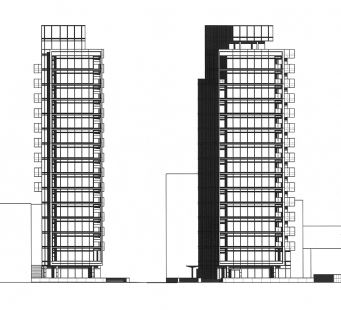 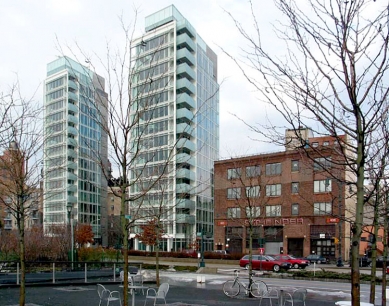