The reconstructed old house and the newly constructed building are located in the appealing setting of the historical center of Pardubice. The aim of the project was to expand the Regional Library, to reconstruct the medieval house „At the Golden Lamb“ on the Pernštýnské Square as well as to complete the gap next to the bank building by Josef Gočár.
During the reconstruction, the inadequate alterations that were carried out in the building in the second half of the 20th century were removed and the original disposition concept - with the staircase as its center - was revived. The staircase is now shaped as a concrete monolithic sculpture, inserted in the space of the original staircase. All the beautiful and precious rooms of the old building were uncovered and made accessible to the public.
In terms of static, the newly constructed building was tailored to the load of library storage rooms. Its shape is based on a relatively complicated urbanistic concept. The vertical volume of the storage rooms is completed by a separate mass of the operation staircase. Both are topped with pent roofs with slants that correspond to the surrounding roofs.
The old and the new part are connected with the two-story space of the reading rooms. The southern glass facade of the reading rooms faces a cozy atrium, whereas its northern side is closed by the uneven surface of the original medieval wall. On the inside as well as on the outside, the shape of this wall contrasts with the orthogonal geometry of the new building.
Mostly traditional materials were used - plastered walls, graveled concrete, stone, wood, iron, some glass ...The color scheme stresses the relationship between the old and the new, everything is shaped by light.
There is no border between the building and its interior - the concept for both originated simultaneously. Apart from the chairs, all the furniture is an original design. 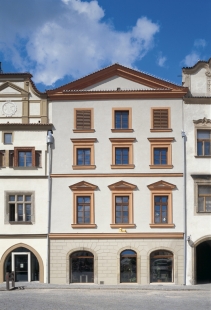 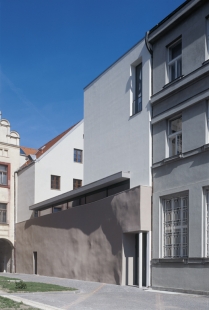 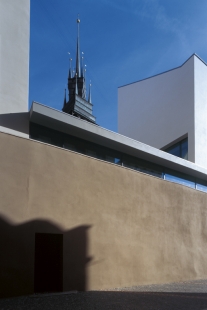 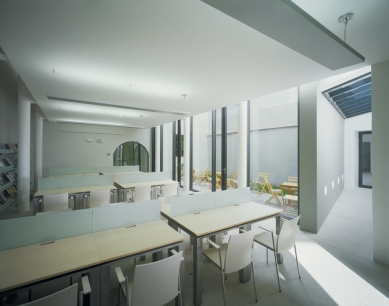 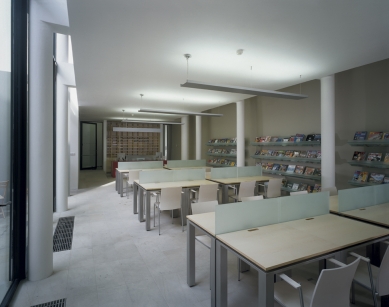 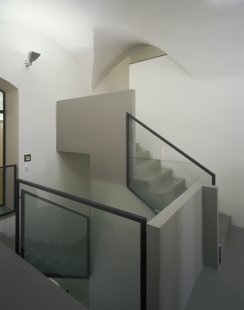 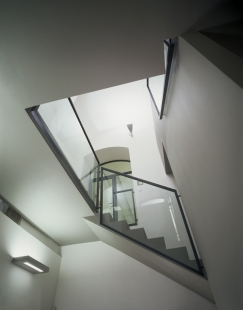 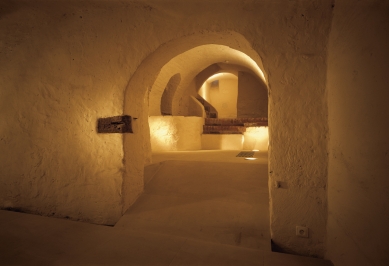 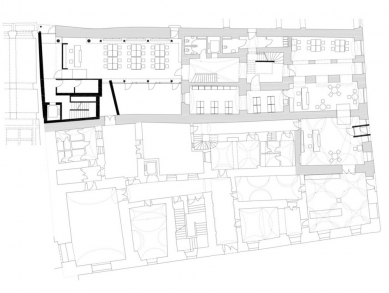 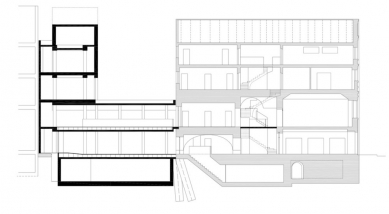 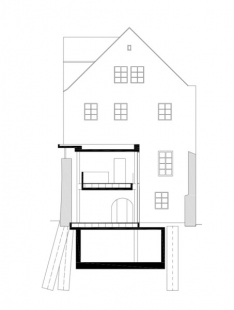