Protective housing for the remains of the foundations of two Roman buildings, and a third building of which only a corner is visible.
The new protective casing for the archaeological finds was conceived as a kind of abstract reconstruction of the Roman volumes: a lightweight framework of walls, made of timber lamella which admit light and air, exactly follows the Roman outer walls, thus producing a package-like effect which gives a visible form to the location of the Roman buildings in today’s city landscape. The spaces inside the shell refer to Roman interiors.
The treatment of the entrances represents a play on the relationship between history and the present: the Roman entrances, discernible as projecting sections of wall, are encased in peepshow-like constructions which afford a glimpse into the interior. However, the building is accessed by a modern steel footbridge which runs the length of the building at a raised, a-historical observation level. The visitor walks along a path through dark connecting tunnels from one spatial unit to another, and down some steps to the excavation level, the Roman soil. The Roman walls are back by black cloths, and mellow zenithal light enters through black skylights. Inside the building, the sounds of the town penetrate the lamella structure of the walls. Enclosed in historical space, one senses the sounds of the 20th century city, the position of the sun, and the breath of the wind. 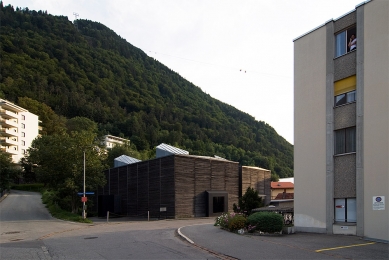 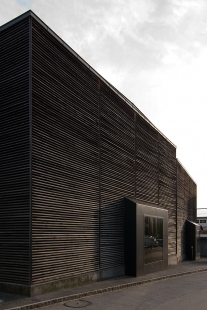 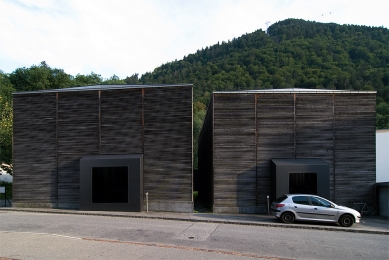 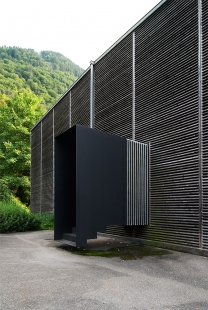 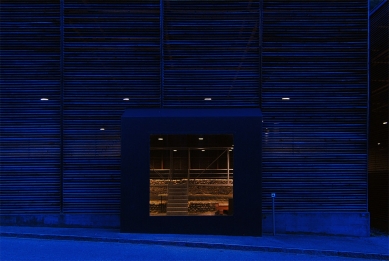 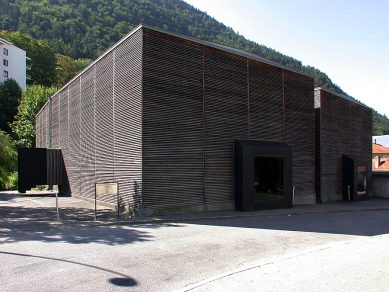