The Westfriedhof station has a special place in the ranks of recently-built underground stations in Munich, since the rock-like surfaces resulting from the creation of the reinforced tunnel walls were left visible as a design feature. The precision of the fit-out elements is in a high contrast to the quasi-natural simplicity of the tunnel walls.
The lighting concept emphasises this contrast between shell and fit-out both functionally and atmospherically, in that the platform is brightly and precisely lit by so-called “light domes”, while the tunnel structure is washed by a muted bluish light that emphasises the mystical quality of the space.  The two ticket halls, with their reddish plaster, form transitional zones between the worlds above and below ground.
Light, transparent canopies provide shelter for the bus stops and form an above ground symbol for the under ground station. 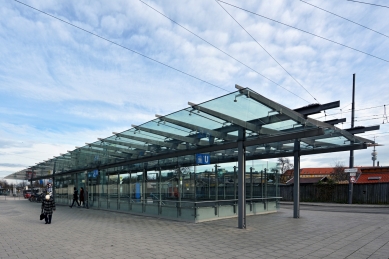 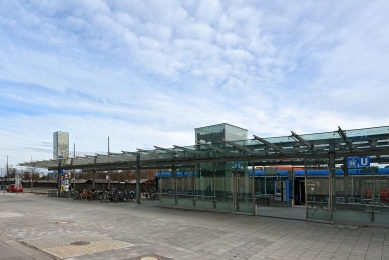 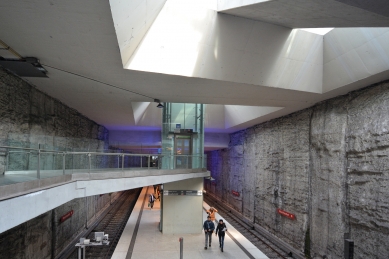 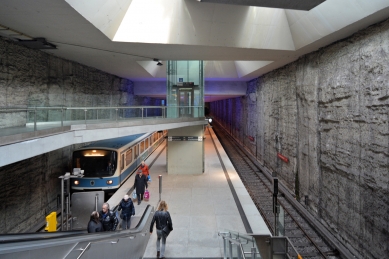 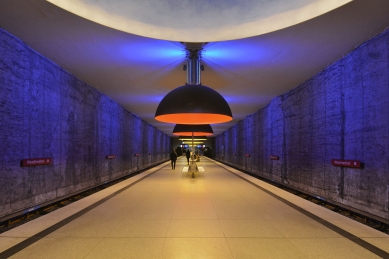 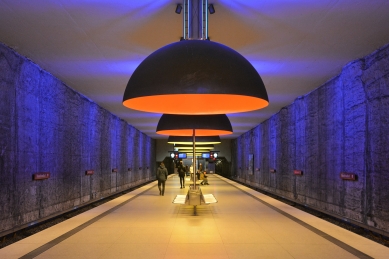 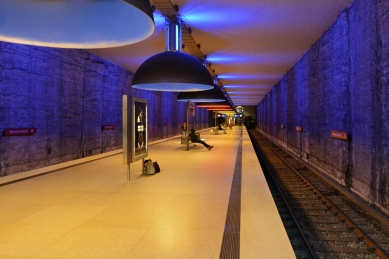 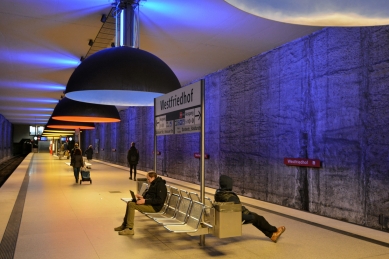 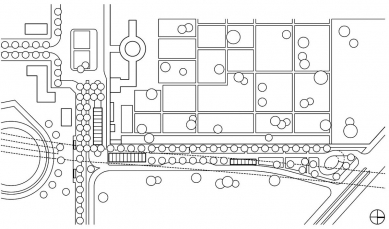 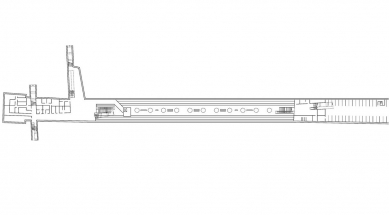 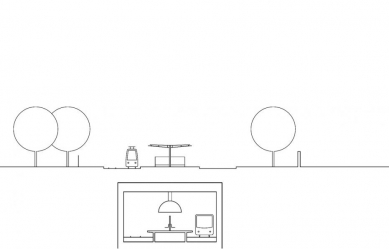