The principle of “furcation” provided a basis for the concept of this project. Furcation originates from the Latin name furca – fork, it indicates the branching of rivers into two or more creeks with almost the same profile.
The new access to the castle and the internal circulation was all carried out in accordance with this principle. Also corresponding to the furcation principle is the coverage of the building and the route organization, which is based upon the definition of one main path. This starts at the beginning of the bridge, splits up inside the building, and eventually comes together again in the courtyard.
Ramps along the path guide visitors, both in terms of where they walk and where they look. The ramps help to accommodate level changes between the inside and the outside of the building and generate areas where visitors can sit and relax. The “vista” staircase visually completes the courtyard.
The most obvious indication form the outside is the aforementioned newly constructed access to the castle. The clients required a kind of gate to the national park which would be visible from far away. Coming from either direction on the main street the access is clearly perceived as a new element, and generates interest. It begins as a kind of optical illusion formed from the entrance canopy and develops in height as it leads away from the street and approaches the castle. Handrails have been included which appear at intervals as the pathway rises and falls and snakes its way towards the castle.
The design of the entrance construction, clad in perforated steel sheets, serves as an indication, focusing the gaze and framing the surrounding nature for the visitors.
Under an tight budget the architects were able to produce an eye-catching introduction to this beautiful national park, thereby encouraging visits here. 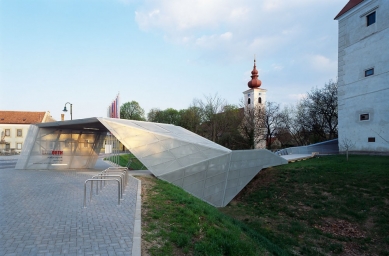 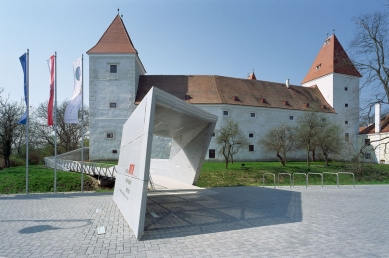 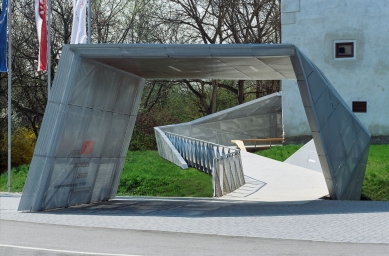 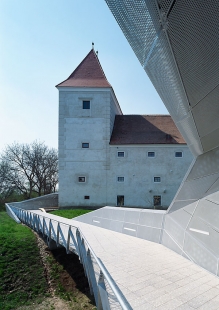 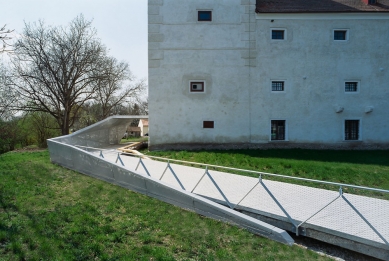 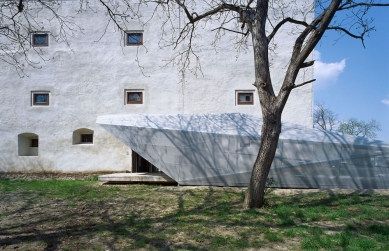 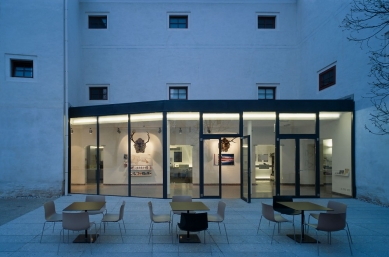 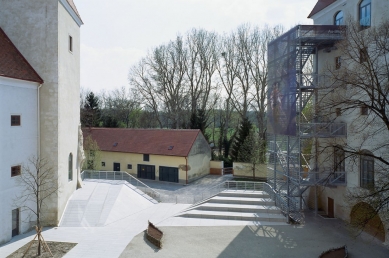 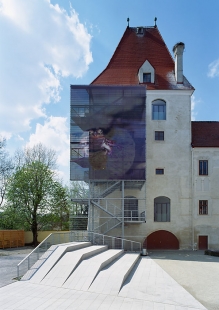 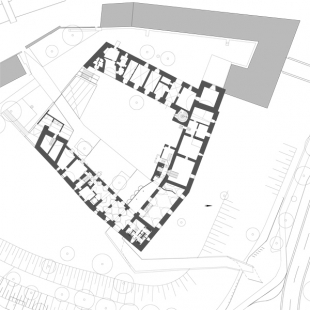 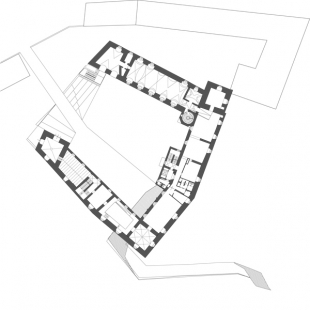