The Watari Museum of Contemporary Art

"In the Babel of ​​urban languages that changes daily, I wanted to test the"durability" of a strong, primary image, an architecture generated by the building's own inner logic ."

The art gallery stands in a densely populated urban area, in the Shibuya-ku district. It occupies a triangular plot and is confronted with three different situations: a major thoroughfare, a side street and a smaller construction to the rear. The main façade is characterized by the alternation of black stone slabs with unfinished, precast concrete elements and by a long vertical cut ending at the base in a rectangular opening. The entry is on the corner where the front meets the cut-out silhouette of the emergency stairway. This latter is pushed outward, beyond the building’s size, so to gain exhibition surface along the side walls. The upper part of the front is crowned by a technical facility: a cylinder made of concrete with circular windows. The building is articulated over five above ground levels and a basement, linked by a single vertical connection. The exhibition spaces are on the first three levels and, in spite of their limited dimensions, they appear larger thanks to the clear layout. 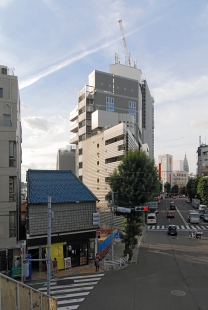 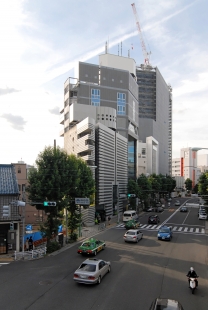 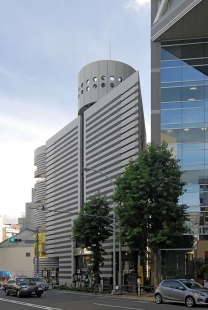 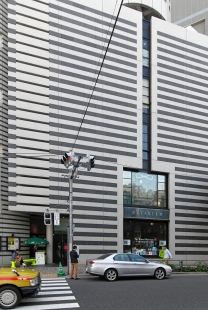 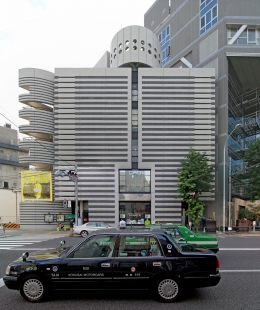 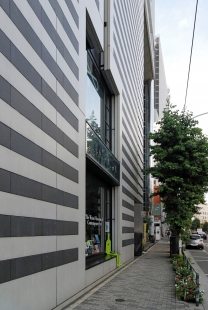 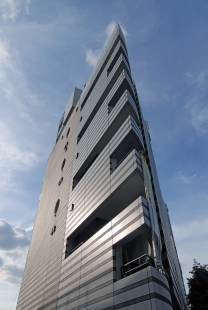 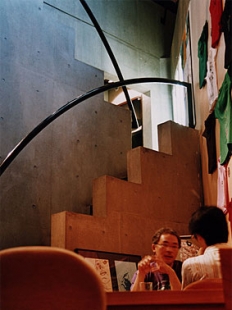 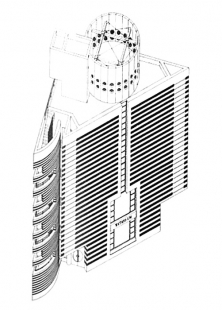 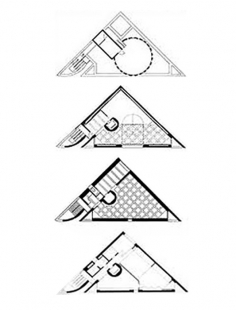 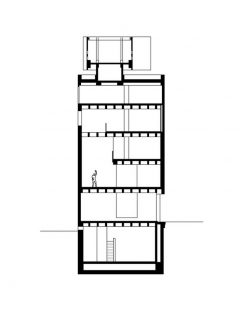