"We transformed an old city centre four rooms flat into an open working space."
Flat is situated very near the city centre of Bratislava on a fourth floor of an housing block originally designed and built in 1928 by Otakar Nekvasil. It is an old brick structure with wooden ceilings.
The brief was to convert this originally four rooms flat into own design studio with budget not exceeding 7500 EUR. The task was to remove all existing walls and materials which were not necessarily needed to create an open space with just one partition in the middle.
"The concept was to bring there as less materials as possible, inserting only two wooden boxes made out of chipboards."
One box is used as main wardrobe with special place for printers and materials which are not needed everyday, the second one consists of bathroom with all necessary facilities and kitchen inserted from other side. As the boxes are not touching the ceiling, they look just like freestanding on floor.
The interior is brimming with style, providing architects with a comfortable workspace that will encourage their creative freedom.
"We wanted to make homely and cosy atmosphere where everyone would feel comfortable instantly and wouldn’t want to leave."
The space is really open, with no partitions, there is only one bookshelf free standing on the ground, creating space for meeting room and kitchen. Original wood construction ceiling as well as brick walls are painted white, with only one black wall, which is used as blackboard wall for projects and sketches.
"This place is furnished in a wide range of different styles, as we stick to the idea that an interior space has to have a mixture of new, old and borrowed. Then it is a live space, not a showroom of modern furniture." 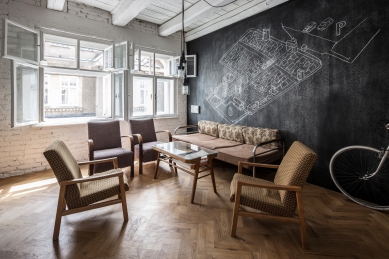 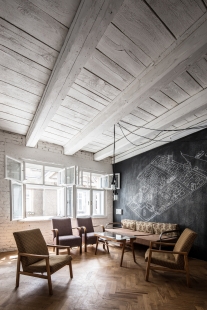 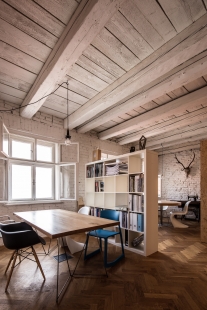 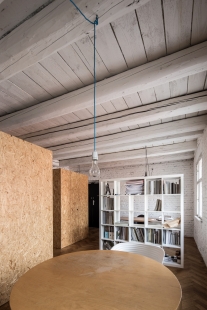 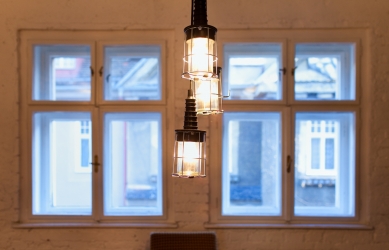 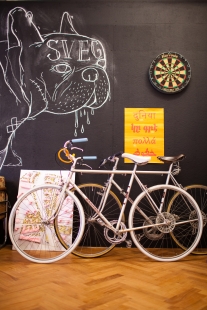 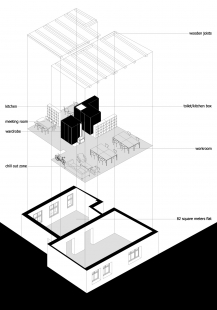