The new wing was built in the open space adjacent to the main building of the museum, which was the last work of the Dutch Modernist architect Rietveld. Considering the whole of the landscape, 75% of the building's area (excluding the main exhibition hall) was constructed underground as an effort to minimize the space it would have taken above the ground. The new wing connects to the main building through an underground passage. Although Rietveld and Kurokawa share the Modernist idea of geometric abstraction, Kurokawa's new wing departs from Rietveld's linear style with curvilinear shapes and lines, employing a traditional Japanese idea of abstraction. One characteristic expressing this idea is the sunken pool, situated between the new wing and the main building. Symbiosis between the new wing and main building is attained through the open intermediate space created by the pool. The tilt of the elliptical roof and curve of the walls dislocate the center, underscoring the Japanese aesthetic of asymmetry. Through highly abstract simple geometric shapes made complex, and further, through careful manipulation, the abstract symbolism of the new wing strikes a balance between the international and the local. 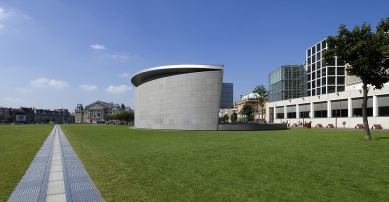 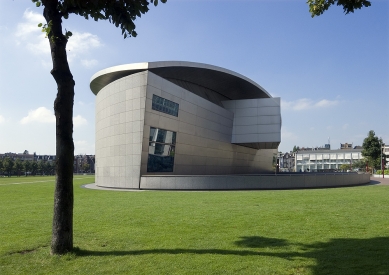 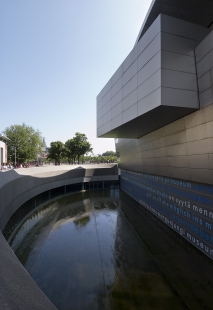 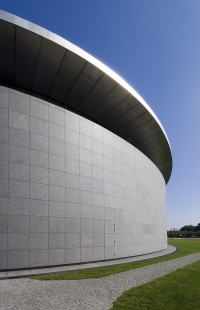 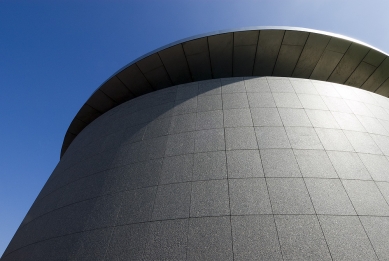 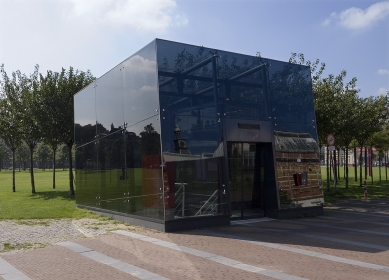 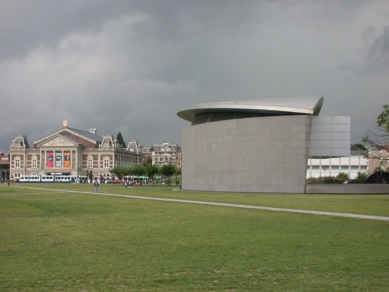 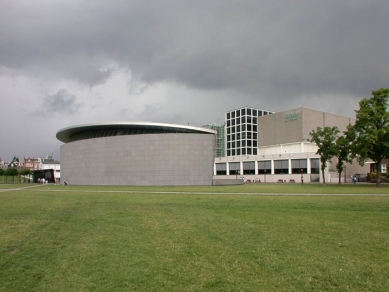 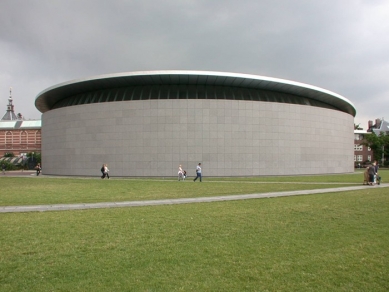 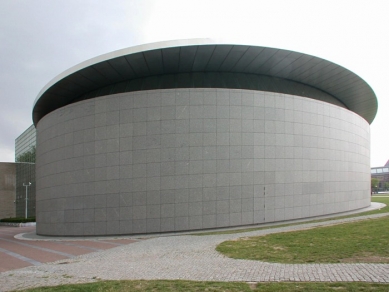 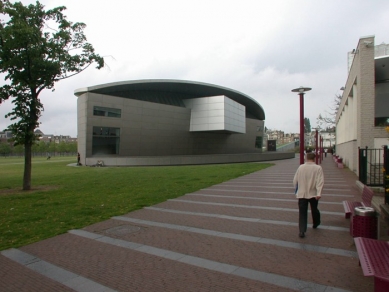 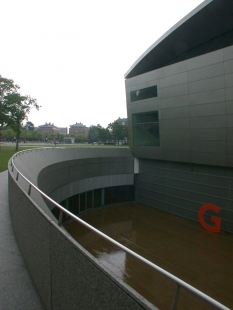 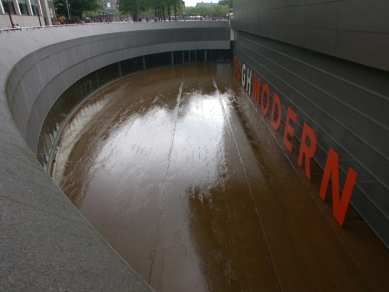 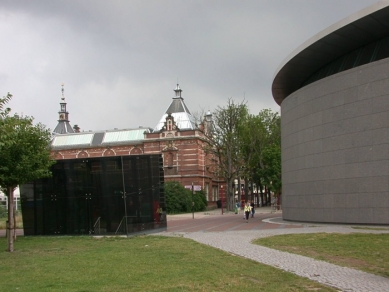 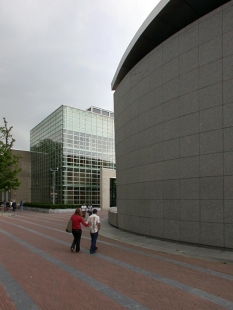 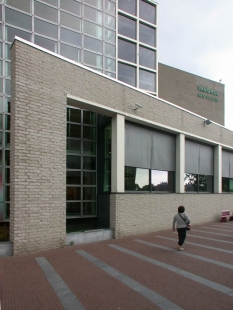 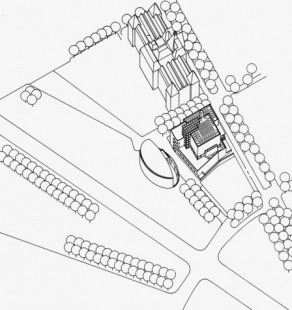