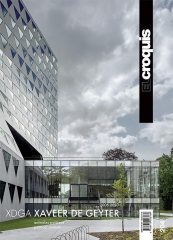 1500 Kč
The project consists of a general master plan for the campus of the school, which results in the design of different exterior spaces, the transformation of several buildings and two new buildings: one workshop building and a small library.
The aim of the master plan is to transform a hermetic monastery, which consists of two conglomerate city blocks, into an open art school. Therefore an enclosed garden is converted into a new public square in between the two blocks. It gives the school the possibility to mark its presence in the city; on the other hand it offers a new public space to the dense neighborhood.
On the new square a solitary library building is proposed with a translucent skin, with the library books behind and with the school cafeteria on the ground floor. The bookshelves are conceived as structural elements for the building.
The workshop building too is an autonomous form based on a piling of horizontal, alternating opaque and translucent volumes. Simultaneously it is a building shaped by its program, by the urban rules and by its context. It is an irregular stacking of rectangular massive volumes with intermediate translucent parts giving zenithal light to the work stands. The piling up of the volumes settles all the building regulations and the insertion in its irregular context. Two workshops have a double height and mezzanine floors inside, the top one a single height. Each workshop has closed walls on its lower level as a work surface. The walls function as beams spanning from one core to the other in order to get workspace without internal structural elements. The stacking is ‘loose’ in order to allow top light, to match with a withdrawing envelope line on the street side, to get along with a nearby neo-gothic building on pilotis and to provide an inclining glass pane surface as a work stand for the glass workshop on the second mezzanine level. The lower volumes match with the street profile, the upper one with the orthogonal layout of the existing block and inner garden.
The inner court, a lapidarium, is enlarged and reconsidered as a micro-urban plan with different levels in which the existing collection is spatially reorganized. 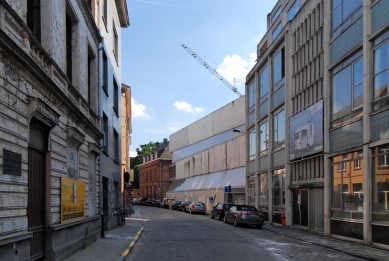 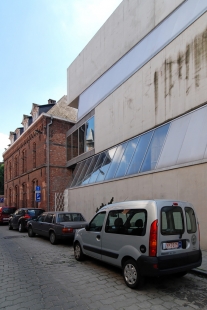 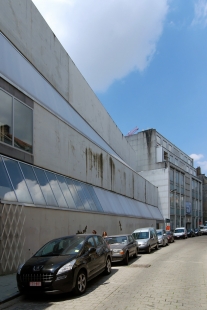 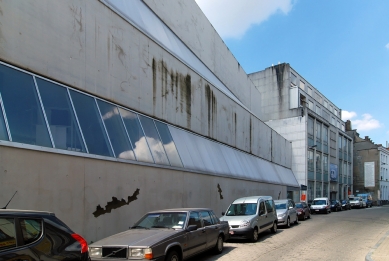 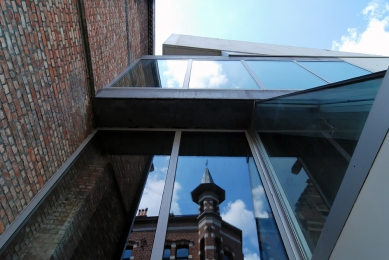 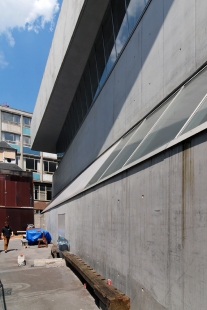 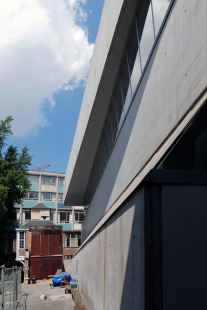 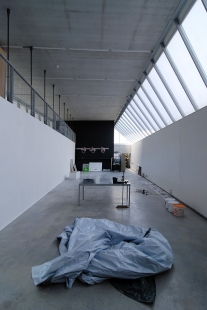 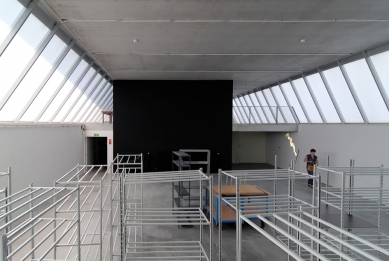 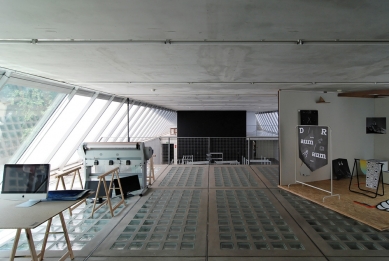 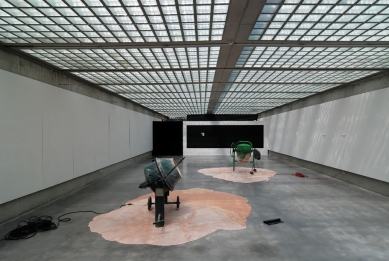 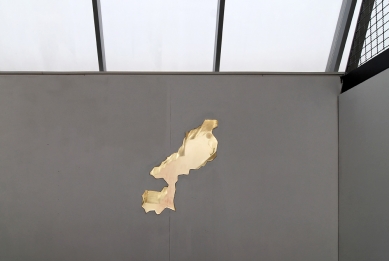 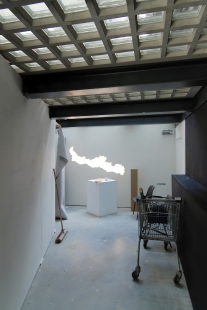 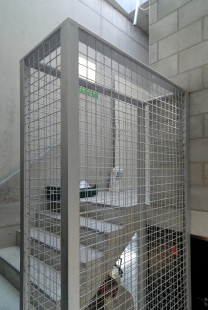 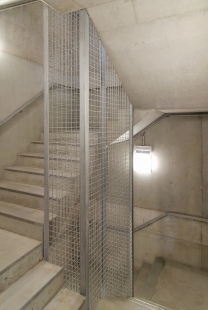 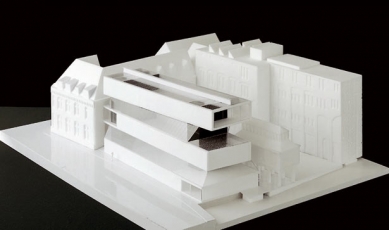 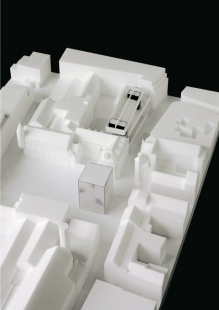 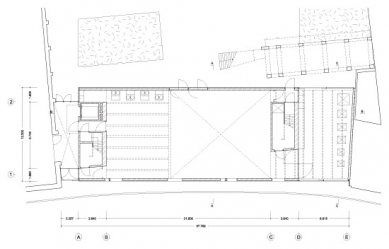 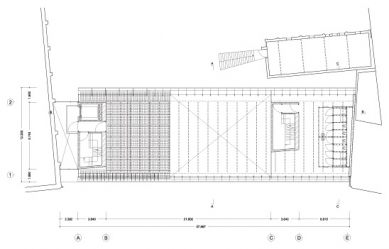 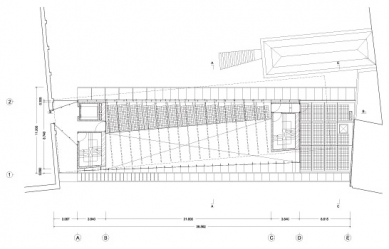 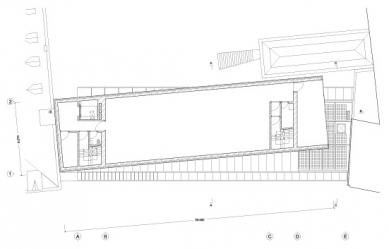 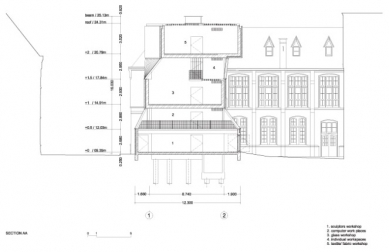 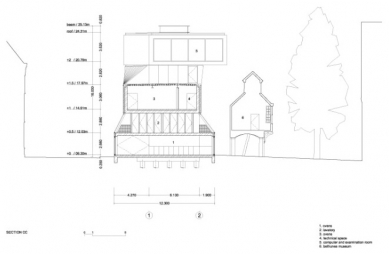