Formally known as the Team Disney Burbank building, it is the main building located at The Walt Disney Studios. Completed in 1990 and designed by Michael Graves, The Team Disney Burbank building contains the office of President and CEO Robert A. Iger, as well as the boardroom for the Board of Directors. It also houses offices for members of Senior Management, such as Rich Ross, Chairman of The Walt Disney Studios, Thomas O. Staggs, Chairman of Walt Disney Parks and Resorts, and Andy Bird, Chairman of Walt Disney International. Prior to the opening of the Team Disney Burbank building in 1990, Disney executives were located in the old Disney Animation Building. Disney artists and animators were relocated into warehouses in Pasadena. The building is sometimes called the "Seven Dwarfs Building"; it has a stunning fascia of the seven dwarfs holding up the roof of the building, an homage to the animated film Snow White and the Seven Dwarfs, which provided Walt Disney with the revenue to purchase the Burbank lot. The building is located opposite the Frank G. Wells building, Eisner's former colleague, and President of The Walt Disney Company from 1984-94. In 1996 the building was featured in Hollywood Pictures film Spy Hard. On January 23, 2006, in honor of Michael Eisner's 21-year leadership of the company, the Team Disney building was rededicated as Team Disney - The Michael D. Eisner Building. 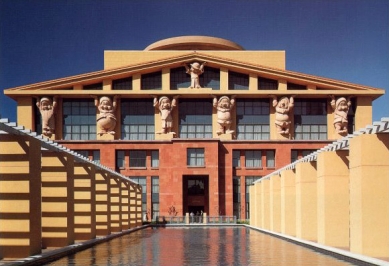 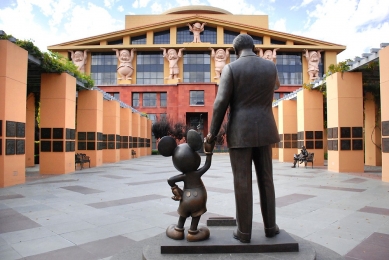 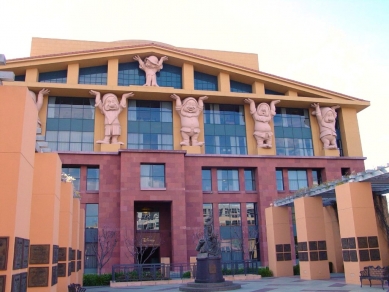 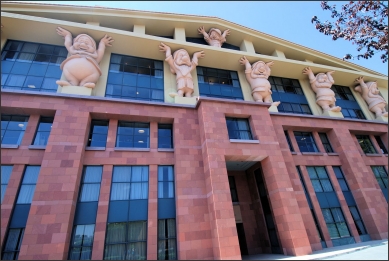 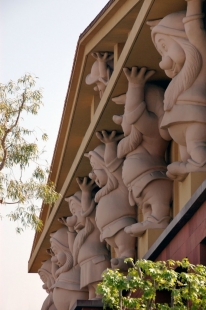 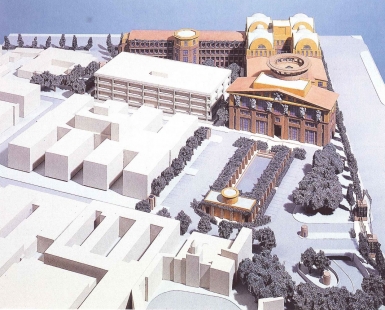