Three apartments and offices
Ours was the last and smallest plot to be developed in West-8’s masterplan for office and residential accommodation, near the centre of Lelystad. Due to its small scale, the original developer was unable to produce a viable proposal allowing the owner of the neighbouring plot to spot an opportunity. His initial uncertainty concerning this financially problematic project was assuaged when presented with the potential savings of allowing the new 5-storey block to ‘parasite’ on his own building.
By mirroring the floor plan of the adjacent design, the stairs and lift could be used by both buildings (a modification for which we extend our thanks to Pim van de Ven of MEI Architecten). This alteration not only generated sufficient space to accommodate the requirements of the brief but also for the creation of large balconies along the front façade. In an otherwise simple design, these curving balconies became the project’s distinguishing features. The extra space gained enabled the 150m² apartments to fit easily within the building’s envelope and the construction of three separate service shafts allowed a huge range of internal layouts. By omitting the stairs and lift, not only were the construction costs reduced, but the marketable floor area was also increased; less investment and more profits to please the client.
While the balconies appear to be crushed by their neighbours, nothing is further from the truth; the building both leeches and derives its identity from them. While half of the balconies’ 30m² was already flat, the client suggested a ‘small’ modification during the construction phase of the project: to flatten them completely. We refused and convinced him to stick with our original proposal. 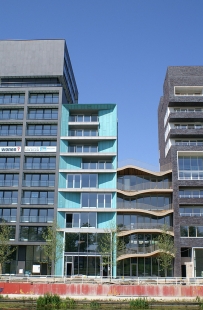 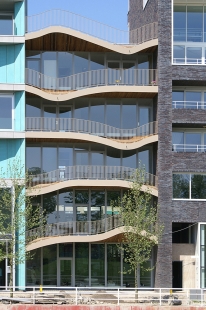 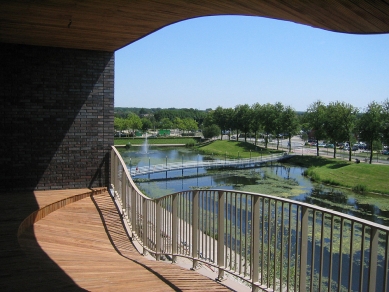 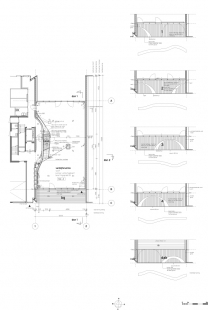