Schijndel's market square suffered from Operation Market Garden damages during WWII and has been subject to numerous enlargements and refurbishments. Winy Maas wrote a letter in 1980, and in 2000 the town council adopted the idea of a new structure in the square between church, town hall and main street. The 1600m² building which is entirely covered by a glass facade consists primarily of a series of public amenities such as restaurants, shops and a wellness centre. By coincidence, the maximum envelope that was defined by the town planners had the form of a traditional Schijndel farm. All remaining historical local farms were measured, analyzed and an 'ideal' average was conceived from this data. In collaboration with MVRDV, artist Frank van der Salm photographed all the remaining traditional farms, and from these an image of the 'typical farm' was composed. This image was printed using fritted procedure onto the 1800m² glass facade. 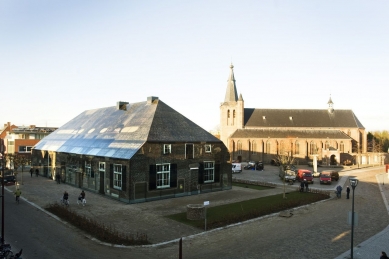 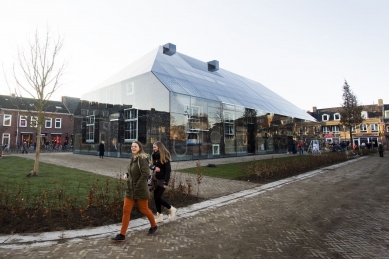 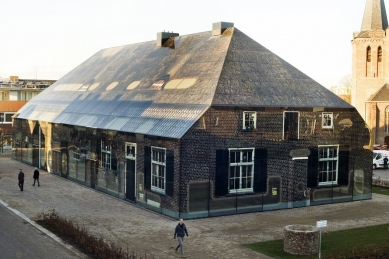 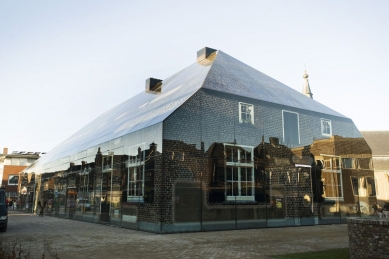 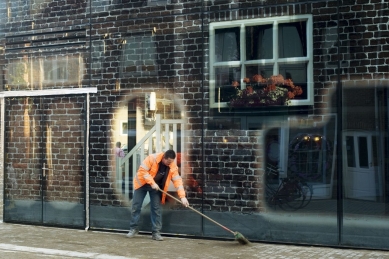 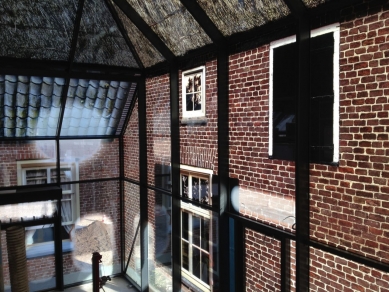 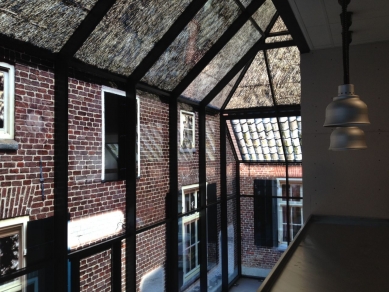 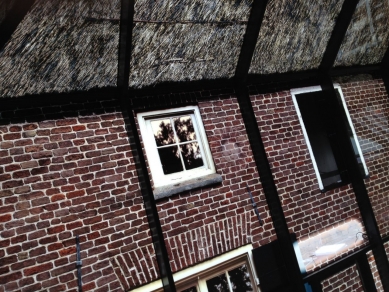 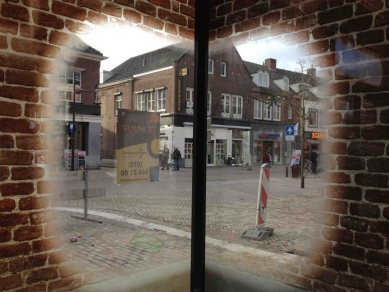 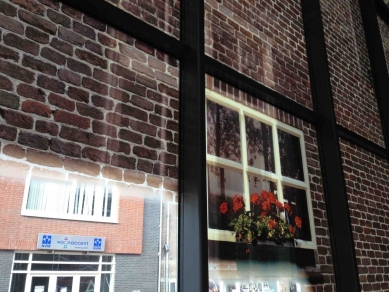 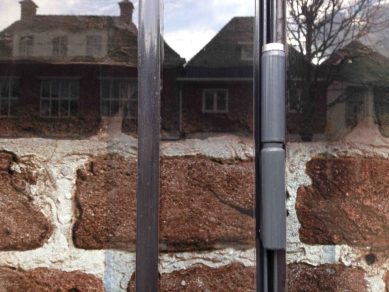 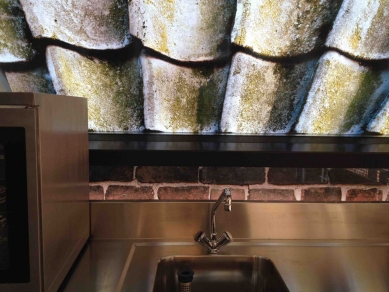 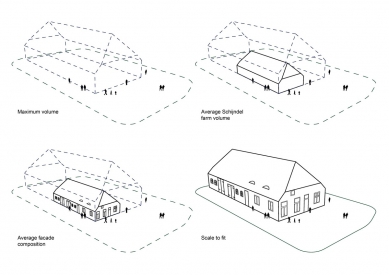