This is the headquarter of one of the most prominent associations of Indian cotton mill owners. This central office provides facilities for both the central administration and general assembly of the association. The situation of the building in a garden dominating the river furnishes a picturesque spectacle of the cloth dyers washing and drying their cotton materials on the sand in the company of herons, cows, buffalo, and donkey half immersed in the water to keep cool. Such a panorama was an invitation to attempt, by means of the architecture, to frame views from each floor of the building - for the benefit of the staff in their daily work, for festive evenings, for night views from the stage of the assembly hall, and also from the roof.
The structure is strongly disciplined; the building is oriented according to the prevailing winds. The east and the west facades have their brise-soleil calculated precisely according to Ahmedabad's latitude and the course of the sun, while the south and north facades are blind (or nearly so). The roof is used together with the bar for evening entertainment. The assembly hall is constructed of double, thin brick walls paneled in wood (the grain of which is extremely exaggerated in the photographs). The photographs were taken before the seats were installed – either random or concert seating, also two vertical tapestries are suspended from the ceiling for acoustical reasons. The hall is indirectly lighted by reflections from the curved ceiling, which in turn is kept cool by two gardens and a water basin on the roof.
Circulation: from the lowest level to the roof two elevators serve all the floors. A long ramp provides pedestrian access from the main office floor to the parking lot. However, in the monsoon season, the autos may park directly up against the brise-soleil which extend to the ground.
The north and south facades are constructed of unplastered brick; the east and west facades are of raw, unfinished concrete; the brise-soleil are clad in wood, and the walls in sheet metal.
The flooring is Delhi stone (Morak), which is also placed left and right on the walls up to the ceiling, according to the “Optimum Modulor“ system, and serves as a “stone Tapestry“ in the offices of the President and director, as well as for the roof terrace of assembly hall. 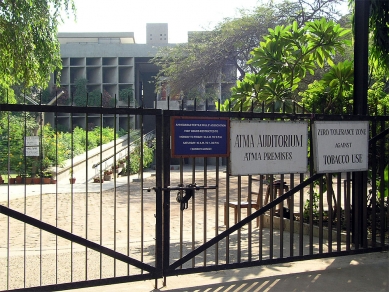 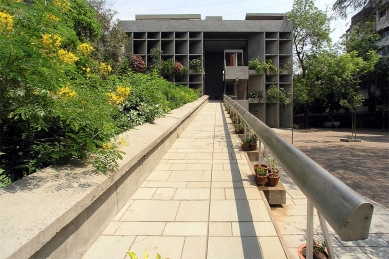 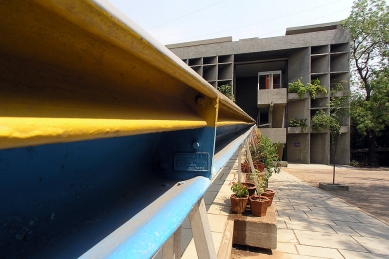 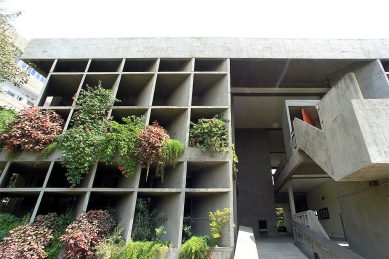 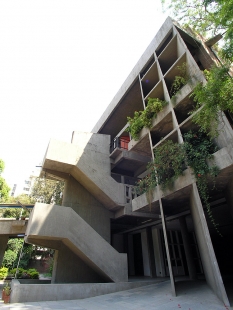 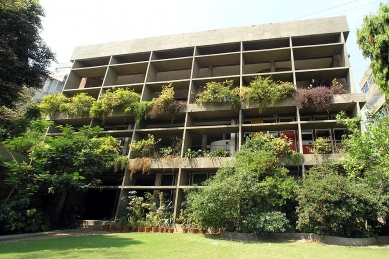 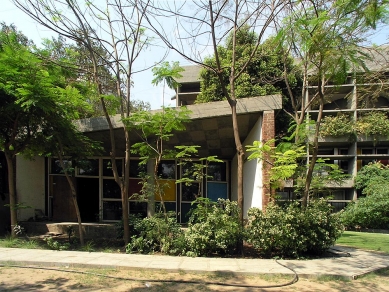 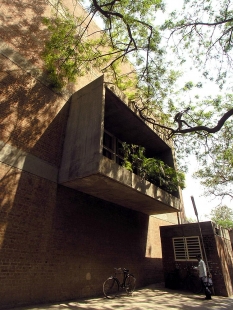 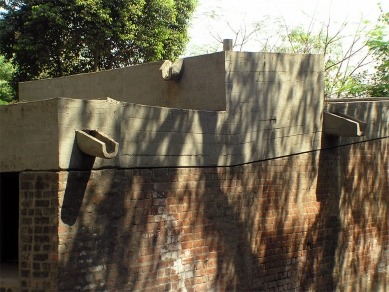 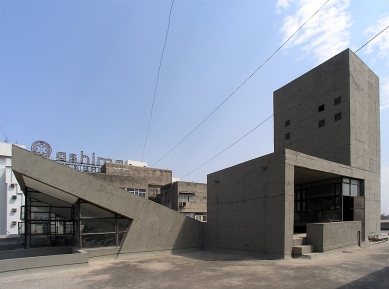 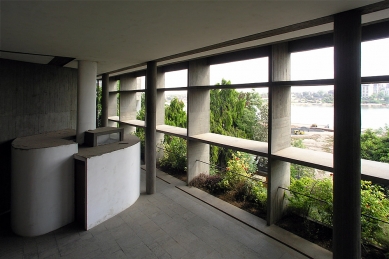 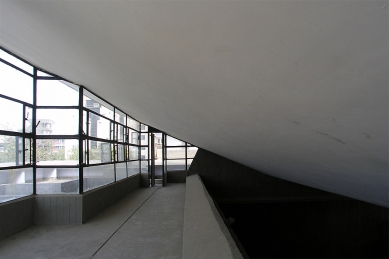 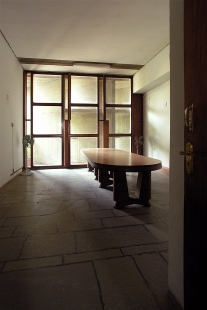 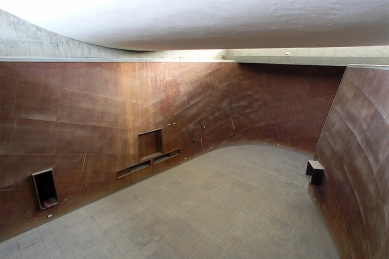 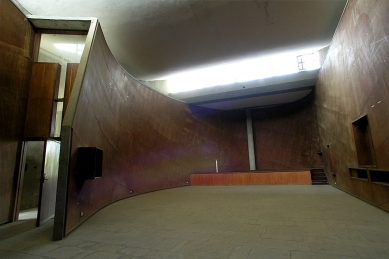 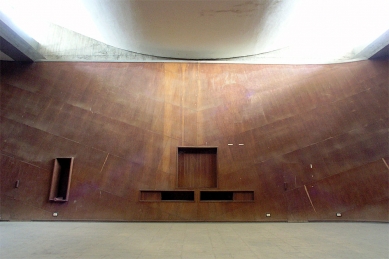 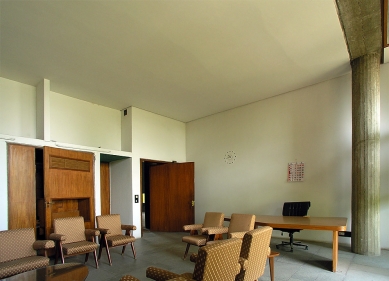 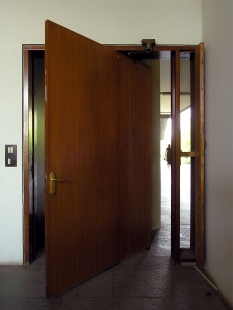 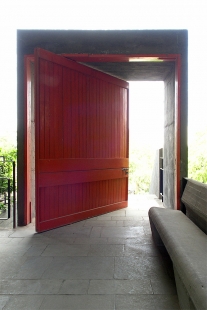 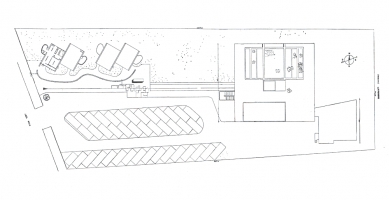 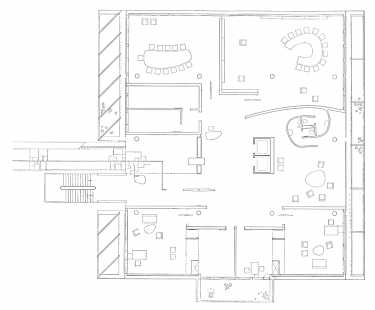 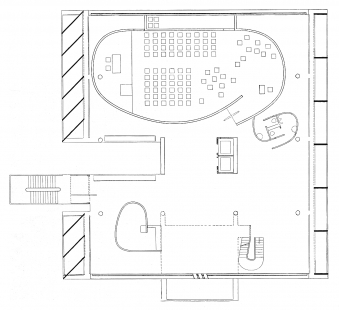