Company representation, consideration of the existing building structure, urban integration. Company headquarters in the inner city usually form blind spots, unattractive to the public and desolate after office hours. Therefore, the design is not understood as an architectural but as an urban task with the aim of maximizing public space on the building lot. With a number of plazas, a direct footpath from the main train station and the inner city and the integration of external uses, the area becomes more attractive to the public. The demand for maximum public use and communication dictates the internal organization of the building. The annex occupies two blocks of late 19th-century city fabric, and provides a new interpretation of the typical perimeter development with its semi-public and leafy courtyards. The urban sequence of expansions and squares is extended by a perron and a plaza evolving from it. Existing and new buildings are connected by the “boulevard” which consists of a transparent level hosting seminar areas, a restaurant, a cafeteria, meeting rooms, and other communication areas. The boulevard floats above the various garden spaces inside the building block, and connects the office spaces, eventually opening up at the main entrance and the head office, offering a representative face to the street. 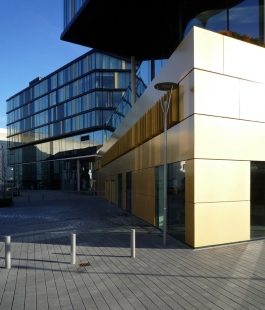 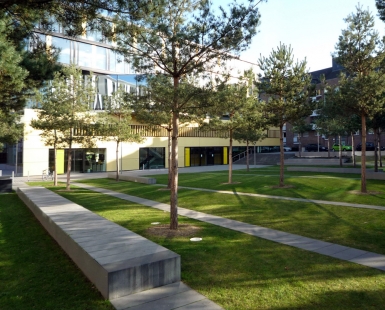 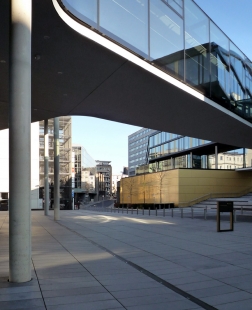 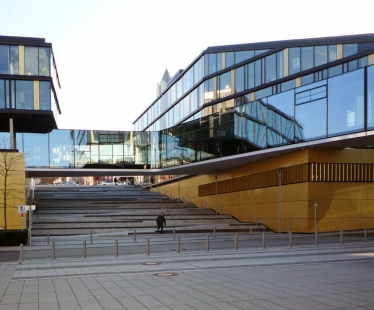 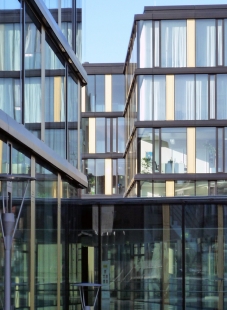 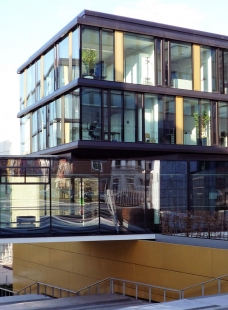 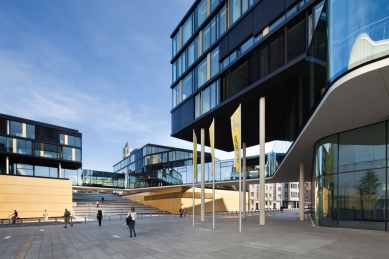 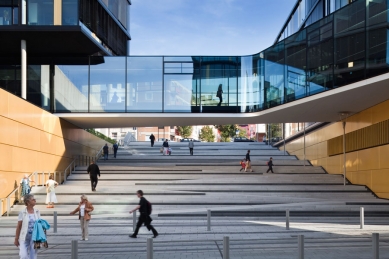 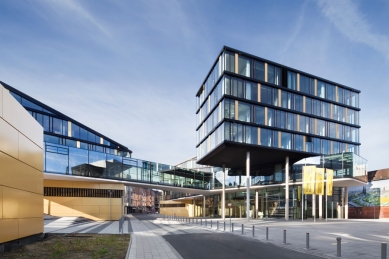 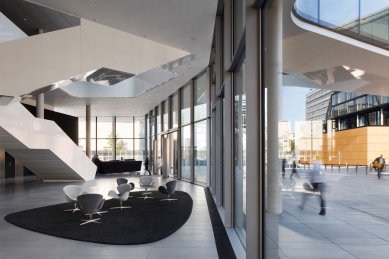 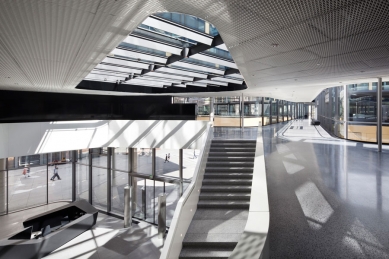 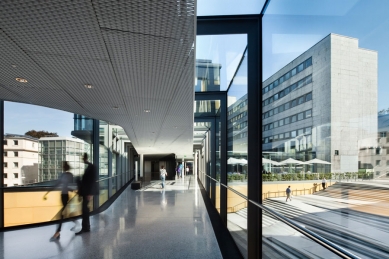 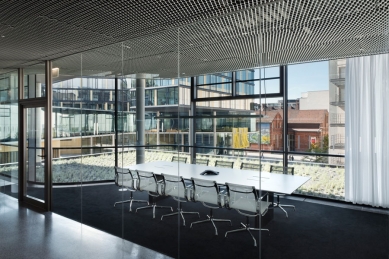 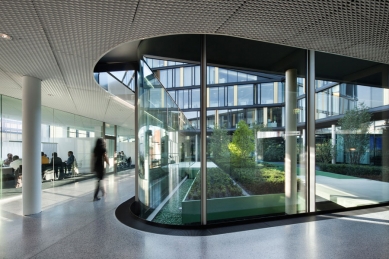 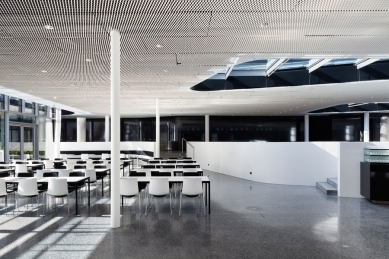 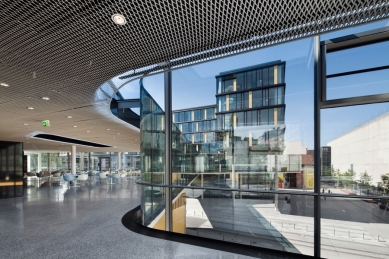 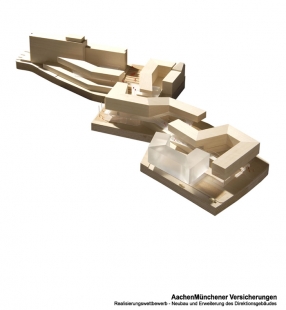 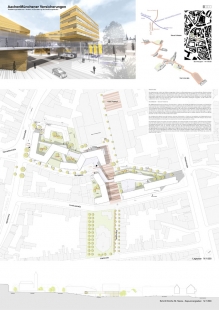 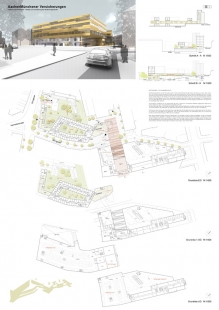 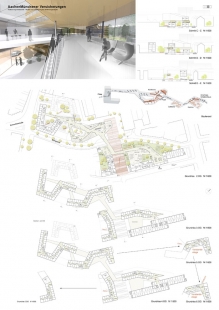 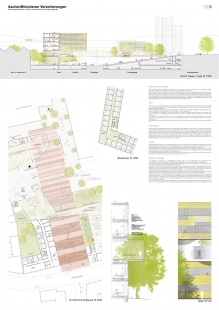