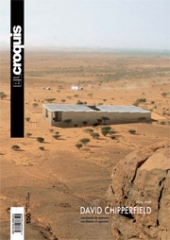 1400 Kč
The Museum Folkwang, founded in Hagen by Karl Ernst Osthaus in 1902, was the first museum of contemporary art in Europe. The most significant works were transferred from Hagen to Essen in 1922, from which point on, aside from a period when the National Socialists temporarily divested the collection, the museum was able to pursue a high level of collecting activity. Today, it is one the most high profile museums of the classic modern in Germany.
In 2007, David Chipperfiled Architects won the international architecture competition for the museum extension, held by the ciy of Essen, one year before Prof. Dr. Berthold Beitz, the Chairman of the Board of Trustees of the Alfried Krupp von Bohlen and Halbach Foundation, announced that the foundation would be the sole sponsor in providing the funding for the new building. The building was constructed by the Neubau Museum Folkwand Essen GmbH, a company of the Wolff Group. The opening of the museum is one of the most important cultural events to be held in Essen and the Ruhr region during their time as European Capitol of Culture 2010.
The new building by David Chipperfiled Architects complements the original building, continuing the architectural principle of an ensemble of six structures and four inner courtyards, gardens and galleries. The publicly accessible areas connect seamlessly with the existing exhibition areas. A generous open stairway leads from the Bismarckstrasse into the new foyer, which takes the form of an open interior courtyard with a restaurant and a bookstore, and is protected from the street by a glass facade.
Visitors are welcomed into a succession of differing rooms – exhibition areas with ceiling heights of up to six metres, library and reading room, multi-functional hall, events space, depots and restoration areas. Polished cement was used for the floors, which is similar in colour and texture to the cement stone used for the base. The translucent, alabaster-like facade consists of large square recycled glass slabs. The colour of the facade shifts with the changing natural light. The integrated window openings sit flush with the facade. The extension is aligned towards Essen's downtown, and together with the neighbouring Cultural Studies Institute addse a new urban architectural accent. 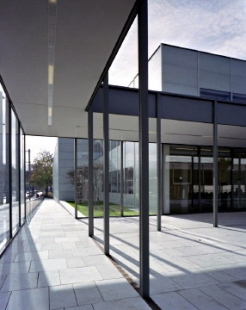 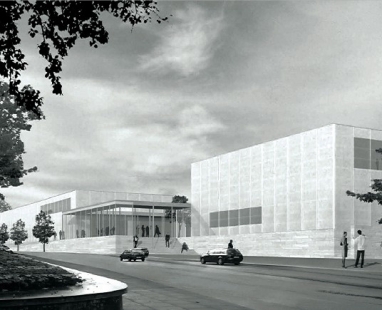 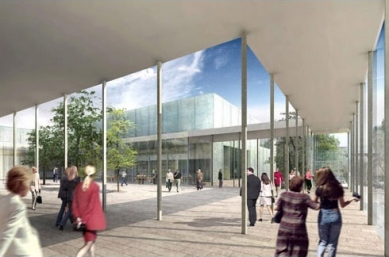 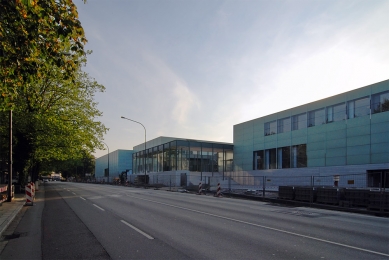