This is a house where deaf parents and two children are living. The two sides of the premises are facing narrow roads in an overcrowded residential area in Itabashi ward, Tokyo. The small main building built five years ago became so narrow for dwellers for three generations that they bought a piece of land neighbouring to their house to build an annex.
The house consists of two small rooms at the first floor, one big room in the second floor and the roof. It is two stories with box shape construction with many small openings only 200 mm squares randomly installed on the walls, floors and the roof. The openings of 200 mm square on the floor are used as atriums or as practical openings for communications between the first and the second floors. Communications are done through this small opening verbally between children with hearing capability and communications between parents without hearing capability and children with hearing capability are done by sign language.
Children sometimes call their parents' attention by dropping a small minicar. The openings on the walls are useful to take air and light from outside and in addition, they are used as a communication tool between a small garden and indoor. In the same way, the openings between the rooftop and the second floor and between the rooftop and the first floor not only work to take light from outside but also help communication of sign language. And also, the tree set up in the first floor is sticking out to the second floor passing through four or five 200 mm square openings. From this, the 200 mm openings become a conduit for human beings, plant, wind and light and human being communications to extend the inside and outside of the house in length and breadth in all directions.
It is possible to converse with sign language if we don't have hearing capability. Communications by sign language easily pierce through the window which separates the inside and the outside of the house. The small 200 mm square openings are installed at various places like the floor, roof, and wall and children with hearing capability, parents without hearing capability look very free and vivid and plants, light and wind are dynamically circulating from inside to outside. 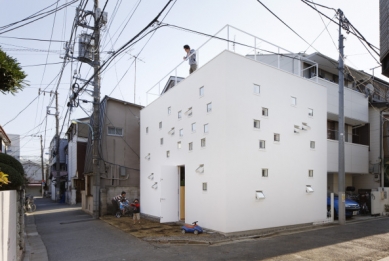 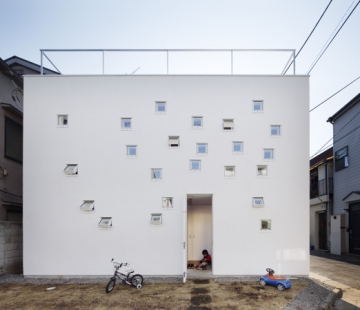 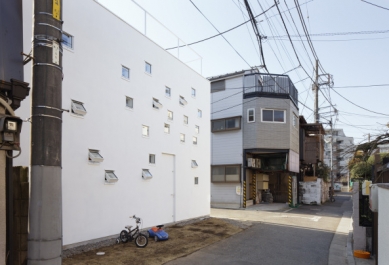 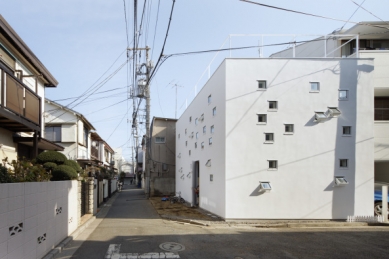 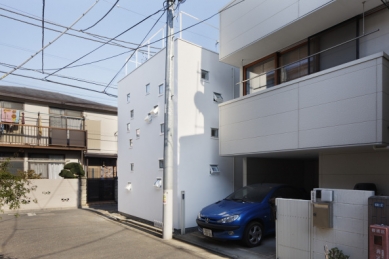 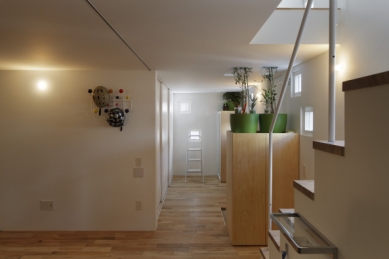 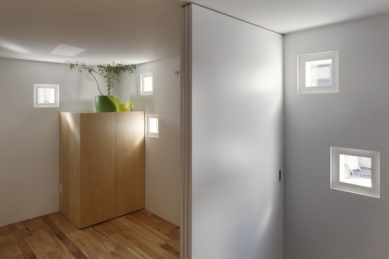 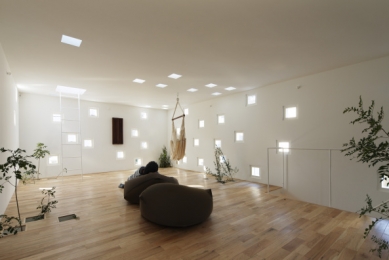 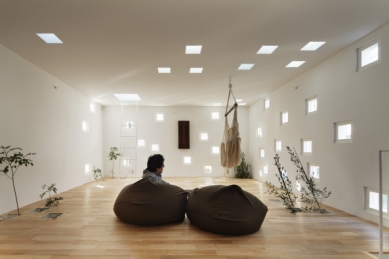 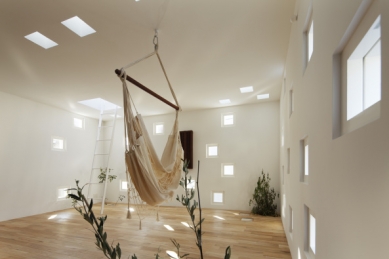 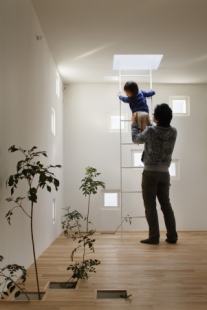 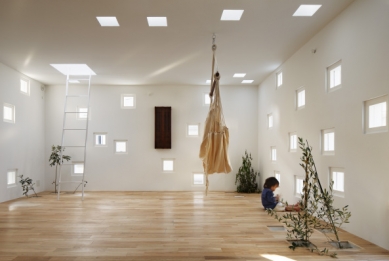 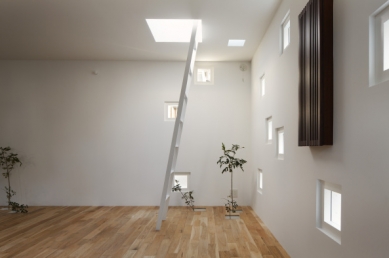 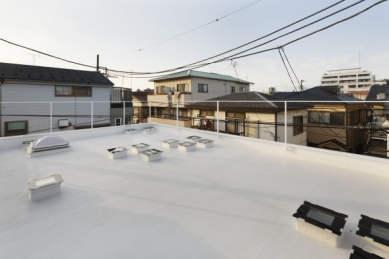 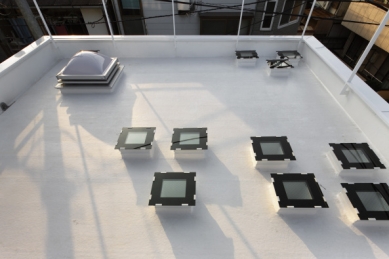 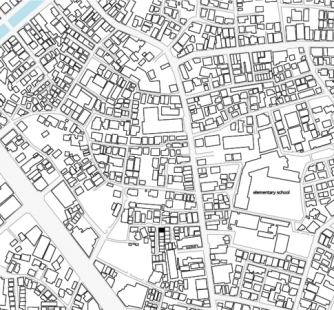 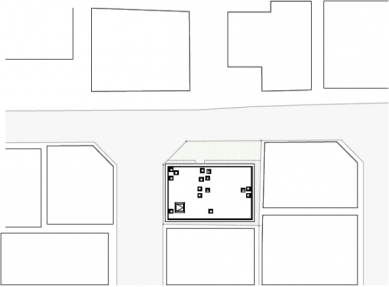 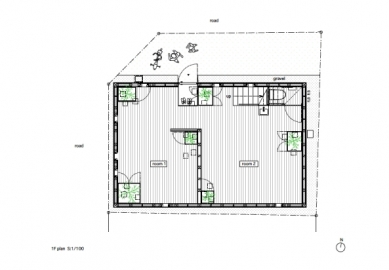 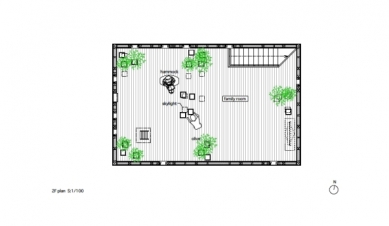 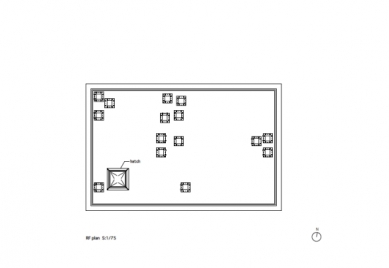 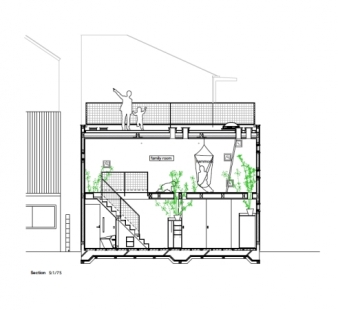 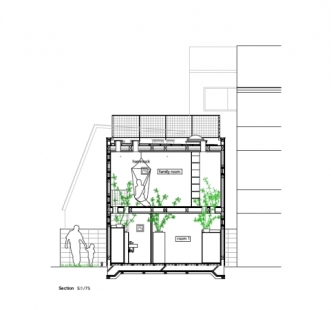 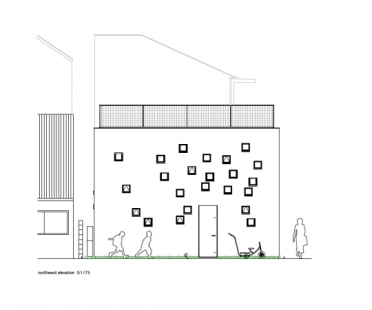