Between the two rivers, the Rhone and the Saône, the new pavilion takes in account the aerial steel structures.
Suspended on huge double crossing beams on the fourth floor over three strong pylons in the atrium, the two parallelepiped volumes of the building are shifted at 86°. The internal large atrium is scenographying the movements through the whole building. Seen from underneath when passing by along the river, under the cantilever of 28 meters long of the four floors above, the building is discovered through a glass ceiling.
The four facades is  the result of the meeting of the original artwork of Felice Varini  with the architecture of Odile Decq: it represents in the four directions the landscape erased by the presence of the building. These black and white photos play an ambiguous game between opacity, representation and transparency. 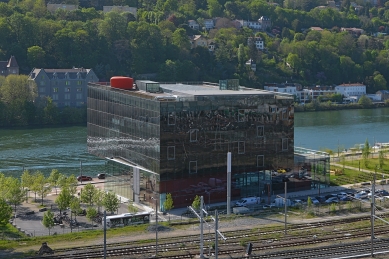 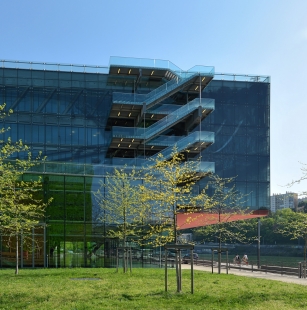 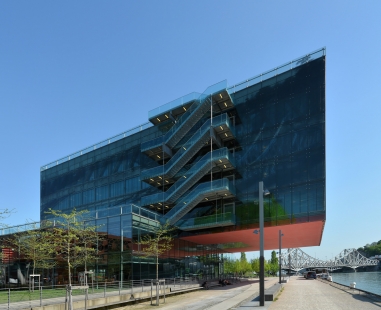 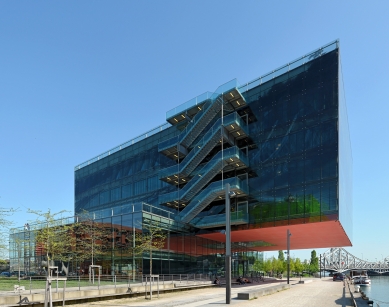 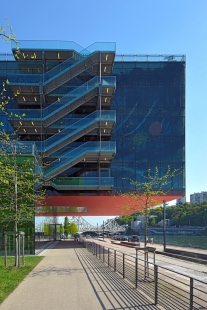 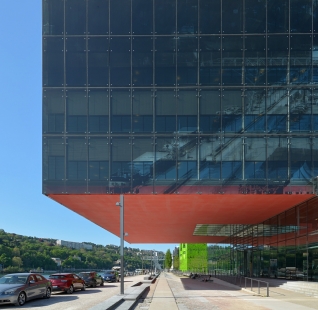 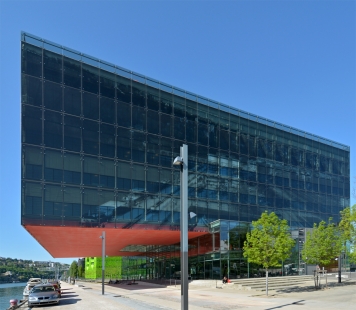 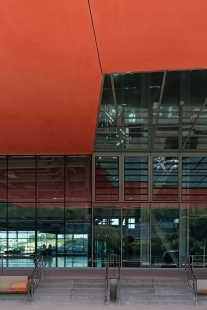 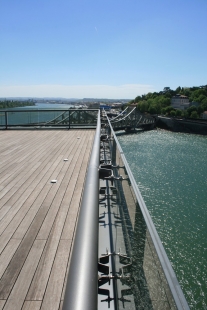 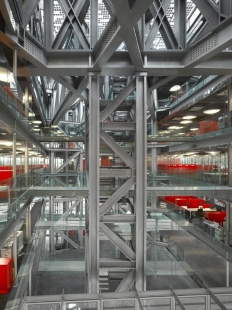 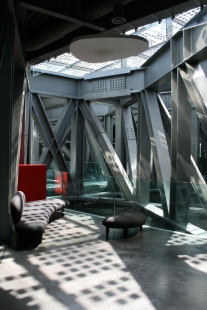 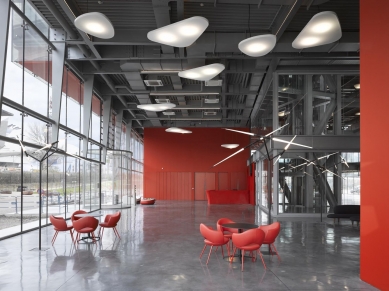 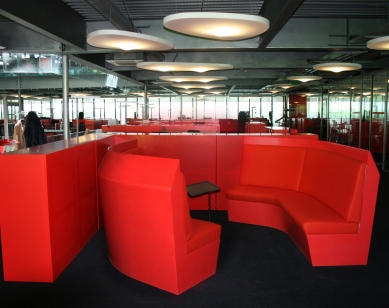 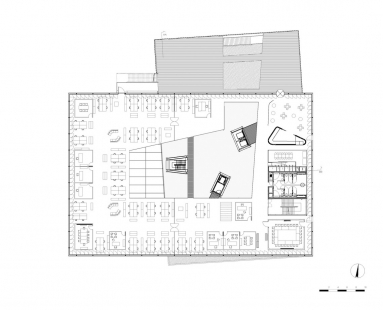 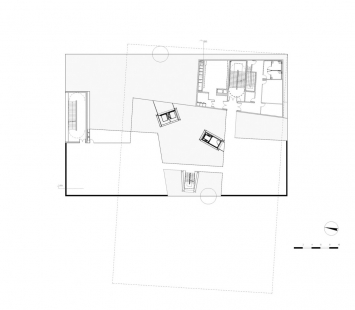 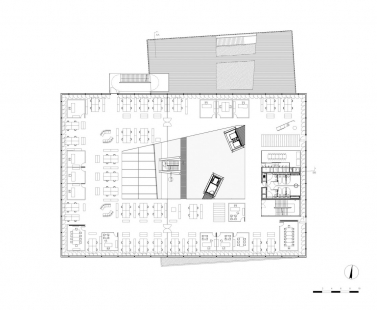 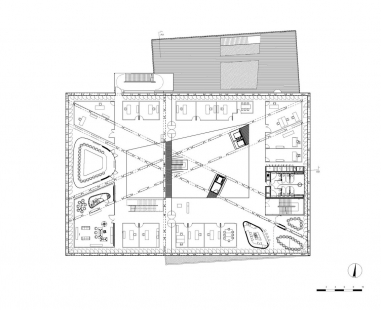 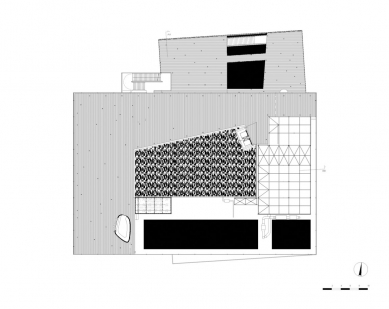 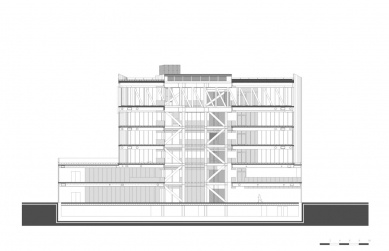 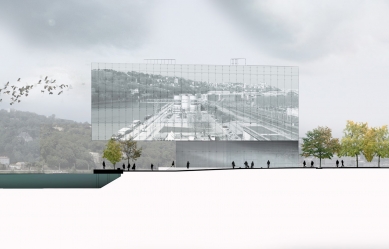 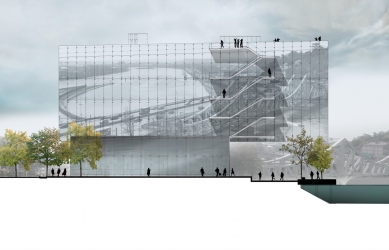