Renovation and expansion of the Morgan Library 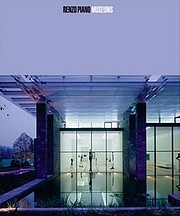 450 Kč
"The idea of the central court came to me as I thought about the ways piazzas function in the Renaissance towns of Italy." Renzo Piano

In order to welcome more visitors, and searchers, to present them a broader range of the collection, and to reinforce ultimately its characterizing campus atmosphere, the Morgan Library decided to reorganize its space thoroughly, while preserving its architectural legacy.
Both a museum and a library, the Morgan Library is the New York home of the financier JP Morgan’s collection, one of the world’s biggest and finest of rare Medieval and Renaissance literary and musical manuscripts, books, prints and drawings.
Installed in a building designed by New York architects McKim, Mead & White in 1906, on Madison Avenue between 36th and 37th streets, the Morgan Library later extended in the neighboring residence of the Morgan Family, then in the “Morgan library Annex Building” (built 1928), and subsequently in a series of other extensions.
Deciding such a delicate intervention was made first to bring a solution to interior public circulation, now inadequate, a consequence of various extensions, and also because Manhattan’s urban density did not allow the building of yet another wing.
The philosophy of the project was also to create a shelter, a “safe for the treasure”, excavated in Manhattan’s schist rock: an underground, 26,100 square feet space, on five levels, will be gained, in which will take place a 275-seat auditorium, and the vaults for storing the collection’s pieces, which will respect strict conservation regulations.
Above ground, a new building, made of three functional pavilions will insert itself between the three historical mansions, without touching them, in a space made available by the demolition of the later extensions. To create a scale unity, a global sense of balance, this expansion will respect the proportions of the three original buildings.
At the heart of the future complex, a “piazza” will distribute the space, facilitating circulation between the six different wings of the Morgan Library. Covered by a glazed, transparent roof, a “flying carpet” over the three new pavilions, the piazza will be the focus of the project, where all activities meet.
The first, two-storey pavilion, on Madison Avenue, will shelter, in addition to the new public entrance leading to the piazza, a temporary exhibition space, and the new, large reading room. Between the 1906 “McKim Building” and the “Morgan Library Annex Building” that it will link, the second pavilion, a 20-feet sided cube, will shelter the permanent exhibition of the finest items of the collection. The third part, on 37th Street, will house offices and administration. 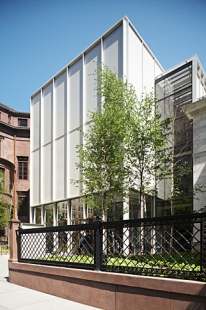 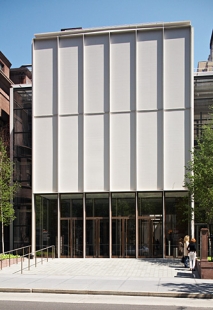 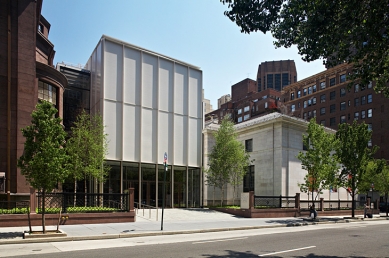 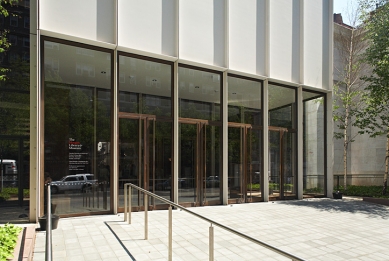 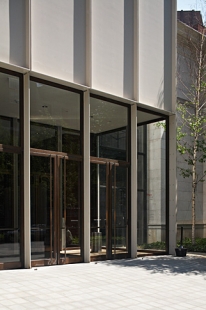 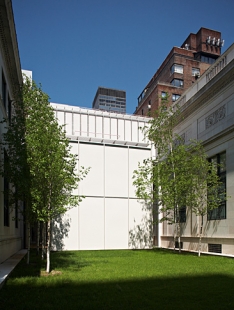 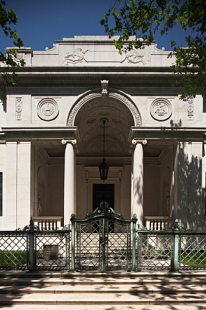 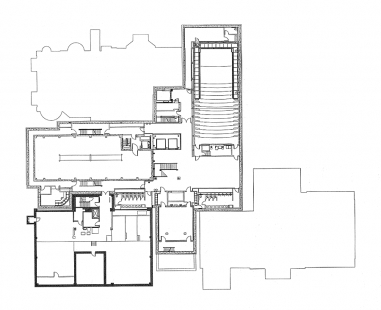 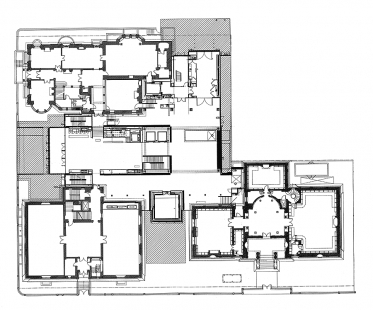 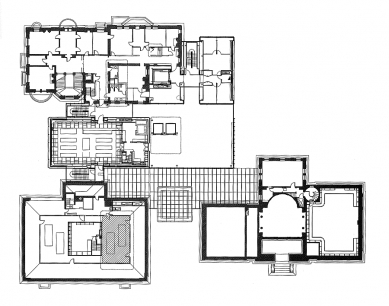 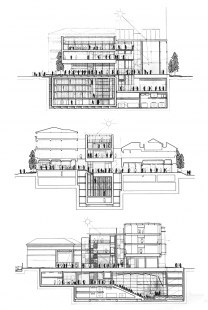 Rehabilitation of the Ronchamp site